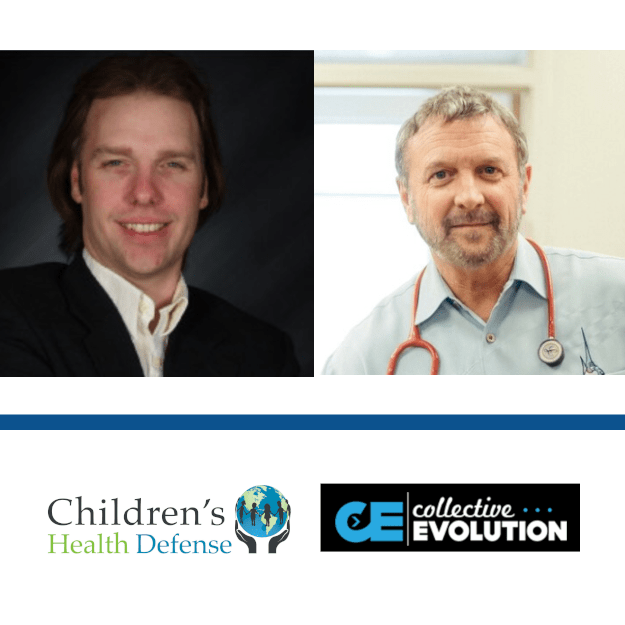 DETAILS
Inadequate support: The analyses conducted in the study are based on a new, unvalidated metric developed by the authors, for which they did not provide evidence showing it to be a reliable indicator of disease incidence. Potential bias may also have affected the diagnosis of illnesses in unvaccinated and vaccinated children, which is not accounted for in the study.
INFORMATIONS CLES

AFFIRMATION COMPLETE: “vaccinated children appear to be significantly less healthy than the unvaccinated”

The claim that unvaccinated children are healthier than vaccinated children is common in vaccine-skeptic and anti-vaccine circles. The claim was recently revived on Facebook after a study was published on 22 November 2020 in the International Journal of Environmental Research and Public Health[1]. Articles were also published promoting the study, such as this one by Collective Evolution and this one by Children’s Health Defense, a group that campaigns against vaccination. Both articles went viral on Facebook in early December 2020. These articles have received more than 11,000 interactions on Facebook, according to social media analytics tool CrowdTangle, while the study itself has received another 11,000 interactions.

Several studies were cited to support this claim, two of which were also cited in the latest study published in the International Journal of Environmental Research and Public Health. One of them is a study by Mawson et al. published in 2017, which was replete with methodological errors and flawed statistical analyses, as detailed in this Snopes article. The other was published by journalist Neil Miller and chemical engineer Brian Hooker, which was also found to contain several methodological problems, as covered in an earlier review by Health Feedback.

The November 2020 study was published by James Lyons-Weiler, who wrongly claimed that the virus that causes COVID-19 contains a manmade sequence, and Paul Thomas, a pediatrician who has spread vaccine misinformation. Thomas’ medical license was recently suspended by the Oregon Medical Board, on grounds that he breached “the standard of care” and placed “the health and safety of many of his patients at serious risk of harm.”

The study examined the billing and medical records of 3,324 patients from Integrative Pediatrics, a clinic run by Thomas. Of the 3,324 patients, 2,763 received between one and 40 vaccines. To determine if there was a difference in disease burden between unvaccinated and vaccinated children, the authors compared the children based on a new metric created for the study, called Relative Incidence of Office Visits (RIOV).

David Gorski, professor of surgery and Wayne State University and editor of Science-Based Medicine, explained the numerous problems with the authors’ approach in this article, particularly with the use of RIOV, a metric that has not been shown by the authors to be a reliable proxy for disease incidence:

“The authors claim that RIOV ‘reflects the total number of billed office visits per condition per group, reflecting the total disease burden on the group and the population that it represents,’ but no good analysis or references are provided to show that RIOV does, in fact, correlate with disease burden, particularly when using billing data. Doing matched analyses for patients with similar ‘days of care’ (DOC) in the practice, which is claimed to be ‘unbiased’ (excuse me if I doubt this, given that there wasn’t really a good demonstration that […] the choice of children with matched DOC was, in fact, ‘unbiased’) doesn’t change this. If the primary outcome is a new, unvalidated metric, it is incumbent upon the investigator to demonstrate its robustness.”

Gorski also highlighted the possibility that Thomas’ own views on vaccines affect the way that his practice approaches diagnoses of autism:

“Dr. Thomas believes that vaccines cause autism. That right there introduces unconscious bias that could affect how likely he and his staff are to investigate subtle signs of autism and [to refer out] for evaluation based on vaccination status and how likely he is to ascribe various diagnoses to ‘unvaxxed’ children compared to ‘vaxxed’ children. One can easily imagine this bias leading to unvaccinated children to be less likely to be given an autism diagnosis than vaccinated children or to be—dare I say?—brought into the office as often for various conditions that Dr. Thomas attributes to vaccines.”

Ironically, as Gorski pointed out out, the study’s Table 7 (see below) demonstrates that vaccines work, with a statistically significant decrease in the incidence of vaccine-preventable diseases in vaccinated children compared to unvaccinated children. 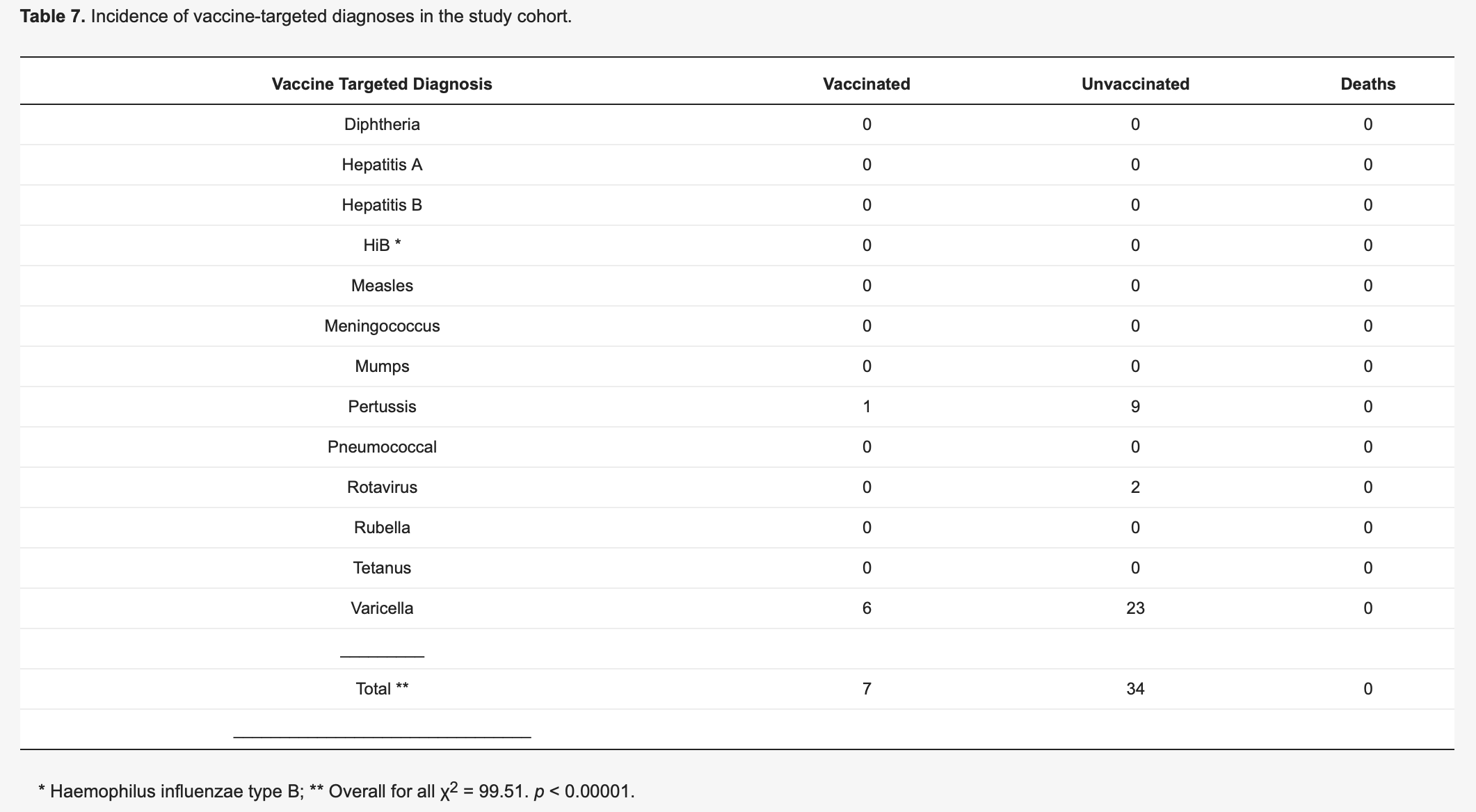 Figure 1. A table from Lyons-Weiler and Thomas’ study. Note that the disease incidence reported in this table is based on the actual number of cases rather than RIOV.

Several well-designed studies examining differences in health and developmental outcomes between vaccinated and unvaccinated children did not detect adverse health outcomes in vaccinated children. A 2004 study in Pediatrics showed no association between vaccines and developmental delay[4]. Another study found that children who were vaccinated in the first year of their lives performed better on cognitive tests[5]. Similarly, children who received measles vaccination in developing countries, specifically Ethiopia, India, and Vietnam, achieved better cognitive test scores than those who didn’t[6]. A 2011 study in Germany, which examined the incidence of allergies and infections among more than 13,000 individuals, did not find adverse health outcomes associated with vaccination[7].

Another study in Germany, published in 2014, examined more than 1,300 individuals and found that vaccination was associated with a significantly lower incidence of asthma[8]. A 2020 Cochrane Review of 138 studies showed no evidence supporting an association of measles, mumps, and rubella vaccination with asthma, bacterial or viral infections, cognitive delay, type 1 diabetes, dermatitis/eczema, and hay fever[9]. At least 20 studies found that vaccines are not associated with autism[4,10-29], as this Health Feedback review discussed.

Vaccines are safe and effective. The U.S. Institute of Medicine concluded in a 2013 review that the childhood immunization schedule is safe[13]. The Vaccine Education Center at the Children’s Hospital of Philadelphia also summarized the scientific evidence showing that vaccines are not associated with a higher risk of asthma or allergies and neurodevelopmental problems like attention deficit/hyperactivity disorder. The American Academy of Pediatricians compiled a list of studies relevant to vaccine safety here.