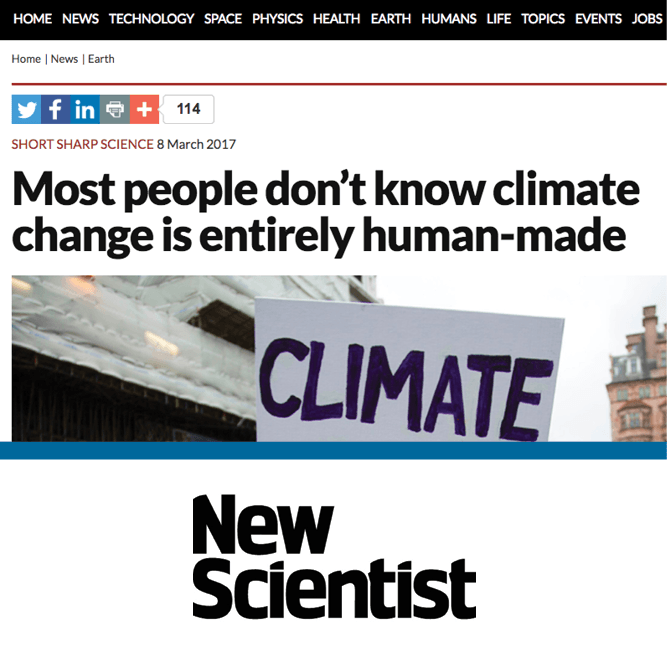 DETAILS
Overstates scientific confidence : The statement gives the impression of high confidence in this exact number, while a little more caution is warranted.
INFORMATIONS CLES

The best estimate of the portion of global warming observed since 1950 that is due to human influence is indeed around 100%. There is some uncertainty as to whether humans caused a little bit more or a little bit less than 100% of the warming.

AFFIRMATION COMPLETE: ... more than 100 per cent of the warming over the past century is due to human actions. How can it be more than 100 per cent? Because without us the planet would likely have cooled very slightly thanks to natural factors such as volcanic emissions and orbital changes.

Andrew King, Research fellow, University of Melbourne:
While I wouldn’t go quite as far as saying more than 100% of warming is due to human activities (because there are uncertainties on these numbers and it may be just under 100%) the point the writer is trying to make is essentially correct. Without human influences on the climate we would have had virtually no trend in global temperatures so all of the warming since about 1950 can be attributed to the human influence on the climate.

Francois-Marie Breon, Senior Scientist, Commissariat à l'Energie Atomique:
There is no doubt that human activities led to climate warming during the last 100 years. The contribution of natural processes (the sun, volcanoes, natural variability…) is small in comparison. However, there is significant uncertainty on the natural contribution and it is not yet clear whether the Earth would have warmed or cooled during the past century without the anthropogenic perturbation. Thus, the anthropogenic contribution to the observed warming is close to 100%, but it is not demonstrated whether it is larger or smaller than this number.

Andreas Schmittner, Associate Professor, Oregon State University:
I’d say that the statement is mostly correct. The only difference between the statement and the study it is hyperlinked to is that the study considers the temperature trend from 1950 to 2010, so the last 60 years and not the past century as noted in the statement.

I’d also note that the cooling due to natural factors is not statistically significant in the study.

From the IPCC’s Fifth Assessment Report:

« It is extremely likely that more than half of the observed increase in global average surface temperature from 1951 to 2010 was caused by the anthropogenic increase in [greenhouse gas] concentrations and other anthropogenic forcings together. The best estimate of the human-induced contribution to warming is similar to the observed warming over this period. » 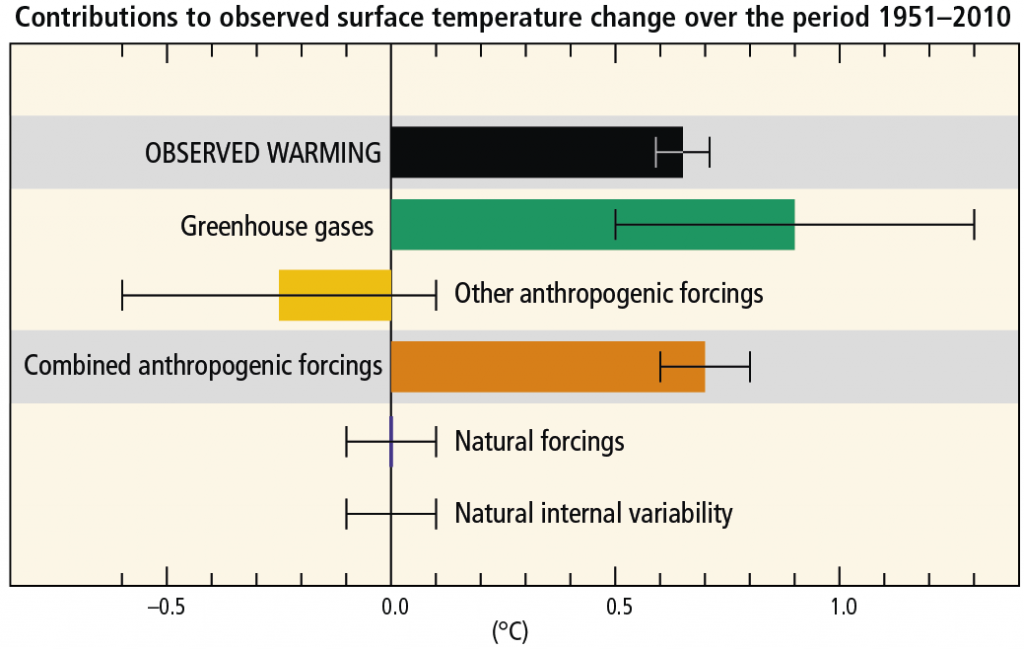 Figure showing the best estimate of the human-induced contribution to warming between 1951 and 2010. Black lines show confidence intervals.