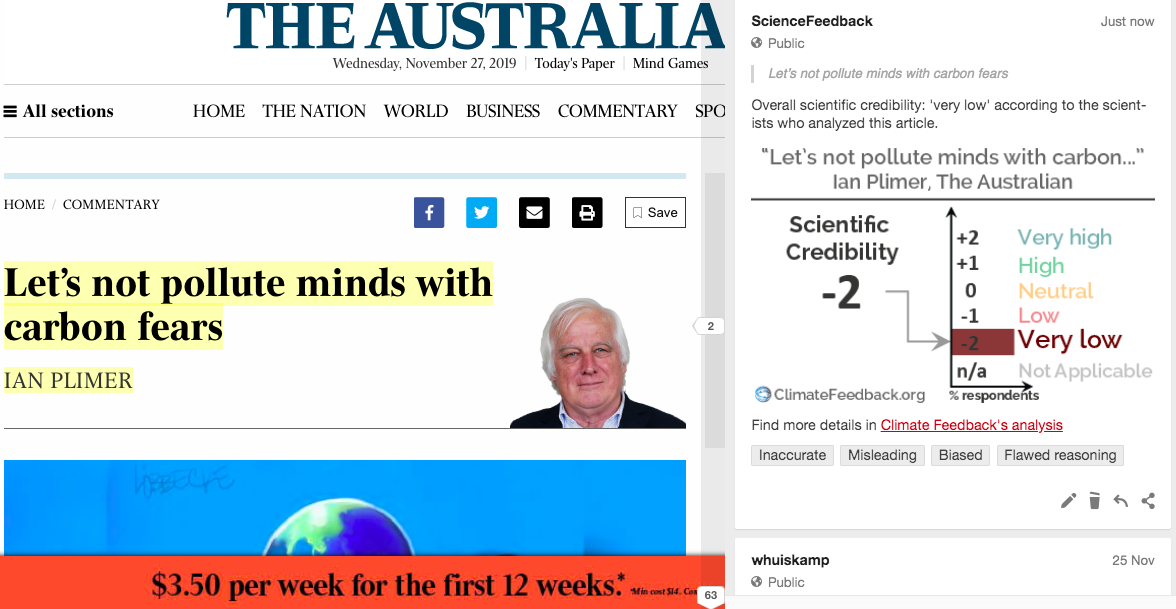 “This article is a mixture of misdirection, misleading claims, and outright falsehoods. The author attempts to paint a picture of current climate change as simply a continuation of natural changes that have occurred in the past. But this neglects the clear evidence that climate change over the last two centuries has been shown to be largely man-made, that it is much more rapid that anything we have seen in the last two thousand years if not longer, and that it is occurring in the context of a globe with more than 7 billion human inhabitants.”

“This article is a prime example of false equivalence, putting fringe figures side by side with mainstream scientific findings while failing to distinguish between their respective credibility. It is rife with numerous factual errors and misrepresentations. Anyone unfortunate enough to read it will understand less of the science – as actually appears in peer-reviewed publications and conferences – not more.” 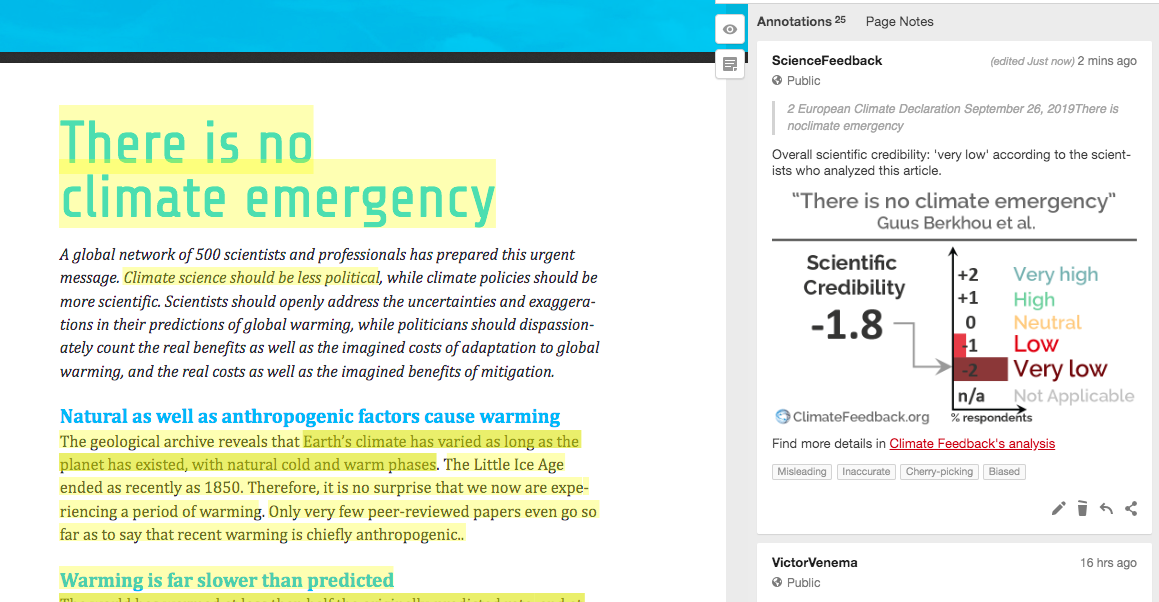 “The scientific content is completely inaccurate, undocumented, and fails to bring proof for its claims. The ending of the Little Ice Age in 1850 has no logical link with the fact that the Earth is warming now. Most past climate variations have been slower or less intense as the present one, and if they were as fast or severe they brought about mass extinctions in the biosphere. No explanation or proof is brought on the implausibility or inaccuracy of climate models (whose accuracy or uncertainty is precisely quantified and makes their use better than just random guesses).” 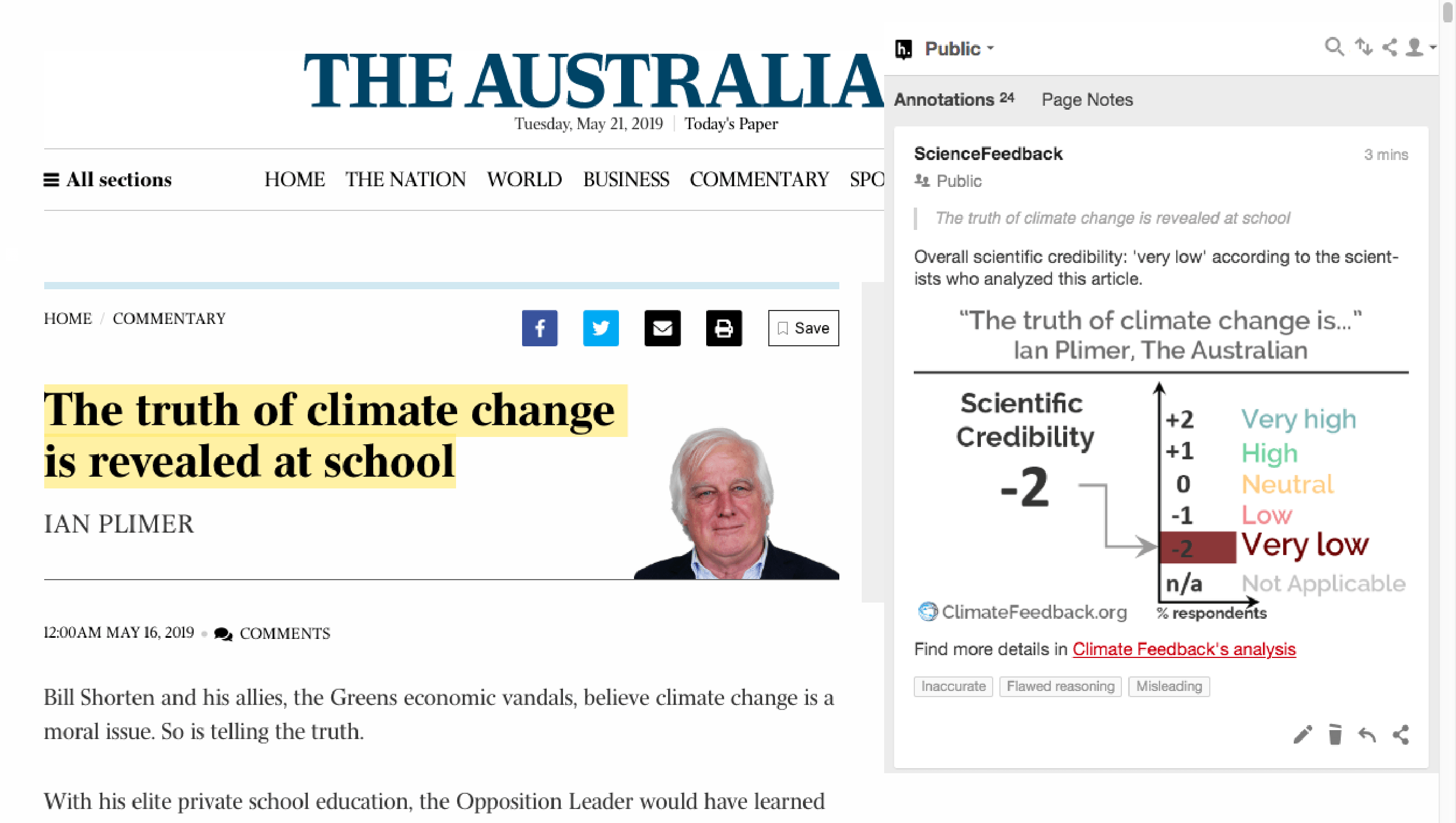 “If you think that potentially causing hundreds of millions of refugees and trillions of dollars in damages is fine because some plants did well in the same conditions millions of years ago when humans weren’t around, then you could support this article.” 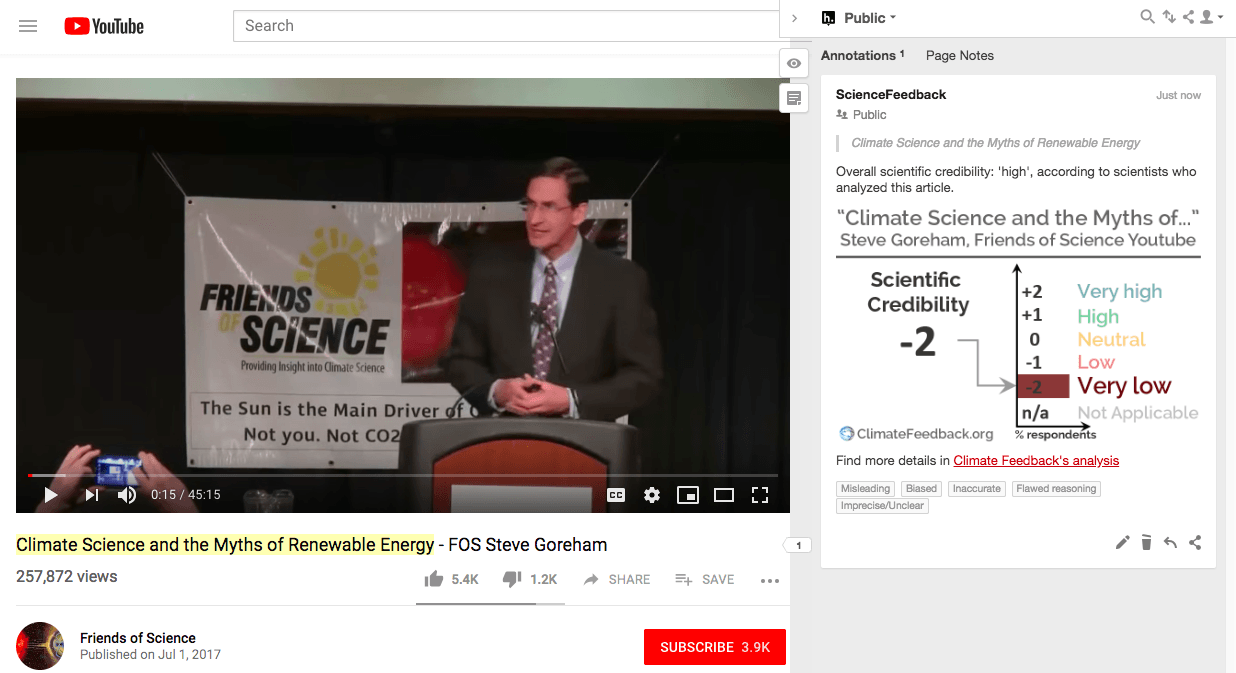 “The video presents a litany of the usual climate denier talking points, none of which hold any water. It is full of outright false claims and does not even shy away from presenting a fake TIME magazine cover that supposedly warned of an ice age. “Friends of Science” is an advocacy group “largely funded by the fossil fuel industry”” 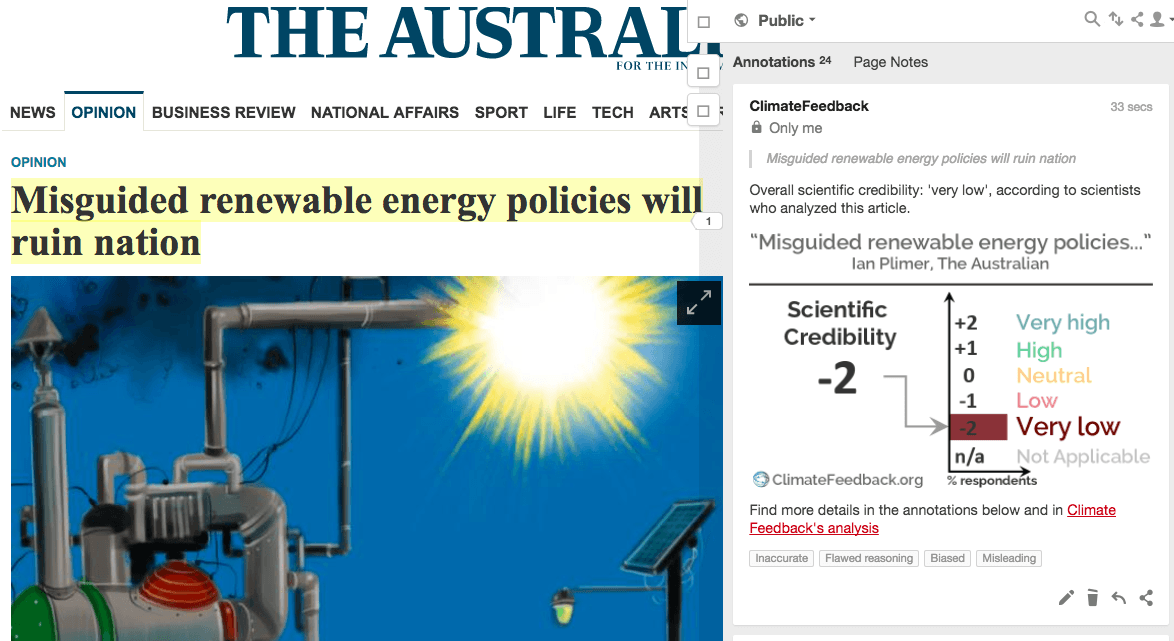 “Yet another in the exhausting heap of opinions choosing not to engage with evidence, while still expecting readers to believe inaccurate and baseless claims. It is baffling why publications such as The Australian wish to promote opinions that are both not well-argued and demonstrably not based on fact.” 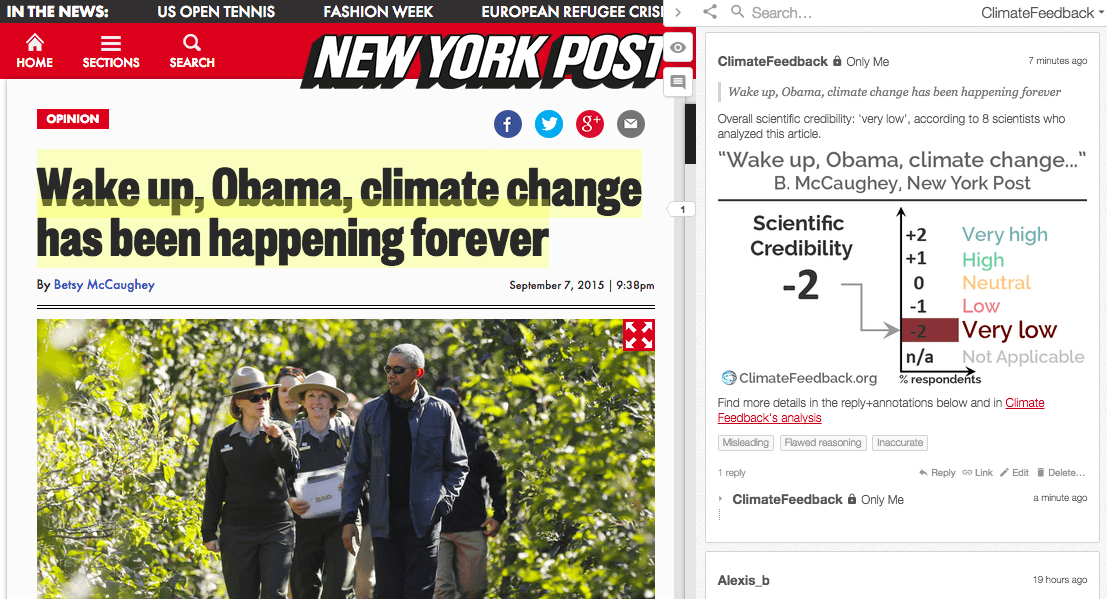 Analysis of “Wake up, Obama, climate change has been happening forever”

“the evidence of accelerating glacier melt and retreat in response to manmade warming is crystal clear. Any other conclusion is willfully ignoring the data, the facts, and the conclusions of the entire glaciological community.”