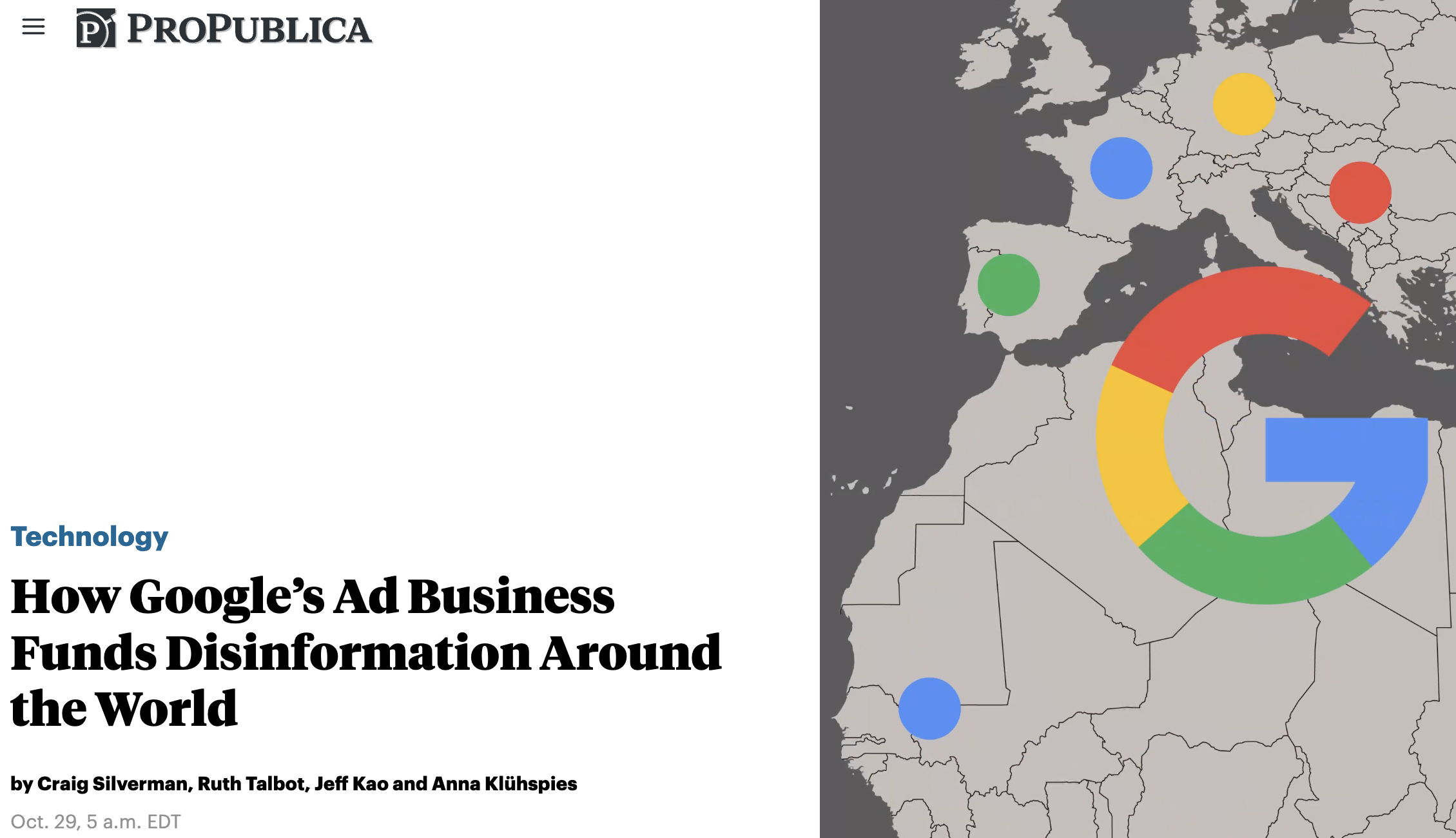 Back in December 2021, Science Feedback conducted a quick check on the extent to which Google’s then-new policy on demonetizing climate change denial content was enforced. Our study focused on videos published on Youtube.

We first found that Google’s policy was too narrow: about half of the videos that scientists had rated as propagating misinformation on climate change fell outside the scope of Google’s demonetization rules (not all of these videos displayed ads, however). In addition, even for the videos that were covered by the new policy, half still carried – and hence profited from – ads. All in all, about half of videos propagating misinformation on climate change were still monetized by Youtube.

Our findings were corroborated by at least another investigation that came out around the same time, establishing strong support for the idea that the new policy was a work-in-progress that still required very significant improvements if it was to meet its intended goals.

One year on, ProPublica is releasing a larger investigation looking at the current state of Google’s placement of ads on websites that are known to frequently carry misinformation on Covid-19 (another of Science Feedback’s main focus areas), election disinformation and climate change. Their investigation is the largest to date on ad scrutiny in languages other than English.

Overall, ProPublica finds that Google still monetizes many websites and articles that promote harmful misinformation, much of which is in direct breach of its stated demonetization policy. Enforcement of its own rules on languages other than English is particularly lacking.

Even more importantly, considering that the URLs scanned contained only the most unambiguous forms of climate change misinformation, and that the sample we shared was weighted heavily towards English-language content (on which Google tends to perform much better than on other languages), ProPublica’s findings almost certainly underestimate the true extent of Google’s monetization of climate change misinformation content.