“It can be very hard sometimes as a reporter to separate out the political statements from the science on both sides.
And so I don’t want to hear an activist to say climate change caused hurricane harvey because that’s not accurate. I want to hear a scientist say, ‘well it can make it worse, we are doing studies to find out if that was actually the case’ so that’s what I really appreciate with Climate Feedback. […] That’s a good example of something I would like to see more of.” 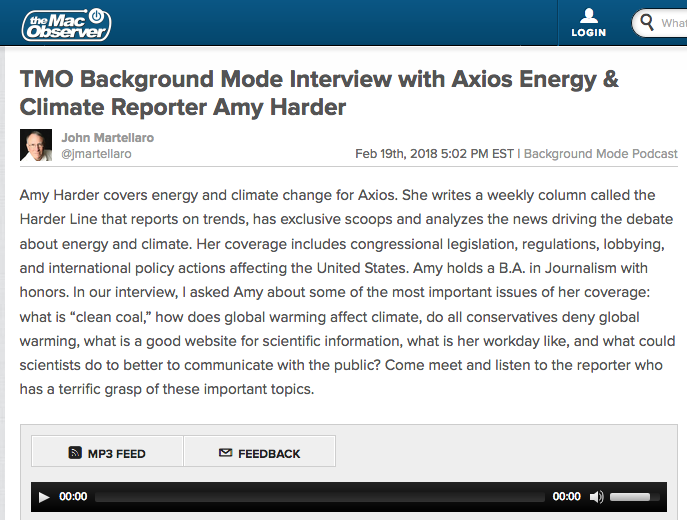