“Recently, a conservative think tank called the Heartland Institute sent an elaborate booklet called “Why Scientists Disagree About Global Warming” to schoolteachers all over the country. Some have worried that, since it is a piece of “unscientific propaganda” containing false claims about climate science, it will “mislead tens of thousands of students.” But the scientists at Climate Feedback, a nonpartisan institution that evaluates claims about climate science in the media, had a different perspective. While giving the Heartland Institute’s report an “F” for accuracy, and thoroughly debunking its various claims, they didn’t simply tell teachers to throw the document away and forget it showed up. Instead, they said, “this book provides an opportunity for science teachers to teach their students about fallacious reasoning, as well as common misconceptions about climate science and the deceptive talking points that today floods their social media feeds.”” 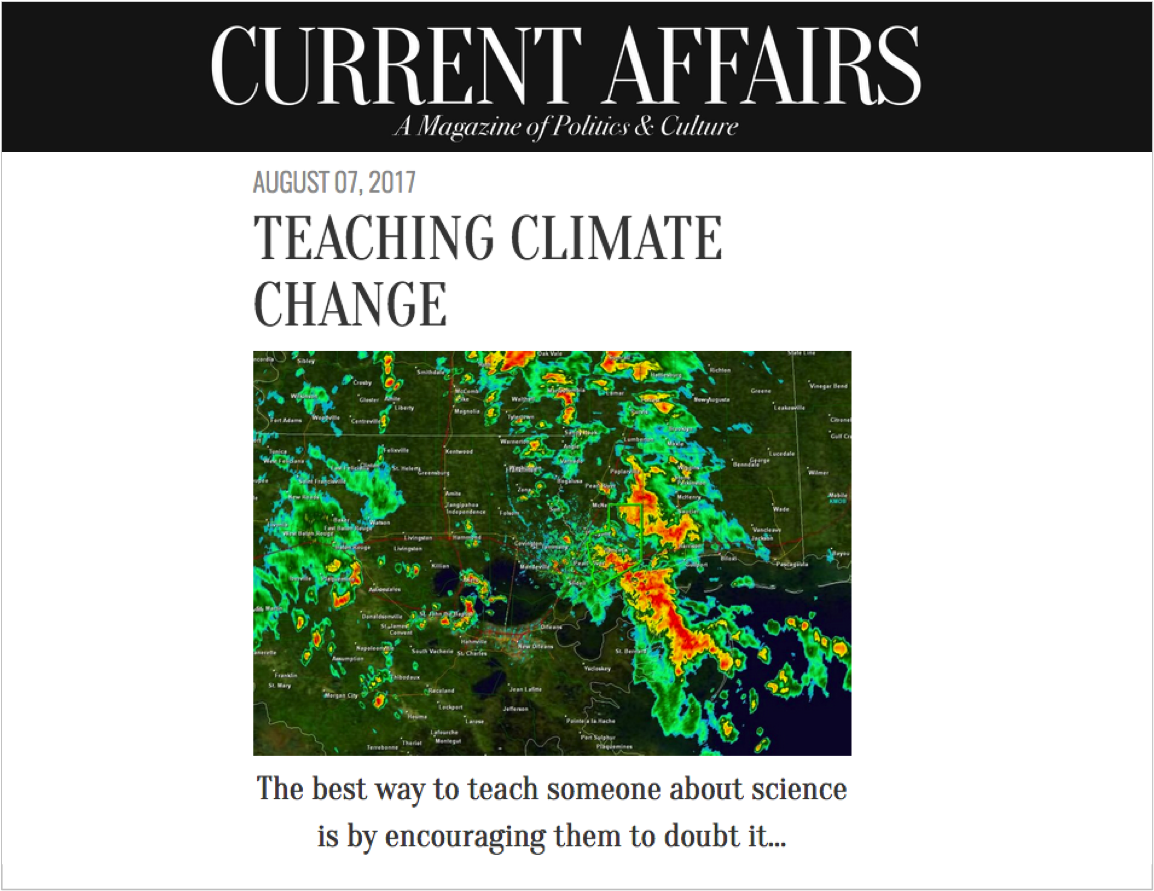