“It’s unlikely to come across as just another press-bashing exercise by advocates for or against what generally is cast as the “mainstream” science on the issue. In fact, the new climate reporting “watchdog” group […] is made up of more than 100 Ph.D. scientists, among them a fair sampling widely recognized and respected in climate science circles.” 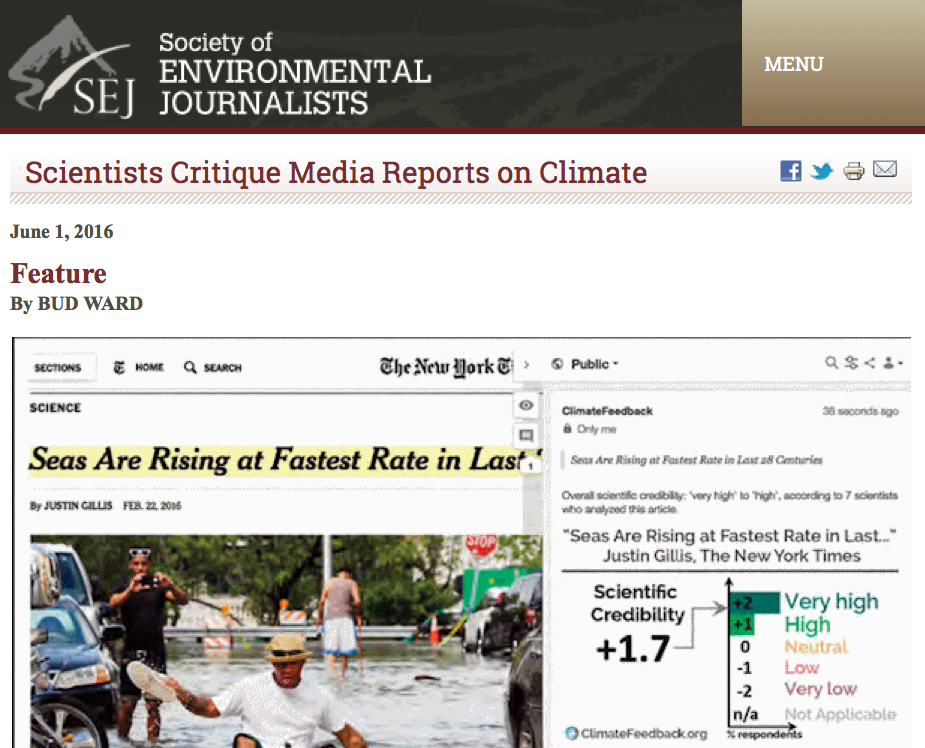