Five scientists analyzed the article and estimate its overall scientific credibility to be 'high' to 'very high'. more about the credibility rating
A majority of reviewers tagged the article as: Accurate, Insightful, Sound reasoning, Unbiased. 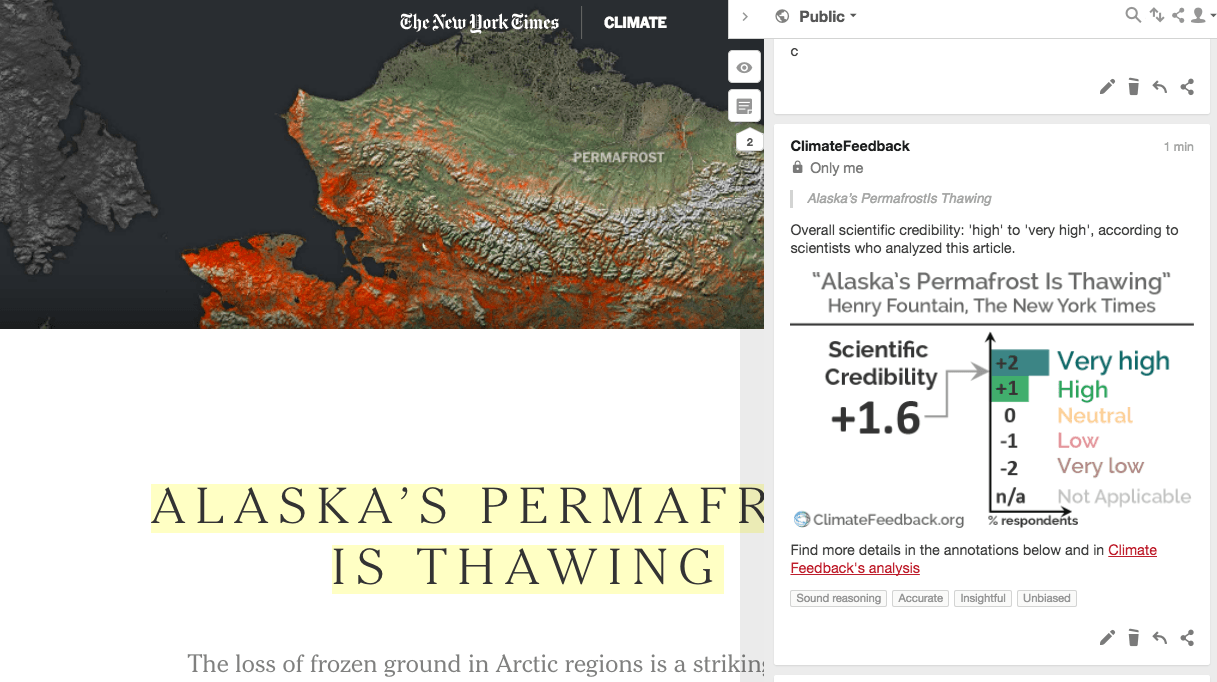 This story in the New York Times looks at the thawing trend of permafrost (permanently frozen soil and sediment) in Alaska as the region warms due to climate change, and the potential for this landscape to be an additional source of greenhouse gases in the future, which would further amplify global warming.

Scientists who reviewed the article found that it accurately represented current research on the region, which shows that Alaska’s area of permafrost is shrinking as more and more ground thaws. This destabilizes the land surface, damaging buildings and infrastructure, and allows frozen organic matter to decay. Given the uncertainty in future projections of greenhouse gases released by thawing permafrost, however, providing more information than just the upper end of the range could help readers understand this feedback more clearly.

Miriam Jones, Research Geologist, United States Geological Survey:
This article accurately represents the state of our knowledge on permafrost thaw and carbon dynamics, and it conveys why this is an important issue to study for the future state of our planet.

I take slight issue with the description of the age of the permafrost (“centuries”); the author could have gone bolder and said centuries to many millennia, since permafrost carbon age can range from a few centuries to as old or older than the last glacial maximum (20,000 years ago).

Permafrost thaw is described as gradual and “top down”, which is definitely true, but it’s not the only way it thaws. It can thaw laterally, from below, and much faster than gradually.

Ben Poulter, Research Scientist, NASA:
The observations being made by Woods Hole Research Center researchers on the thawing of permafrost is consistent with other ecosystem changes taking place in the region that are related to climate change. These include increased growing season length, decreasing arctic sea ice, disruptions to infrastructure, and changes in wildlife populations. The main uncertainty (which this work contributes to reducing) is related to how strong the permafrost-climate feedback is, and how continued climate change will destabilize the high-arctic frozen soils.

Andrew MacDougall, Assistant Professor, St. Francis Xavier University:
Overall the article does a good job of summarizing the potential effects of the permafrost carbon feedback to climate change. However, the article highlights the very upper-end of the estimated strength of the feedback instead of giving the most likely values or ranges. 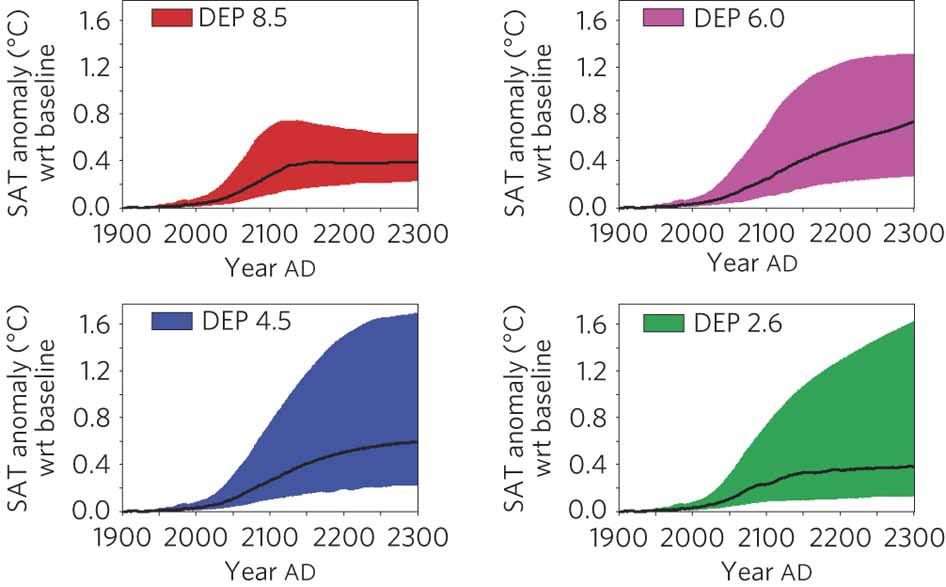 Charles Koven, Research Scientist, Lawrence Berkeley National Lab:
The article is accurate in its descriptions of the physical and ecological processes that are behind permafrost changes. It also does a good job of getting across the nature of the work of actual scientists working in the field, what they are doing and why they are doing it.

Jeff Chanton, Professor, Florida State University:
I work in this field, and I think they have it right.