(CANDIDATE 12) - Scientists estimate that this presidential candidate’s understanding of climate change is “Very low”. more about the credibility rating 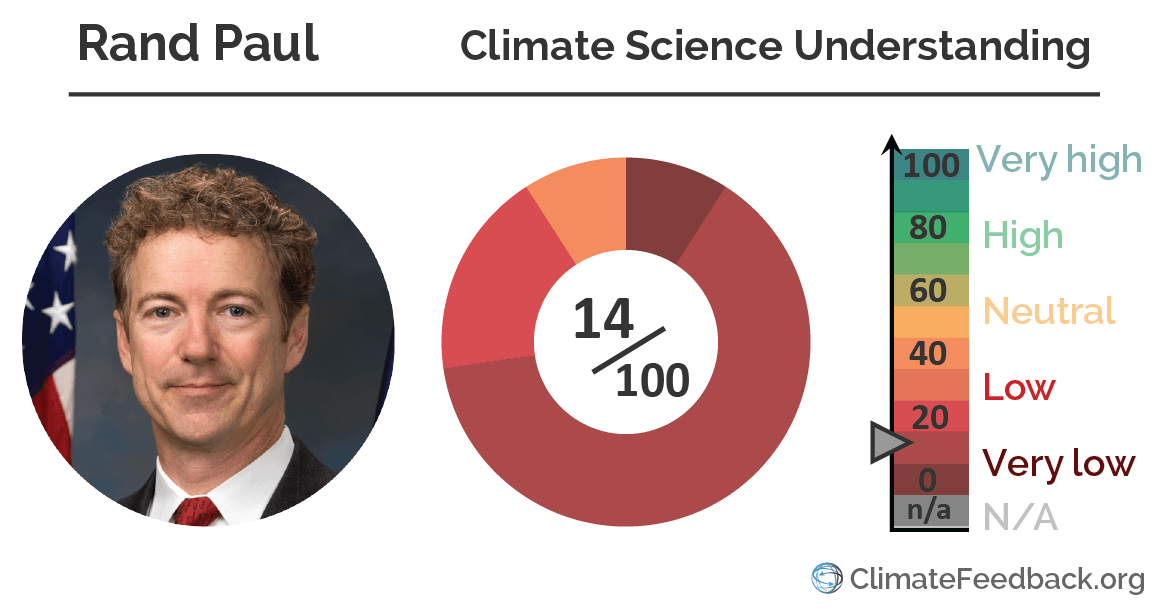 Victor Venema: The suggested claim that a significant part of the current warming is natural is wrong. Zero for accuracy. Gave one point for understanding because the candidate likely understands the topic well, which allowed him to formulate it so misleadingly.

Michael Mann: Only partly concedes the scientific evidence, seeming to imply that human activity is not primarily responsible for observed climate change.

Ryan Sriver: The candidate at least acknowledges that humans play a role in climate change, but he/she is misinformed about anthropogenic versus natural contributions.

Kevin Trenberth: Does not understand science and evidence.

Twila Moon: Many false or misleading statements that are not scientifically supported.

William Anderegg: A long string of misleading and false assertions on scientific facts.

Emmanuel Vincent: “Nature has a role” is very vague. There is no scientific study showing that natural processes could explain the continued warming we’ve seen over the past 40 years.

Rasmus Benestad: Contrary to the candidate’s assertion, there are strong scientific evidence for the effects of greenhouse gases, be it from lab measurements, classical and quantum physics, or from direct observations of the atmosphere.

The AP rating for this candidate is significantly different with a 38 – ‘Low’ to ‘Neutral’. We attribute this difference to the fact that we added 3 statements to the AP selection, including the quote “The truth is there are just as many and even more qualified scientists refuting the sketchy and questionable evidence regarding global warming.” Adding this and other inaccurate quotes from the candidate likely resulted in scientists issuing a lower rating in our case.