(CANDIDATE 95) - Scientists estimate that this presidential candidate’s understanding of climate change is “Very high”. more about the credibility rating 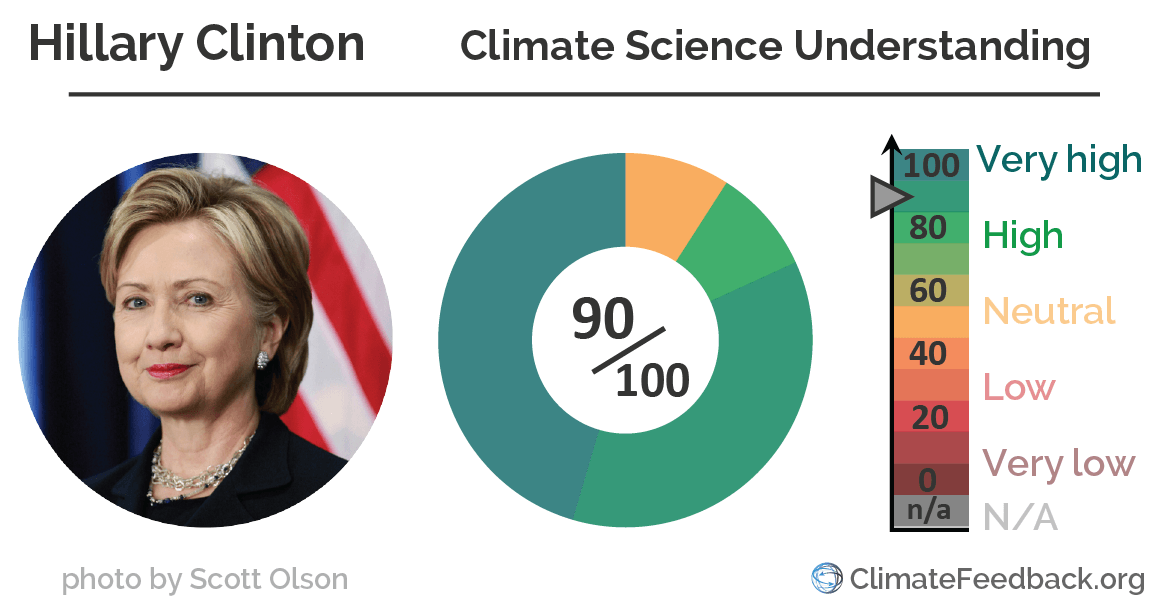 David Battisti: It is not possible to determine from the statements provided whether the candidate understands the science, but the candidate clearly accepts the science conclusions (warming has happened and will continue to happen due to human activity) and has clearly determined it is a problem that must be dealt with.

Ryan Sriver: Not much scientific substance, but the candidate’s political points suggest he/she is somewhat informed.

Twila Moon: Most of this statement is not regarding science, but the portion that is is accurate.

Victor Venema: The only scientific claim I found was the short tweet. I gave it an 80 rather than a 100 because I do not like focussing on one year, but a 100 would also have been justified: the tweet was accurate.

The average of the scientists’ ratings is 90 with a 99% confidence interval level of 79-97* – ‘Very high’. We estimate that this rating is robust given that most scientists independently converged on a ‘High’ or ‘Very high’ estimation.