(CANDIDATE 29) - Scientists estimate that this presidential candidate’s understanding of climate change is “Very high”. more about the credibility rating 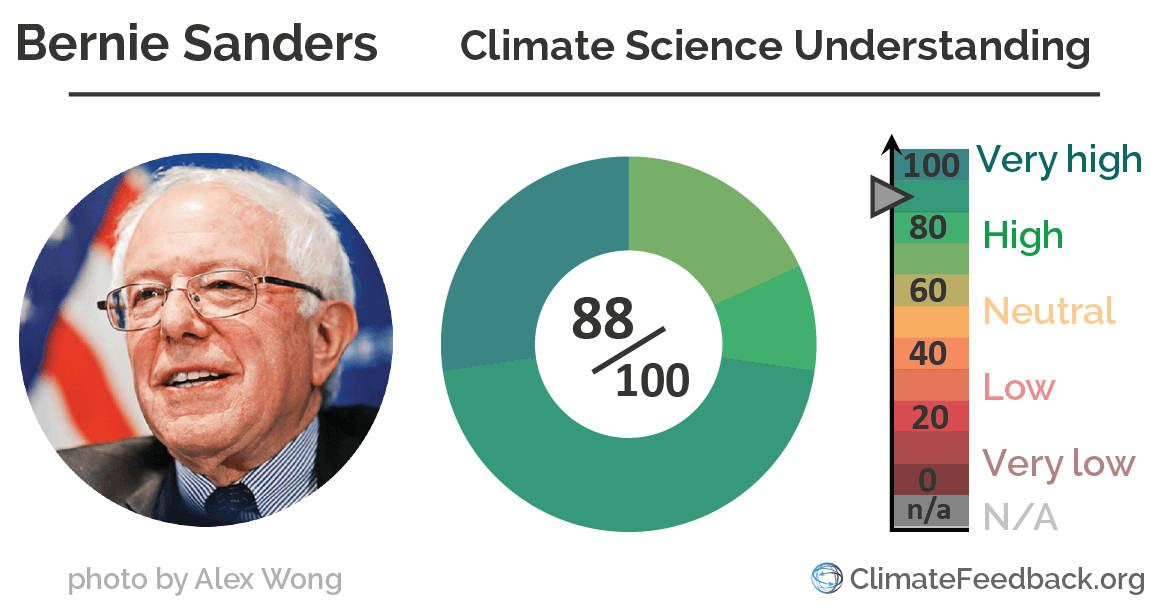 David Battisti: The candidate clearly accepts the science conclusions (warming has happened and will continue to happen due to human activity) and has clearly determined it is a problem that must be dealt with.

Victor Venema: The claim that the Earth will not be habitable is too strong. Climate change is a stressor, only in combination with other stressors and human stupidity would it become this bad. Otherwise no complaints on the science.

Twila Moon: This candidate correctly acknowledges that climate change is real and human-caused, but overstates the scientific conclusions.

Ryan Sriver:  Candidate seems to at least acknowledge the evidence, but there is not much scientific viewpoints.

Emmanuel Vincent: Overall the candidate seems to understand the reality and importance of climate change.

Michael Mann: Hits the nail on the head with the statement “Climate change is real. It is caused by human activity. It is already causing devastating problems around the world”.

The average of the scientists’ ratings is 88 with a 99% confidence interval level of 79-94* ‘Very high’. We estimate that this rating is robust given that all scientists independently converged on a ‘High’ or ‘Very high’ estimation.