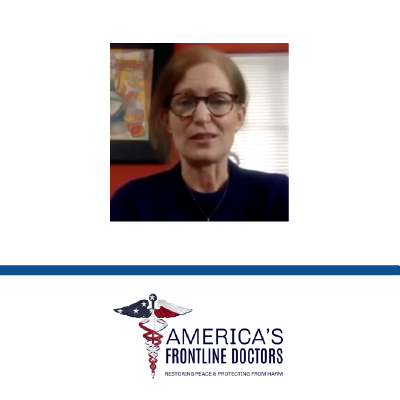 CLAIM
“The MHRA now has more than enough evidence on the Yellow Card system to declare the COVID-19 vaccines unsafe for use in humans.”
VERDICT more about the rating framework

DETAILS
Misleading: The number of medical issues (adverse events) recorded after vaccination does not indicate that the vaccine caused them or that the vaccine is unsafe. The Yellow Card scheme allows regulators to identify unexpected rare side effects following an investigation. The British health regulator has done this for side effects identified in this way and concluded that the benefits of the COVID-19 vaccines outweigh their known risks.
KEY TAKE AWAY

Adverse event reporting systems, such as the Yellow Card scheme in the U.K. or VAERS in the U.S., are designed to help health authorities monitor the safety of medical products such as the COVID-19 vaccines. However, the databases contain unverified information and cannot demonstrate that COVID-19 vaccines caused adverse events. The reports can be a starting point for a detailed investigation into potential side effects, which happened for rare cases of blood clotting and anaphylaxis. Overall, the U.K. regulatory body, the MHRA, still concludes that the benefits of the COVID-19 vaccines outweigh their known risks.

FULL CLAIM: “The MHRA now has more than enough evidence on the Yellow Card system to declare the COVID-19 vaccines unsafe for use in humans.”

On 11 June 2021, an article on America’s Frontline Doctors reported on a British organization that called for the cessation of COVID vaccine use. The organization, called The Evidence-Based Medicine Consultancy Ltd, used data from the U.K.’s Yellow Card system, which records adverse events reported after receiving a vaccine dose.

The Yellow Card scheme (similar to the Vaccine Adverse Events Reporting System in the U.S.) can be added to by anyone, whether a clinician or a member of the public. The scheme aims to help regulators identify potential side effects involving medicines or vaccines that had not been detected or are more common than seen in clinical trials.

However, the figures reported through the scheme are not sufficient to establish a proven side effect. The U.K.’s Medicines and Healthcare products Regulatory Agency (MHRA), which runs the Yellow Card scheme, says:

“The nature of Yellow Card reporting means that reported events are not always proven side effects. Some events may have happened anyway, regardless of vaccination. This is particularly the case when millions of people are vaccinated, and especially when most vaccines are being given to the most elderly people and people who have underlying illness.”

In other words, it may simply be a coincidence that an adverse event, such as a cancer diagnosis or a speech disorder, happened within a short period after vaccination. Detailed analysis is needed to understand whether an adverse event happens at a higher rate than would be expected in the population.

The director of The Evidence-Based Medicine Consultancy Ltd, Tess Lawrie, wrote to the head of the MHRA about the adverse events reported for the COVID-19 vaccines. In the letter, which was quoted heavily in the article on America’s Frontline Doctors, Lawrie said that she would “like to draw your attention to the high number of covid-19 vaccine-attributed deaths”. However, as previously explained, deaths or any adverse events reported through the Yellow Card scheme were not attributed to vaccination.

In the letter, Lawrie stated that she recognized the limitations of the data and understood “that information on reported Adverse Drug Reactions should not be interpreted as meaning that the medicine in question generally causes the observed effect or is unsafe to use.” However, she contradicted this by concluding:

“The MHRA now has more than enough evidence on the Yellow Card system to declare the COVID-19 vaccines unsafe for use in humans.”

As evidence for her statements, Lawrie cited the numbers of various adverse events identified through the Yellow Card scheme. However, these reports can’t be used to establish a causal relationship between the vaccine and the occurrence of an adverse event. In addition, the raw numbers lack the context necessary to establish whether the vaccines are safe for use or not. Among the factors to consider are the expected side effects from vaccination, adverse events that would have happened regardless of vaccination, and the benefits of vaccination.

The figures used by Lawrie overlook the fact that most of the reported adverse events are minor and transient, consisting of expected immune system responses associated with the use of vaccines. For instance, almost half of the nervous system disorders reported were headaches, which is listed as a very common side effect of the vaccines. There are also many reports of other common side effects such as pain, nausea, fever, and fatigue. The MHRA website clarified:

“For all vaccines, detailed review of all reports has found that the overwhelming majority relate to injection site reactions (sore arm for example) and generalised symptoms such as a ‘flu-like’ illness, headache, chills, fatigue (tiredness), nausea (feeling sick), fever, dizziness, weakness, aching muscles, and rapid heartbeat. Generally, these happen shortly after the vaccination and are not associated with more serious or lasting illness. These types of reaction reflect the acute immune response triggered by the body to the vaccines, are typically seen with most types of vaccine and tend to resolve within a day or two.”

Expected adverse events in the population

About 40 million people in the U.K. have received at least one dose of a COVID-19 vaccine since December 2020. Among such a large group of people, we would naturally expect to observe many medical conditions to arise that would have happened regardless of vaccination. The numbers reported through the Yellow Card Scheme do not provide this context, which would be necessary to determine whether an adverse event is occurring at an increased rate. The MHRA said:

“The total number and the nature of Yellow Cards reported so far is not unusual for a new vaccine for which members of the public and healthcare professionals are encouraged to report any suspected adverse reaction.”

Benefits of the vaccine

Each drug or vaccine is expected to cause a certain degree of side effects. However, this is weighed against the benefits of such an intervention to establish whether the public should use it. Lawrie does not appear to consider the benefits of vaccination in reducing deaths and hospitalizations due to COVID-19. The MHRA said:

“The expected benefits of the vaccines in preventing COVID-19 and serious complications associated with COVID-19 far outweigh any currently known side effects. As with all vaccines and medicines, the safety of COVID-19 vaccines is continuously monitored and benefits and possible risks remain under review.”

The Yellow Card scheme and its equivalents in other countries have already shown their use in identifying rare adverse events that may be linked to vaccinations. Regulators investigated following reports of an extremely rare specific type of blood clot in the brain, known as cerebral venous sinus thrombosis, occurring together with low levels of platelets (thrombocytopenia). Investigations found evidence for an increased risk of these rare blood clots among younger people after receiving the AstraZeneca vaccine. This led to many countries changing the vaccination guidelines, preferring an alternative COVID-19 vaccine for younger people.

Similarly, rare occurrences of anaphylaxis (a severe allergic reaction) also led to changes in guidance and information on the choice of vaccines for susceptible individuals.

In summary, the reports identified by Lawrie do not indicate any unexpected side effects from the COVID-19 vaccines. The Yellow Card scheme does not assign a cause to medical events following vaccination. The MHRA regulatory body collects this data to prompt further investigation if they have concerns. The MHRA analyzed the data and confirmed that the benefit of the COVID-19 vaccines “far outweigh any currently known side effects”.