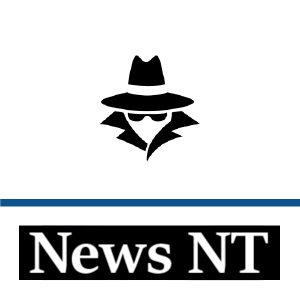 CLAIM
Elisa Granato, the first volunteer who availed herself in Oxford for a jab in the first Europe human trial of a vaccine to protect against the coronavirus pandemic has died.
VERDICT more about the rating framework

DETAILS
Inaccurate: Elisa Granato, the first volunteer for a COVID-19 vaccine trial in the U.K. is not dead.

The first volunteer for a U.K. COVID-19 vaccine trial Elisa Granato is not dead. This false claim has been widely spread by anti-vaccine groups, likely in an attempt to promote doubts about vaccine safety.

FULL CLAIM: Elisa Granato, the first volunteer who availed herself in Oxford for a jab in the first Europe human trial of a vaccine to protect against the coronavirus pandemic has died. [...] Four other volunteer[s] are said to be battling complications due to adverse reactions of the vaccine.

The article containing this claim was published on 25 April 2020 and quickly went viral, receiving more than 2.3 million views within two days. It claims that the first volunteer for a COVID-19 vaccine trial in the United Kingdom, Oxford microbiologist Elisa Granato, died “two days after the vaccine was administered”, and further claimed that “four other volunteer[s] are said to be battling complications due to adverse reactions of the vaccine”, without providing any supporting evidence. The spread of this article has been promoted by groups opposing vaccination as well as groups promoting conspiracy theories.

These claims are false. In fact, Granato had tweeted several hours after her supposed demise, as reported by this Guardian article, which established that Granato is alive and well. The U.K. Department of Health and Social Care also publicly refuted the claim on Twitter, stating that “News circulating on social media that the first volunteer in a UK #coronavirus vaccine trial has died is completely untrue.” BBC medical correspondent Fergus Walsh also confirmed that Granato is “very much alive” in a tweet and a video posted on 26 April 2020.

Head of the Oxford Vaccine Group, Andrew Pollard, who is leading the trial, has said that “this sort of fake news could damage our ability to tackle a pandemic. We can’t let that happen.”

The first COVID-19 vaccine trial in the U.K. is testing a candidate developed by scientists at Oxford University, which is based on a recombinant viral vector that contains genetic material encoding the spike protein of the novel coronavirus (SARS-CoV-2). The spike protein is important for enabling the virus to enter cells and establish an infection. The viral vector, which is a chimpanzee adenovirus vaccine vector (ChAdOx1), was developed at Oxford’s Jenner Institute and chosen for its ability to induce a strong immune response and because it cannot replicate and therefore cannot cause infection, making it safer for people.

When injected, the vaccine induces the body to produce the SARS-CoV-2 spike protein, which in turn triggers the body to mount an immune response against these proteins, including antibody production. When the body encounters the actual virus later, it can quickly mount a defense against the virus due to previous exposure to the spike protein, thereby protecting against future infection.

A report of the first two volunteers receiving the vaccine candidate, including Granato, was published by the BBC on 23 April 2020.

You can learn more about the vaccine trial at this Oxford University website.

Full Fact and Reuters also fact-checked this claim and labeled it “false”.