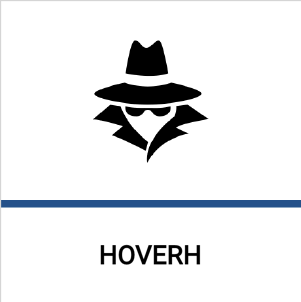 CLAIM
A young whizkid [...] invented a device that cuts 50% off an average home’s power bill
VERDICT more about the rating framework

DETAILS
Factually inaccurate: The quotes in the video cannot be verified, and clips of other people are incorrectly presented as the sources of the quotes. The claims about energy savings are not accurate.
KEY TAKE AWAY

This video misrepresents the people shown, falsely claiming to show the inventor of the device being advertised. That device is incapable of reducing electric bills by 50%, as claimed—or indeed by any amount.

FULL CLAIM: A young whizkid [...] invented a device that cuts 50% off an average home’s power bill

This video on Facebook advertises a device called “Powersave”, which it claims was invented by a university student and can reduce home electricity bills by 50%. This is highly misleading for a number of reasons, from the names and people shown to the core claim of what the device can do. This and other ads for similar devices on Facebook and other platforms have, together, been viewed tens of millions of times.

The video says the device was invented by an 18-year-old named Nathan Gilroy, who it says “is one of the most accomplished students at MIT” in the United States. Behind this text, and of text purporting to quote this person, the video is taken from a 2019 CNBC story about a 16-year-old Texas high school student named Alex Pinkerton. Pinkerton built a graphene magnetometer intended for use in sensing brain activity. This has no connection to the Powersave device or story.

The video appears to make extensive use of stock footage or clips from uncredited videos. One clip of an electric bill meant to illustrate savings generated by the device, for example, appears to actually be a bill for a home with solar panels or another form of renewable generation. (See image below.)

Although these devices do exist and have been sold for years, the video fails to describe their theory of operation. It says the small box, which plugs into any outlet, is a “load balancer that reduces a household’s daily electronic wastage” and “reduces energy by stabilizing the voltage”. These are not accurate descriptions.

Education and electronics YouTube channels, including Big Clive, EEVblog, and ElectroBOOM, have made videos disassembling these devices and explaining how they work. They simply contain a capacitor and an LED power indicator.

However, power factor generally has no relevance for a home electric bill, as charges are based on usage of real power only. Industrial customers that can have a bigger influence on power factor may be charged an additional fee. But even if home usage lowered the power factor on the circuit and this device could improve that power factor, a residential bill would be unchanged. Additionally, the tests by the YouTube channels showed that these devices had only a small impact on power factor, and only in combination with certain appliances (like those containing induction motors).

It is not possible for the device to reduce a home energy bill by 50%, as the video claims, or even by amounts of 20-35%, as product listings on Amazon claim. The only effect the device could have on a residential bill would be to increase usage very slightly by powering the green LED indicator.