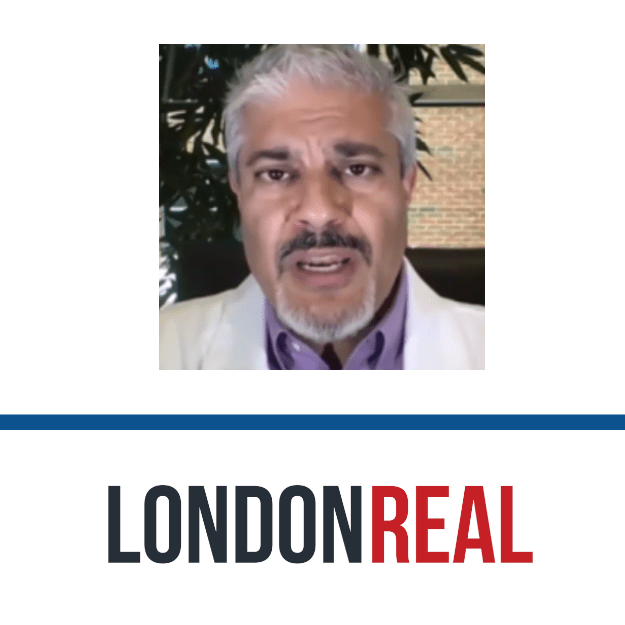 CLAIM
“Autism is nothing more than mercury toxicity“; vaccine ingredients are toxic
VERDICT more about the rating framework

DETAILS
Incorrect: Numerous large-scale studies worldwide have shown that vaccines are not associated with autism. The claim that thimerosal in vaccines leads to mercury toxicity is also not supported by scientific evidence.
Inaccurate: No nickel or “DNA adducts” are present in vaccines. Vaccine ingredients are safe. Buttar inaccurately claims that the current rate of autism is 1 in 29 and falsely attributes this rate to the U.S. Centers for Disease Control and Prevention (CDC). The CDC has reported it to be 1 in 54.
KEY TAKE AWAY

Vaccines do not cause autism or mercury toxicity. The amount of mercury that infants receive through their diet is more than twice the amount ever contained in vaccines. Scientific evidence shows that autism spectrum disorder (ASD) arises through a combination of genetics and environment. Twin studies demonstrate a strong heritable component to ASD, with heritability estimates ranging from about 30 to 90%. Many genes involved in ASD risk are associated with brain and neuronal development.

FULL CLAIM: “Autism is nothing more than mercury toxicity“; vaccine ingredients are toxic

These claims were made by doctor of osteopathy Rashid Buttar on 30 April 2020, during a video interview. Excerpts of the video, which have been archived here and here, have been shared across social media platforms such as Facebook many times, and the claims have been made on many other occasions by prominent individuals, such as Robert F. Kennedy Jr. and former U.S. congressman Dan Burton. Buttar rehashes the discredited yet persistent claim that vaccines cause autism, and attributes this to mercury toxicity from thimerosal.

Numerous large-scale studies have already shown that there is no association between vaccines and autism[1-21]. Buttar misleadingly conflates the element mercury with the compound thimerosal. While it is true that elemental mercury is highly toxic, and that thimerosal contains this element, thimerosal has very different chemical properties. One example that illustrates the difference between elements and compounds is sodium chloride, better known as table salt. Table salt is generally harmless, whereas elemental sodium reacts violently upon contact with water and elemental chlorine was used as a chemical weapon during World War I.

Thimerosal is used in vaccines as a preservative and antibacterial. It is metabolized to nontoxic ethylmercury, which is degraded and eliminated by the body quickly. Ethylmercury is quite different from methylmercury, which is an environmental toxin that can accumulate in the body at levels sufficient to cause toxicity. According to the U.S. Environmental Protection Agency, “Nearly all methylmercury exposures in the U.S. occur through eating fish and shellfish that contain higher levels of methylmercury.” A far less common source is industrial methylmercury pollution, notably in Minamata Bay, Japan, more than 50 years ago. Despite the fact that thimerosal is completely unrelated to methylmercury, persistent public concern over mercury toxicity led to the removal of thimerosal from pediatric vaccines in the United States in 2001. It is no longer present in most vaccines, with the exception of certain multi-dose influenza vaccines, which are likewise not toxic or linked to autism. According to the Vaccine Education Center at the Children’s Hospital of Philadelphia:

Buttar claims that vaccines labeled thimerosal-free still contain thimerosal but provides no evidence to support his statement. He also makes several claims about the toxicity of other vaccine ingredients, namely formaldehyde, nickel, aluminum, and “DNA adducts”, again without any scientific evidence. It is true that formaldehyde can be toxic and that it is used in vaccine production. However, the amount of formaldehyde present in vaccines is too low to cause toxicity. The Vaccine Education Center at the Children’s Hospital of Philadelphia states:

“Formaldehyde is essential in human metabolism and is required for the synthesis of DNA and amino acids (the building blocks of protein). Therefore, all humans have detectable quantities of natural formaldehyde in their circulation (about 2.5 ug of formaldehyde per ml of blood). Assuming an average weight of a 2-month-old of 5 kg and an average blood volume of 85 ml per kg, the total quantity of formaldehyde found in an infant’s circulation would be about 1.1 mg, a value about 1,500 times more than the amount an infant would be exposed to in any individual vaccine.”

Nickel is not used in vaccine formulations and Buttar provides no evidence to the contrary.

Aluminium is not used in its elemental form in vaccines, but in the form of aluminium salts which act as adjuvants. Adjuvants are used to heighten the immune response upon vaccination and enhance protection during subsequent natural infection. While it is possible for them to trigger side effects if used in excessive amounts, the levels in vaccines are low and safe.

The claim that vaccines contain DNA adducts, which are short segments of DNA to which a carcinogenic chemical has become bound, is similar to other claims which have been reviewed by Health Feedback and found to be inaccurate and unsupported.

Buttar has been reprimanded twice by the North Carolina Board of Medical Examiners, once in 2010 and again in 2019, for unethical behavior and was warned by the U.S. Food and Drug Administration for selling medications which had not been adequately tested according to federal regulations.

He has also promoted chelation therapy as a treatment for conditions ranging from cancer to autism, despite the lack of evidence for its efficacy. Chelation therapy uses certain compounds, such as ethylenediaminetetraacetic acid or EDTA for short, that bind to metals and promote the removal of metals from the body. While chelation therapy is highly effective for treating heavy metal poisoning, its effectiveness has not been demonstrated for the treatment of cancer or autism. A 2015 Cochrane Review[22] concluded that there is “no high‐quality evidence to suggest that chelation is an effective treatment for improving [autism spectrum disorder] ASD symptoms.” The authors of the review even added that “Cochrane reviews typically avoid making recommendations for practice; however, given that harm resulting from the use of chelation therapy has been reported, and that no proven benefits have been found, it seems reasonable to conclude that use of chelation for the treatment of individuals with ASD symptoms should not be recommended.”

Autism spectrum disorder (ASD) is generally understood to arise from a combination of genetics and environment, and twin studies have indicated a strong heritable component to ASD, with heritability estimates ranging from about 30 to 90%[23-26]. Many genes have been associated with ASD risk, several of which are involved in brain development. However, the contribution of each gene towards this risk is unclear and still a matter of intense study[27]. Buttar’s claim that autism is linked to “a genetic predisposition for the inability to excrete mercury” is unsupported.

Buttar uses health authorities’ acknowledgement of an association between genes and ASD to misleadingly suggest that the authorities attribute recent increases in ASD diagnoses to a “genetic epidemic”. This is an example of a strawman fallacy: while rates of ASD diagnosis have indeed increased, health authorities and experts largely attribute the increase to changes in ASD diagnostic criteria and greater awareness of the condition, which have enabled physicians to identify more cases, as this article explains.

Buttar’s claim that the current rate of autism is 1 in 29, which he falsely attributes to the U.S. Centers for Disease Control and Prevention (CDC), is inaccurate. The CDC has reported it to be 1 in 54.

Mark Pepys, Emeritus Professor, Division of Medicine, University College London:
[This comment was first published on Metafact.]
There is absolutely no single shred of evidence that vaccination, of any type, causes autism. There is also absolutely no shred of scientific evidence about either vaccination or autism suggesting any possible mechanism that could be responsible for such an association.

Neal Halsey, Professor Emeritus, Johns Hopkins Bloomberg School of Public Health:
[This comment comes from the evaluation of a related claim.]
Some vaccines do contain very small (trace) amounts of formaldehyde, which is a natural product produced by all mammalian cells. The trace amounts in some vaccines are residuals from the manufacturing process. In high concentrations, formaldehyde is toxic to cells and organisms. It is used to kill some of the organisms that are used to make vaccines and then purification removes all but a trace of the formaldehyde. The trace amounts that are left as a residual in vaccines are considered to have no additive effect to the naturally produced formaldehyde in our bodies.

James D Cherry, Professor (Pediatrics), David Geffen School of Medicine, University of California Los Angeles:
[This comment comes from the evaluation of a related claim.]
There is aluminum salt present in killed vaccines, such as the present DTaP and Tdap vaccines, but it’s a very good adjuvant and it’s been in killed vaccines from the very beginning. The amount and the actual aluminum salt may vary with vaccines. The key thing is that too much aluminum would give you abscesses at the site of vaccination, but no present killed vaccine has excessive amounts. In live vaccines there’s no aluminum at all.

Ethylmercury, which is from thimerosal, is very safe, and it degrades so that there’s no problem whatsoever. The problem is that regular mercury is very toxic. Methylmercury, which contaminates fish for example, is also toxic. But ethylmercury acts as a preservative and also as an antibacterial, so it prevents vaccines from being contaminated with bad bacteria. The confusion of roles [between ethylmercury and methylmercury]—and this happened with people who should have known better—created the push to get mercury out of vaccines. There was thimerosal in the DTP vaccine and also later when the hepatitis B vaccine came along, which we gave right at birth. Although the amount of mercury appeared to exceed the EPA level, that level is for methylmercury, not ethylmercury. Nevertheless, that prompted the move to take mercury out of vaccines, and so our present killed vaccines have no mercury in any of them, with the possible exception of multi-dose vials of some influenza vaccines.

Health Feedback previously reviewed similar false claims regarding a causal association between vaccines and autism, here and here. This Insight article explains how this link has been discredited.