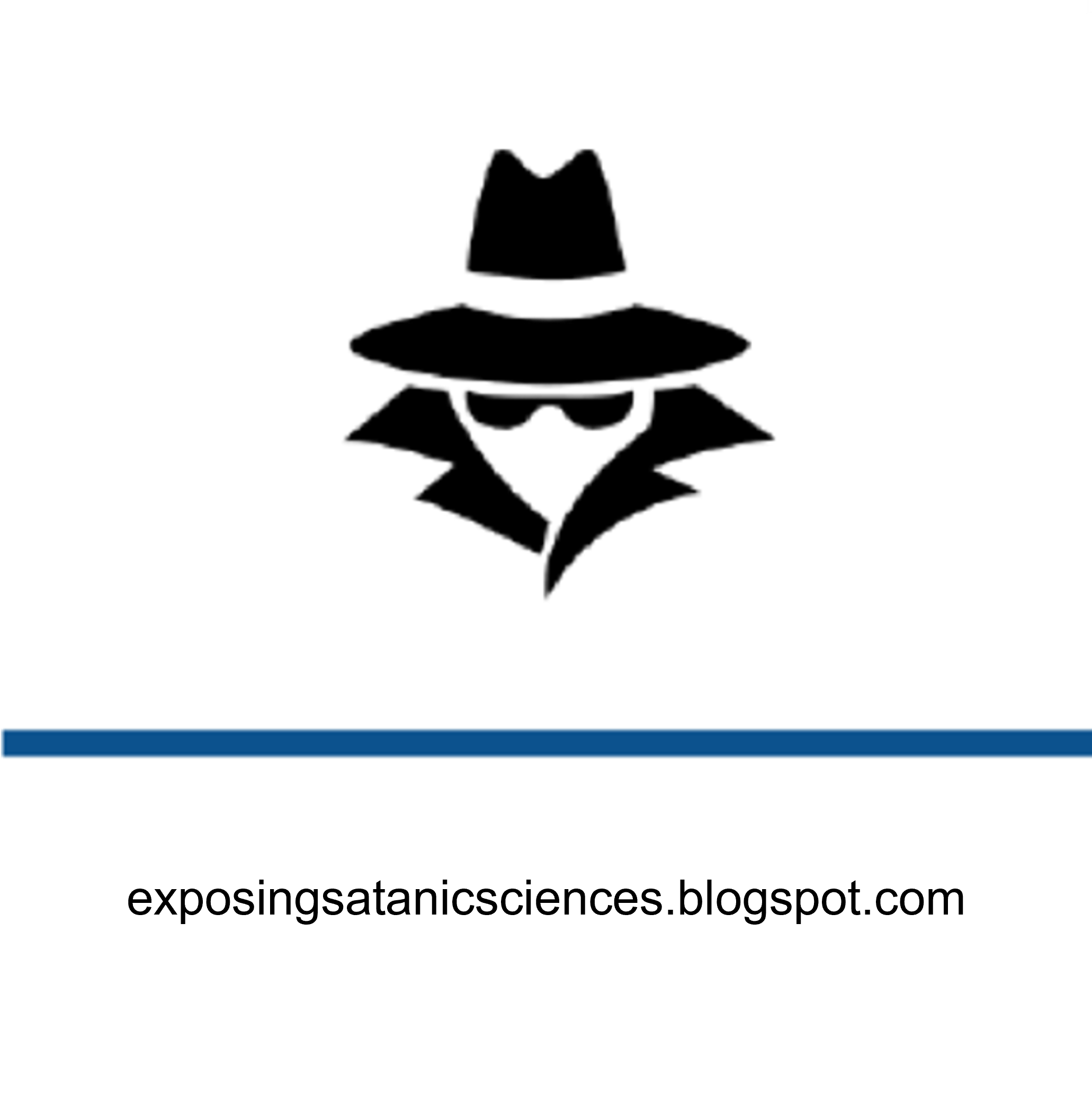 DETAILS
Factually inaccurate: Studies in people who received one or multiple doses of mRNA COVID-19 vaccines show that vaccination increases the production of anti-spike antibodies, not the other way around.
Misleading: It’s false to say “all vaccines contain parasites” as vaccines can also contain fragments of viruses. While live attenuated vaccines do contain infectious viruses, they are weakened and don’t cause disease. Therefore it’s misleading to liken vaccination to natural parasitic infections.
KEY TAKE AWAY

Vaccines can contain fragments of viruses, inactivated virus, or attenuated virus, which train the body to recognize and fight an actual virus infection. Most vaccines cannot replicate in the body, unlike infectious viruses. Like conventional vaccine technologies, mRNA COVID-19 vaccines enhance the ability of the immune system to produce antibodies against the target virus. Vaccination isn’t equivalent to infection. While vaccination provides immunity like an infection would, it carries fewer risks than infection.

The mRNA vaccine technology used to produce the first COVID-19 vaccines drew much attention because of its novelty. While it’s understandable for people to raise questions about the safety of a new technology, many online claims related to mRNA vaccines, commonly propagated by vaccine skeptics to discourage vaccination, turned out to be inaccurate or baseless, as Health Feedback explained in our previous articles, like this Insight article. Scientific studies show that mRNA vaccines are safe and effective at preventing severe disease or death.

Still, claims about the danger of mRNA vaccines persist. One example is this website called “exposingsatanicscience”, which was shared in an indirect manner via Instagram posts directing users to “the link in the bio”. The website contained several claims likening vaccination to parasitic infections and stating that mRNA vaccines weaken our immune system. The website provided no information about the author of the text or its ownership, except for the author’s pseudonym, “The Simple Scientist”.

However, these claims are inaccurate and based on a profound misunderstanding of cell biology, as we explain below.

Claim 1 (Inaccurate and Misleading): Vaccination is an intentional parasitic infection similar to infection

In what appears to be an attempt to invoke fear or disgust of vaccines, this claim draws a false equivalence between vaccination and parasitic infection. The author added pictures of parasitic microorganisms along with rhetorical questions, such as “do you really want any part of something that remotely resembles the images below to be purposefully placed in your body?”

The claim establishes its false equivalence by selectively invoking certain scientific facts while ignoring critical distinctions between vaccination and infection, as we will show below.

The first scientific fact is that viruses are defined as obligate intracellular parasites. This is because viruses lack the elements necessary for synthesizing proteins and therefore must rely on a host to replicate itself—such as a cell from our body—which the virus infects to hijack its protein synthesis machinery.

The second fact is that vaccines mimic the real virus in order to train our immune system to detect and react rapidly against the virus in the event of an infection. To do so, the vaccine contains parts of the virus or the entire virus.

Taking these two facts together, the text’s author concluded that “ALL vaccines, including the seasonal flu shot, contain parasites” and that, consequently, vaccines are “parasitic injections and lab-made/induced infections”. According to the text, this makes vaccination very similar to natural infection.

However, the claim that all vaccines contain parasites and that therefore vaccination is equivalent to infection is inaccurate and misleading. The objective of vaccination is to provide lasting immunity against a disease without the risks of an infection. For example, scientists are able to predict which type of flu viruses will hit in the next flu season and produce updated vaccines that will protect people without requiring people to face the potentially deadly risks of a flu infection.

This is the same in the case of COVID-19: while both infection with SARS-CoV-2 and vaccination can provide protection against the disease, only the vaccine is able to do so reliably and at a lower risk than the disease. Therefore, framing vaccination as a form of infection is misleading as it doesn’t reflect the fact that vaccines are a much safer way to acquire immunity than infection.

Contrary to the author’s assertion, whether vaccination can reduce the severity of diseases isn’t a matter of “medical opinion”. Studies clearly established that vaccines significantly prevent severe symptoms and have contributed to curbing or eradicating several diseases[1].

Furthermore, this claim is inaccurate for most vaccines to begin with, since many vaccines simply don’t contain the entire virus. Some are called subunit vaccines because they only contain fragments of the original virus[2]. This is the case for hepatitis B vaccines, for example.

There are also genetic vaccines that only contain the genetic information to produce fragments of the original virus, but don’t contain the fragments themselves. This is the case of the mRNA vaccines against SARS-CoV-2, which we’ll look at in more detail later.

There are certain vaccines that do contain the entire virus, but in an inactivated form. This means this virus cannot infect cells nor hijack its protein synthesis machinery. Hepatitis A and polio vaccines are examples of such vaccines.

In all of the above cases, there is either no virus in the vaccine or the virus has been rendered incapable of infecting cells. Therefore, it is inaccurate to say that all vaccines contain parasites. Equating vaccination to a natural infection is as false as claiming that being locked in a cage with a tiger’s tooth or a dead tiger is equivalent to being locked up with a living tiger.

Furthermore, an infection is defined as “the entrance and development of an infectious agent in a human or animal body”[3]. In other words, the infectious agent, in this case a virus, has to increase in number in the host. As our explanation above shows, the above vaccines cannot replicate in our body. This is yet another way in which vaccination isn’t akin to infection.

Live, attenuated vaccines are made with a weakened, but still active version of the original virus. Researchers can weaken a virus by cultivating it in the lab over a long period of time. An example of live attenuated vaccine is the measles, mump and rubeola vaccine.

Live attenuated vaccines are similar to the original virus but don’t replicate as much. Therefore, they offer strong immunity while only causing mild symptoms[4]. So, even though vaccinating with a live attenuated virus means injecting a form of intracellular parasite, per the textbook definition of a virus, it is still misleading to equate that with an infection with an actual virus. It is also important to emphasize that none of the COVID-19 vaccines deployed in the U.S. or in Europe are using inactivated viruses or live attenuated virus technologies.

Claim 2 (Inaccurate): mRNA vaccines reduce antibody production because they replace the antibody’s mRNA in our cells

Scientists have been researching mRNA vaccines for more than two decades and their deployment against COVID-19 marks the first large-scale use of this technology. These vaccines deliver a specific mRNA bearing the instructions for producing a viral protein directly within our cells. Our cells then use this mRNA as a template to produce the viral protein with their own protein synthesis machinery.

These claims are all inaccurate and inconsistent with how cells work. The clearest demonstration of that is the fact that vaccination with mRNA COVID-19 vaccines actually induce increased antibody levels. This is true after the first and second dose[5-7], but also after a third booster shot[8-10]. Therefore, these scientific studies empirically show that the production of the spike protein following vaccination doesn’t decrease the production of anti-spike antibodies but actually does the opposite.

There are also at least two other reasons why the claim is inaccurate, as shown by the scientific data above. First, the language of the claim implies that mRNA is one single and unique molecule and that cells can only have one. In fact, there are tens of thousands of different types of mRNA molecules in a mammalian cell[11]. Each type of mRNA molecule is present in many copies. It has been estimated that there are between 100,000 to one trillion mRNA molecules in a given cell.

This is because cells use mRNA as a template for protein synthesis: the composition and structure of a given mRNA molecule dictate the composition and structure of the protein being synthesized. Cells need to always produce a wide range of different proteins in order to work properly. Therefore, even in the absence of mRNA vaccination, many different mRNA molecules are present in the same cell at any given time. Introducing another mRNA molecule, as it happens with mRNA vaccination, doesn’t prevent the cell from using the other mRNAs already present.

Second, the claim incorrectly implied that the same cells produce both the spike protein originated from the mRNA vaccine and the antibodies.

Again, this is not what happens. The Pfizer-BioNTech COVID-19 vaccine assessment report from the European Medicines Agency (EMA) explained that most of the mRNA vaccine remains at the site of injection—the deltoid muscle in the shoulder. Then, specific immune cells called dendritic cells, and to a lesser extent the muscle cells, take up the vaccine and produce the spike protein. However, neither of these cell types can produce antibodies. That role falls to specific antibody-producing cells called B lymphocytes. Therefore, the cells that are in charge of producing the spike protein are different from those producing antibodies.

While viruses can be defined as intracellular parasites, vaccination is not akin to parasitic infections. The most important difference is that vaccines confer immunity without exposing the person to the potential risks of infection. Furthermore, many vaccines only include fragments of the entire virus and don’t replicate in the body. Contrary to the claim on the website, COVID-19 mRNA vaccines actually enhance the production of antibodies against SARS-CoV-2. Vaccines in general, and COVID-19 vaccines in particular, are instrumental in improving public health by reducing the spread and burden of infectious diseases.