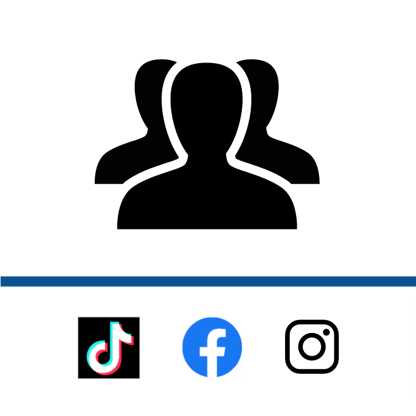 CLAIM
The Pfizer-BioNTech COVID-19 vaccine for children contains tromethamine, “a heart attack medication” with “a lot of potentially serious side effects”
VERDICT more about the rating framework

DETAILS
Factually inaccurate: Tromethamine isn’t a medication to treat heart attack. Rather, it is used to regulate acidity in body fluids in cases of metabolic acidosis, which can be the result of various conditions, including bypass cardiac surgery and cardiac arrest.
Lack of context: Tromethamine has been safely used in many products, including the Moderna COVID-19 vaccine.
KEY TAKE AWAY

In October 2021, the U.S. Food and Drug Administration authorized the emergency use of the Pfizer-BioNTech COVID-19 vaccine for children aged 5 to 11. The vaccine is adapted for children and contains one-third of the dosage approved for adults. Furthermore, the vaccine for children comes in a slightly different solution that contains tromethamine. This new formulation improves vaccine stability and ease of storage, as the vaccine can be kept in the fridge for longer periods of time compared to the original vaccine.

FULL CLAIM: “They’ve replaced the saline buffer in the vaccine with a medication called tromethamine [..] That is a medication given to people after they suffer a heart attack. It’s a blood acid producer. It has a lot of potentially serious side effects”

On 29 October 2021, the U.S. Food and Drug Administration (FDA) authorized the emergency use of the Pfizer-BioNTech COVID-19 vaccine in children aged 5 to 11. This vaccine for children has a slightly different formulation from the one approved for adults.

Claims that the vaccine contains a potentially dangerous medication called tromethamine spread through social media platforms. One early iteration of this claim is this TikTok video shared more than 22,000 times, which claimed that tromethamine is “a medication given to people after they suffer a heart attack” with “potentially serious side effects”.

Similar claims about tromethamine’s function and side effects also appeared on other social media platforms including Facebook, Instagram, Reddit, and Twitter (see examples here, here, and here) and websites like American Faith. Altogether, these posts received more than 40,000 interactions, according to the social media analytics tool CrowdTangle.

As we will explain below, these posts are misleading because tromethamine is not a heart medication. Rather, it stabilizes the acidity and alkalinity in fluids, and its role in COVID-19 vaccines is to allow the vaccine to be kept in the fridge for a longer period of time.

Tromethamine is a solution that regulates pH, not a medication to treat heart attack

Pfizer-BioNTech did change the vaccine formulation for children, as detailed on page 14 of the briefing document. The new formulation is adapted for children and contains a lower dose of mRNA than the original vaccine for adults. In addition, it replaces the saline solution with tromethamine.

Tromethamine—also called Tris—is a buffer, which is a liquid chemical mixture that regulates the acidity or alkalinity (pH) of solutions. Because it regulates pH, tromethamine can prevent and treat a condition called metabolic acidosis, which turns the body fluids too acidic. Metabolic acidosis can have many causes, including cardiac arrest, cardiac bypass surgery, and pediatric cancer. Contrary to what social media posts claimed, tromethamine doesn’t treat these conditions. Instead, it reduces acidity to prevent organ damage while the patient receives the actual treatment for the condition that caused the acidosis in the first place. Thus, the claim that it’s a “blood acid producer” is false because tromethamine’s function is actually the opposite: to make body fluids less acidic.

Likewise, the role of tromethamine in the new vaccine formulation is not to prevent potential side effects of vaccination but to improve the stability of the vaccine itself by keeping its pH stable. According to the FDA briefing document, this new formulation prolongs the storage of thawed vaccine vials at a refrigerated temperature for up to ten weeks, instead of the two weeks for the original formulation. Peter Marks, director of the Center for Biologics Evaluation and Research at the FDA, explained this in a 29 October 2021 press briefing:

“We also authorized a manufacturing change for the vaccine to include a formulation that uses a different buffer, which helps maintain the vaccine’s pH, which is a measure of how acidic or alkaline a solution is, and its stability. This formulation is more stable at refrigerated temperatures for longer periods of time, and it permits greater flexibility for vaccination providers.”

The new vaccine formulation including tromethamine isn’t exclusive to children; it is also authorized and available for people aged 12 and older.

The tromethamine added to the vaccine doesn’t compromise its safety

Many posts, like this one, claimed that tromethamine has potentially serious side effects, including “respiratory depression and IV [intravenous] thrombosis”. This claim is highly misleading because it refers to patients who receive tromethamine as a treatment for metabolic acidosis. Such treatment involves intravenous infusion of about half a liter of tromethamine several times during the period of illness. But even in this case, serious side effects are rare.

In contrast, the COVID-19 vaccine for children has a total volume of 0.2 milliliters per dose, administered intramuscularly. Although the clinical trial in children didn’t use the new formulation, this change “is not considered clinically significant”, as tromethamine is present in many other products without having been associated with any safety problems. In fact, tromethamine is in the Moderna COVID-19 vaccine and several FDA-approved vaccines like the vaccines against Ebola and dengue. Furthermore, the dengue vaccine is approved for children aged nine and older. Peter Marks pointed out at the press briefing:

“The new formulation contains tromethamine, which is known as tris buffer, and it’s commonly used as a buffer in a variety of other FDA-approved vaccines and biologics, including products for use in children. The FDA-evaluated manufacturing data support the change in this inactive ingredient, and concluded it did not impact the safety or effectiveness of the product.”

Serious side effects of the COVID-19 vaccine are rare; the benefits of vaccination in children outweigh the potential risks

Some have claimed that COVID-19 vaccination provides no benefit to children, as children are much less likely to develop severe COVID-19 and die compared to adults. While it is true that children face lower risks from COVID-19, some children still require hospitalization and a certain proportion will die.

The Advisory Committee on Immunization Practices noted that, since the beginning of the pandemic, the U.S. Centers for Disease Control and Prevention (CDC) has recorded 8,300 hospitalizations and 146 deaths among children aged 5 to 11. Amanda Cohn, Chief Medical Officer for the Vaccine Task Force and the National Center for Immunization and Respiratory Diseases at the CDC, explained in a New York Times article that COVID-19 was “the eighth-highest killer of kids in this age group over the past year” in the U.S.

Clinical trial data show that the COVID-19 vaccine induces a robust immune response in children and is 90.7% effective against symptomatic disease. This means that the vaccine could prevent the majority of hospitalizations and deaths in this age group.

In the end, the risk-benefit analysis of vaccination in children depends on the potential risks of the vaccine, its effectiveness, and the incidence—the number of new cases that occur in the population—of the disease in the near future. The FDA considered six possible scenarios, including a “lowest incidence” scenario. The committee concluded that “the overall benefits of the vaccine may still outweigh the risks under this lowest incidence scenario”.

This benefit-risk profile would be even more favorable for vaccination if the risk of heart inflammation in children is lower than expected. This is a real possibility because myocarditis in general is less frequent in younger children than in adolescents[1]. Also, pediatric experts suggest that the lower dose of the vaccine formula for children (10 micrograms) compared to the dosage approved for adults (30 micrograms) could also reduce the risk of side effects.

Social media posts claiming that tromethamine is a heart medication with potentially serious side effects are inaccurate and misleading. Tromethamine isn’t a heart medication and its presence in the vaccine isn’t to forestall rare cases of heart inflammation reported in some COVID-19 vaccine recipients, as some claimed. Instead, this ingredient functions as a stabilizer that allows the vaccine to be stored in the fridge for a longer period of time.

This article by FactCheck.org provides detailed information about the formulation of the Pfizer-BioNTech COVID-19 vaccine for children and the results of the clinical trial.