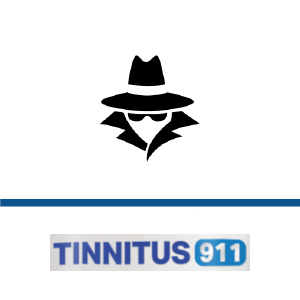 DETAILS
Incorrect: Scientific evidence shows that tinnitus, or ear ringing, is linked to changes in the brain, but it isn’t a warning signal of brain death. The mechanism that causes tinnitus is not fully understood yet.
Factually inaccurate: No scientific evidence supports a link between tinnitus and brain death. Researchers haven’t identified a causative link between tinnitus and Alzheimer’s or Parkinson’s disease, but this is still under investigation.
Inadequate support: No scientific evidence supports the efficacy of ingredients found in Tinnitus 911 in improving tinnitus, Alzheimer’s, Parkinson’s, dementia or brain tumors.
KEY TAKE AWAY

Tinnitus affects 1 in 10 adults in the U.S. Tinnitus is a phantom sensation in which people perceive sounds that aren’t caused by external stimuli, such as ringing in the ears. Currently, there is no treatment to alleviate or reduce tinnitus loudness that is effective for all patients who suffer from tinnitus. Research suggests that tinnitus is linked to changes in the human brain, rather than in the ear.

FULL CLAIM: “Tinnitus Breakthrough Discovered. Your Ears Aren’t Ringing… It’s Your Brain”; “90% of the medications, treatments and therapies for tinnitus simply don’t work… Because they haven’t gotten to the ROOT of the cause”; “tinnitus is a disease of the networks connecting the brain, Tinnitus is your first real warning signal that your brain could be dying!”; Tinnitus 911 pills “make your brain immune to it all! Tinnitus, Alzheimer’s, Parkinson’s, dementia, brain tumors”

A website named Tinnitus Battle which sells the supplement Tinnitus 911, claimed that the supplement can cure tinnitus. About 1 in 10 adults in the U.S. is affected by tinnitus, a phantom sensation in which people perceive sounds that aren’t caused by external stimuli, and is sometimes described as ringing in the ears[1].

The website claimed that Tinnitus 911 would stop tinnitus and protect people from Alzheimer’s and Parkinson’s disease. Tinnitus 911 is a supplement composed of vitamins, plant extracts, and herbal powders. According to the website, taking this “ear ringing relief formula” also improves brain health, memory, and focus. Supplements are subject to different regulations than drugs by the U.S. Food and Drug Administration (FDA). The FDA does monitor the safety of dietary supplements, but manufacturers do not have to prove that their claims about the purported health benefits from supplements are accurate. As required by the FDA, the website included a disclaimer stating that the claims have not been reviewed by the FDA: “These products are not intended to diagnose, prevent, treat, or cure any disease”. This disclaimer contradicts the website’s claim that Tinnitus 911 stops tinnitus.

There is currently no cure for tinnitus. However, the lack of a cure for tinnitus is not because treatments are aimed at the wrong target, contrary to the website’s claim. Instead, most researchers agree that tinnitus is linked to changes in the brain, rather than in the ear[1].

The website also claimed that tinnitus “is your first real warning signal that your brain could be dying”. It also alleged that tinnitus is not a ringing inside the ears but “a ringing across your brain” and “a disease of the networks connecting the brain”. This review explains below why these claims about tinnitus research and treatment are inaccurate or taken out of context, and largely unsupported by scientific data.

Tinnitus arises in the brain, not in the ear

There are multiple types of tinnitus, some of which are symptomatic of other underlying problems. For example, pulsatile tinnitus, which can sometimes be heard by doctor and patient, is usually caused by problems with the vascular system[2]. On the other hand, subjective tinnitus is only perceived by the patient. In some people who suffer from tinnitus, the phantom sound is related to specific medical conditions, such as Meniere’s disease, otosclerosis, or vestibular schwannoma. But the majority of tinnitus patients suffer from subjective idiopathic tinnitus, where no underlying problem is identified[3].

Some patients with subjective tinnitus suffer from hearing loss, but not all. Conversely, not all patients with hearing loss experience subjective tinnitus[3]. The mechanism causing subjective idiopathic tinnitus is not well understood, but researchers understand that the processes which cause tinnitus occur in the brain. So although tinnitus may, in some cases, initially be caused by an injury to the ear, the ringing persists because of changes in the brain. Researchers have linked tinnitus to increased spontaneous firing of neurons in the brain[1]. Scientists propose that tinnitus arises in the brain regions required for hearing, or even outside the neural pathways involved in hearing[3].

In 2017, a team of researchers suggested that tinnitus may be damage resulting from a mechanism that optimizes damaged hearing. Specifically, tinnitus may act as “noise” that boosts low levels of hearing above the threshold of detection[4].

The Tinnitus Battle website described a study in which scientists “‘followed’ tinnitus during an open brain operation and recreated its ‘circuit’”. The author then linked this to the observation that tinnitus “travelled through every area within the brain” with a breakdown in the synapses, which, according to him, causes a cascade “your memory begins to fade… brain disorders take over, including dementia, Alzheimer’s and Parkinson’s” until “your brain shuts down… for good”.

It is unclear which study the website referred to. However, the Tinnitus Battle website listed one study that examined intracranial recordings from one awake tinnitus patient[5]. This study found that brainwaves across several brain regions are changed when tinnitus is suppressed. However, this report didn’t investigate or draw conclusions about changes to synapses, brain death, or neurodegenerative diseases, such as Alzheimer’s and Parkinson’s disease.

Several studies have examined a potential link between tinnitus and neurodegenerative diseases, such as Alzheimer’s and Parkinson’s. A population-based cohort study found that the risk of developing Alzheimer’s or Parkinson’s disease was increased after patients were recently diagnosed with tinnitus[7]. However, researchers haven’t identified a causal association between tinnitus and neurodegenerative disease.

Some tinnitus treatments target the brain

The website claimed that “90% of the medications, treatments and therapies for tinnitus simply don’t work… Because they haven’t gotten to the ROOT of the cause.” As explained above, there is currently no treatment that works for all patients with tinnitus[3]. Few treatment options are available, and no drug is recommended for managing tinnitus. Currently, most treatment options address the day-to-day impact of tinnitus, rather than target the underlying causes of tinnitus[3]</sup, which remain unidentified.

The reasons why we still don’t have a cure for tinnitus are manifold. For example, different types of tinnitus are expected to exist, which may require different treatment approaches. In addition, a lack of objective measures of tinnitus—and its improvement—hampers research, as does a discrepancy between the animal models used to study tinnitus and the human experience of tinnitus[3].

In contrast to the claims on the website, scientists do test tinnitus treatments that target the brain. Drugs that affect the brain, such as memantine and esketamine, showed promise in animal models of tinnitus. However, these drugs didn’t improve tinnitus in patients. Devices that stimulate neurons are also being tested, some with promising results[8,9]. However, as tinnitus patients are unlikely to be a homogenous patient population, it is unlikely that a single treatment will provide relief for all tinnitus patients[10].

The website claimed that Tinnitus 911 can cure all who experience tinnitus, stating that “this formula is 100% effective and proven to work for you”, and that within days, “your hearing starts to clear”, and at a later stage, “your memory grows stronger and stronger”.

The website attributed these improvements in hearing to hibiscus and hawthorn berry, two ingredients in Tinnitus 911. However, there is no evidence available to support this claim, since no scientific studies have investigated the use of hibiscus or hawthorn berry for treating tinnitus. A survey found that the use of dietary supplements was widespread among tinnitus patients, but 70% of the respondents didn’t report a benefit. Furthermore, many side effects were reported[11].

The website attributed improvements in memory, particularly among Alzheimer’s patients, to niacin, but provided no evidence to support this claim.

To support niacin’s use to treat tinnitus, the website cited a 1944 study, in which half the patients were injected with niacin reported relief from tinnitus[14]. However, a double-blind controlled study found that niacin—in the form of nicotinamide—was no better than a placebo when used to treat tinnitus[15].

A further study into over-the-counter tinnitus “treatments”—containing many of the same ingredients as Tinnitus 911—found that claims made by marketers are scientifically unjustifiable[16]. The British Tinnitus Association published an analysis of the ingredients found in Tinnitus 911, based on scientific evidence for the ingredients’ use as tinnitus treatment. They found no evidence that the treatment improved tinnitus. Furthermore, they concluded that the supplement might even be harmful.

In summary, the Tinnitus Battle website misrepresented several scientific studies and failed to provide scientific evidence to support its claim that the supplement Tinnitus 911 is effective for treating tinnitus. While there is currently no cure for tinnitus, several types of treatments, such as hearing aids and counseling, can help patients to cope with the symptoms and reduce the impact of the condition on their daily lives.