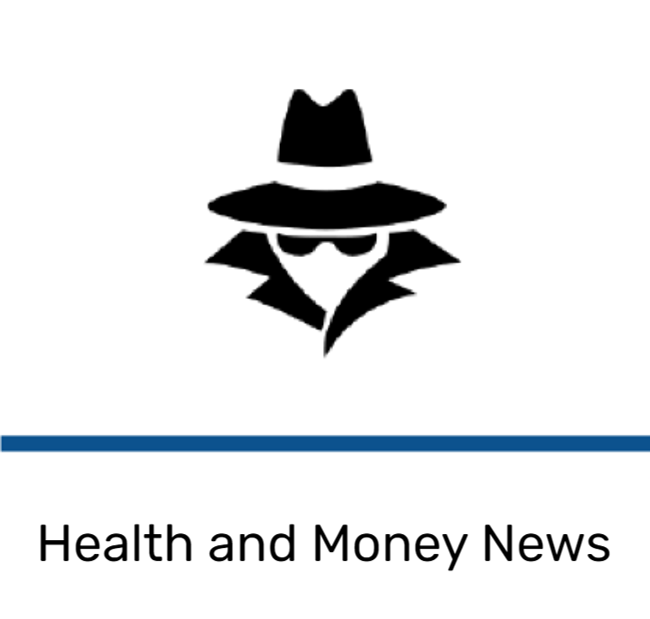 CLAIM
“Covid Vaccine is Female Sterilization”; SARS-CoV-2 vaccines may trigger an immune response against the placenta.
VERDICT more about the rating framework

Frontrunner COVID-19 vaccines have been found safe during Phase III clinical trials enrolling dozens of thousands of patients. Claims of vaccine induced infertility due to the presence of SARS-CoV-2 proteins in them are illogical as we would then see a peak of infertility among COVID-19 patients or during winter when many people get infected by other, benign, coronaviruses. The viral proteins contained in the vaccines are different from the proteins present in our body.

FULL CLAIM: “Covid Vaccine is Female Sterilization”; “the vaccine contains a Spike protein called syncytin-1”; “we are also training the female body to attack syncytin-1, which could lead to infertility”

The COVID-19 pandemic motivated unprecedented efforts to develop vaccines against SARS-CoV-2, the virus responsible for the disease. Towards the end of 2020, several vaccine candidates reached the approval phase. However, the rollout of these vaccines has been accompanied by many unsupported allegations about their dangers.

One of these claims originated from an open letter written by physician Wolfgang Wodarg and Michael Yeadon, a former employee of Pfizer. The two alleged that the virus SARS-CoV-2 and the human placenta produce similar proteins, specifically, the viral Spike protein and the human protein syncytin-1. Syncitin-1 allows placenta cells to fuse together and is a crucial protein for the correct development of the placenta and a successful pregnancy. Therefore, when a woman gets vaccinated against COVID-19, her immune system would learn to detect the Spike protein contained in the vaccine but would also detect and attack the placenta protein syncytin-1, due to a phenomenon called cross-reactivity.

Contrary to the claim, the SARS-CoV-2 Spike protein and the human protein syncytin-1 are not similar in terms of their composition in amino acids.

A database search of the human genome for proteins homologous to the Spike protein of SARS-CoV-2 returned no matches at all, demonstrating the lack of similarities between the two proteins. François Balloux, a geneticist at University College London, explained on Twitter that the comparison of syncytin-1 and SARS-CoV-2 yielded “no sequence homology”. Two proteins are said to be homologous when their similarities of sequence are significant indicating that they are evolutively related.

Yeadon later clarified that his claim was based on a small sequence of five amino acids, of which four are shared between syncytin-1 and the SARS-CoV-2 Spike protein. However, Balloux explains that similarities between the two proteins in a small number of amino acid sequences is insufficient to trigger a cross-reaction of the immune system. A minimum of 8 matching amino acids would be required to have a good chance (or risk) of cross-reactivity.

The bottom line is that a sequence of four or five amino acids is so short that it is likely to occur in many proteins. The three proteins analyzed by Croxford are absolutely vital for the functioning of our body. Actin is an essential component of muscles and participates in their contraction. Collagens are necessary to maintain the structure of our tissues and hemoglobin is responsible for the transport of oxygen in Red Blood Cells. If such small matching sequences where sufficient to trigger a cross reactivity between SARS-CoV-2 Spike and those proteins, then many people who had COVID-19 or who are participating in the vaccine clinical trials would likely have developed an autoimmune response against their own actin, collagen, or hemoglobin, with significant disorders.

Another argument that counters the idea of immune system cross-reactivity between the SARS-CoV-2 Spike protein and syncytin-1 is that the Spike protein is present in all coronaviruses. Four of these coronaviruses, named 229E, NL63, OC43, and HKU1, are responsible for the common cold. Therefore, many humans have already been in contact with at least one of them. These common cold coronaviruses also share similarities of very short sequences of four or five identical amino acids with human syncytin-1, see Figure 1 and 2 for examples. Yet, infections with these common cold coronaviruses don’t trigger an autoimmune response that destroys the human placenta. If this were the case, we would observe a peak of female infertility every winter. 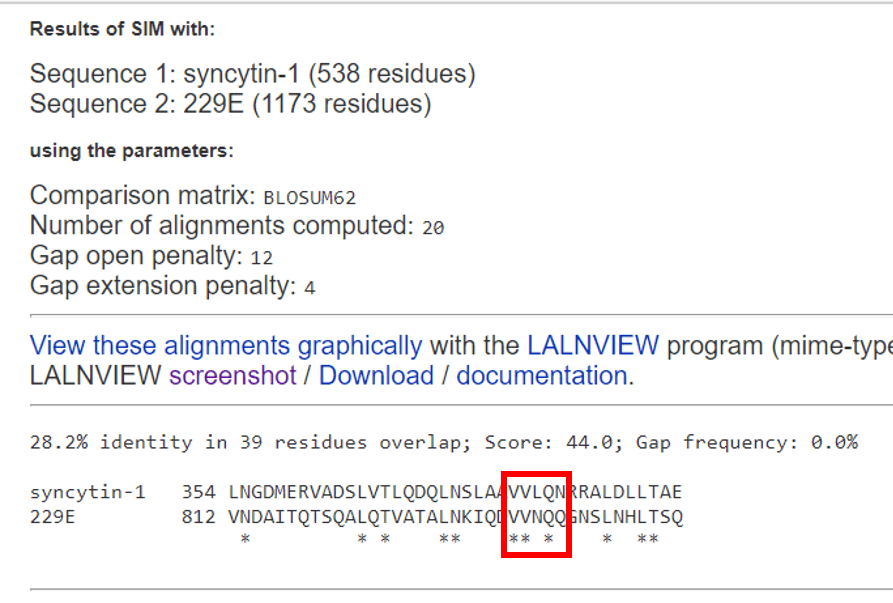 Figure 1: Short similarity between human syncytin-1 and the Spike protein from the common cold coronavirus 229E. This is an alignment between a fragment of the syncitin-1 protein (starting at amino acid number 354) and the 229E Spike protein (starting at amino acid 812). The letters indicate the type of amino acid encountered at each position. Asterisks indicate the presence of an identical amino acid between the two proteins. The red rectangle highlights a stretch of five amino acids where three are identical between the two proteins.

Figure 2: Short similarity between human syncytin-1 and the Spike protein from the common cold coronavirus NL63. This is an alignment between a fragment of the syncitin-1 protein (starting at amino acid number 144) and the NL63 Spike protein (starting at amino acid 1239). The letters indicate the type of amino acid encountered at each position. Asterisks indicate the presence of an identical amino acid between the two proteins. The red rectangle highlights a stretch of six amino acids where five are identical between the two proteins.

In summary, the similarities between the SARS-CoV-2 Spike protein and the human placenta protein syncytin-1 are extremely small. Such similarities are present in many other proteins, but do not trigger broad autoimmune responses among COVID-19 patients. Similarities between syncytin-1 and the Spike protein of the common cold coronaviruses can also be detected, and yet no seasonal infertility is recorded, which would have been the case if brief identical sequences were sufficient to trigger immune cross-reactivity. It is true that clinical trials from the vaccine frontrunners tend to exclude pregnant women from the cohorts, which creates a gap in our knowledge that needs to be filled. However, it is inaccurate to claim that syncytin-1 and SARS-CoV-2 Spike protein are very similar. Furthermore, it is extremely unlikely that a person’s exposure to the SARS-COV-2 Spike protein via a COVID-19 vaccine would trigger an autoimmune response against the placenta.

An in-depth analysis showing the lack of homology between syncytin-1 and the viral Spike protein. The author lists additional arguments, such as the fact that for cross-reactivity to occur, there must be more than one short identical sequence between two proteins.

The headline of the article was updated for clarity.