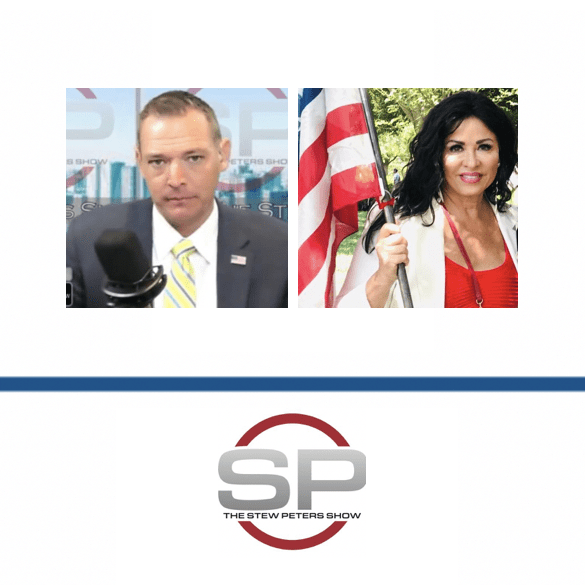 CLAIM
“These Spanish researchers have found that over 99 percent of the Pfizer vaccine is graphene oxide.”
VERDICT more about the rating framework

DETAILS
Unsupported: There is no evidence that the Pfizer-BioNTech COVID-19 vaccine contains graphene. The only sample used in the study is of unknown origin and traceability. Lists of the vaccine’s ingredients released by Pfizer-BioNTech do not include graphene oxide. The analysis, done using electron microscopy, is also inconclusive.
Misleading: These claims state that the analysis is an official study from the University of Almería. However, the university has “unequivocally” distanced itself from the analysis that claims to have found graphene oxide in a vial of the Pfizer-BioNTech COVID-19 vaccine. The university also made it clear it doesn’t endorse the analysis.
KEY TAKE AWAY

Claims that a study from the University of Almería, Spain, found graphene oxide in the Pfizer-BioNTech COVID-19 vaccine, contain numerous inaccuracies. Firstly, the alleged vial of the Pfizer-BioNTech vaccine analyzed is of unknown origin and traceability. Secondly, the methodology used for the analysis, electron microscopy, is inconclusive. Thirdly, the list of ingredients in the Pfizer-BioNTech COVID-19 vaccine, which can be found in the vaccine’s package insert, don’t include graphene; these package inserts are rigorously reviewed by health authorities. Lastly, the analysis isn’t an official study from the University of Almería, which distanced itself from the analysis and its conclusions.

FULL CLAIM: “The group is called La Quinta Columna, the fifth column, and they are associated with the University of Almería, but what they did was they got a Pfizer vial […] and here’s the shocking information” ; ‘These Spanish researchers have found that over 99 percent of the Pfizer vaccine is graphene oxide”

Claims that a study from the University of Almería in Spain found graphene oxide in the Pfizer-BioNTech COVID-19 vaccine have been circulating in Spanish-language Telegram channels for weeks. These claims gained force in late June 2021 when microscopy images allegedly comparing graphene oxide and the contents of the Pfizer-BioNTech COVID-19 vaccine from a research study were posted on a Telegram channel. The claims have now spread through a number of social media platforms, such as TikTok and Facebook, and in a number of languages including Portuguese and now English.

As part of the #CoronaVirusFacts Alliance led by the International Fact-Checking Network (IFCN), which “unites more than 100 fact-checkers around the world in publishing, sharing and translating facts surrounding the new coronavirus”, Health Feedback has translated the fact-check for this claim, published by Spanish fact-checking organization Newtral.es, a fellow signatory of the IFCN code of principles.

You have asked us through our WhatsApp verification service (+34 627 28 08 15) if it is true that the University of Almería [a public university in Almería, Spain] has published a study that shows the presence of graphene in the Pfizer-BioNTech COVID-19 vaccine. This is false.

Although a document concerning vaccines and graphene oxide on which the university’s seal appears has gone viral, this document isn’t endorsed by the University of Almería. In fact, the academic institution has “unequivocally” distanced itself from this alleged study and its conclusions.

The viral document is neither a scientifically supported study nor does it provide conclusive evidence that the authorized COVID-19 vaccines contain either graphene or graphene oxide, as claimed in different viral messages that have been disseminated with a link to the document.

The author of the report compared images obtained via electron microscopy. One of them is from a sample of graphene oxide, and the other of a liquid that, according to the document, could be the Pfizer-BioNTech vaccine, although the product’s “origin and traceability is unknown”.

Based on the scientific evidence available, experts who spoke to Newtral.es refuted that the authorized COVID-19 vaccines are made with graphene, an ingredient that doesn’t appear on the vaccine’s package inserts, which are rigorously reviewed by health authorities.

The origin of the analyzed sample of the presumed vaccine: unknown

The document you have asked us about, titled “Detection of graphene oxide in aqueous suspensions (Cominarty)” was published 28 June 2021 and shared on various anti-vaccine websites.

Comirnaty is the commercial name of the Pfizer-BioNTech COVID-19 vaccine, but as we have already shown, there is no evidence that the liquid analyzed in the document is from this vaccine.

The document’s author acknowledges that a vial arrived by “courier” service, but that he doesn’t know its traceability. In addition, he also clarifies that the person who sent him this supposed vial is Ricardo Delgado Martín, who has disseminated anti-vaccine content.

The document we are analyzing isn’t published in a prestigious scientific journal in its field, which provides a “quality seal” to scientific work. There is also no evidence that the text has been validated by the scientific community through the process known as peer review, in which the methodology, interpretation, results, and conclusions are checked.

As is made clear in the document, it’s an “interim report” whose objective is the “microscopic identification of graphene derivatives” in an alleged sample of the Pfizer-BioNTech vaccine. To do this, images of the sample, obtained through electron microscopy, are compared with images of “reduced graphene oxide” taken from the scientific literature.

As stated in the publication, the images present “a high similarity” to each other, therefore, from this comparison, it is concluded that “the microscopic study of the sample provides evidence of the probable presence of graphene derivatives.”

However, the author proceeds to acknowledge that “microcopy doesn’t provide conclusive evidence” and that the “analyses in this report are from a single, limited sample.”

“It is therefore necessary to carry out a significant sampling of similar vials to draw conclusions that can be generalized to comparable samples, recording origin, traceability and quality control during conservation and transport prior to analysis,” the document highlights.

Ultimately, the publication doesn’t provide conclusive evidence that the Pfizer-BioNTech vaccine contains graphene oxide. Nor that it contains graphene, as claimed in anti-vaccine messages. Here you can access the package insert for the Pfizer-BioNTech COVID-19 vaccine, which lists the components of this vaccine (on page 11 ) [Health Feedback: The full list of ingredients can be seen on page 29].

Newtral.es has already explained that there is no evidence that the other authorized COVID-19 vaccines contain graphene, as the president of the Spanish Vaccination Association, Amós García, explained to us.

The University of Almería has distanced itself from the alleged analysis

The individual who signs the report that we are verifying is Pablo Campra, a researcher and professor at the University of Almería.

Campra himself highlights in the document that the results “do not imply any position of the University of Almería” and that neither he nor the university “assume any responsibility for the content and opinion of third parties.”

However, because the university’s logo appears on the document, COVID-19 denialist groups are sharing the alleged analysis of the vaccine as an official study from an academic institution.

The University of Almería has already “unequivocally” distanced itself from the researcher’s conclusions in the document and, in fact, clarifies that it is not a scientific study endorsed by the university, while reminding that the substance being analyzed is of “unknown” origin.

“This university neither endorses nor shares” the study’s conclusions, since it is an “unofficial report by a university professor of an analysis of a sample of unknown origin with a complete lack of traceability’, the university highlighted in an official statement released on Friday, 2 July.

The statement clarifies that “the University of Almería, as an academic institution, wholeheartedly supports vaccines as a scientifically unquestionable instrument to fight against diseases.”

In the last few weeks, other messages claiming that “there are studies” proving that the authorized COVID-19 vaccines “contain graphene oxide” have been shared. To support these claims, the messages include links to a research article published on 11 May 2021 in the scientific journal Proceedings of the National Academy of Sciences (PNAS).

This article, which includes Georgia State University (United States) researcher Chunhong Dong, is about the development of a potential intranasal vaccine against influenza that is still in a preliminary phase and has only been studied in animal models.

In this experimental vaccine, the properties of “polyethyleneimine-functionalized graphene oxide nanoparticles” are analyzed, but Chunhong Dong, from Georgia State University and one of the authors of the study, clarifies to Newtral.es that this vaccine has not been authorized and studies are in a very early stage.

Additionally, Dong adds that she is not aware of any vaccine containing graphene oxide nanoparticles being licensed and that the study doesn’t prove such a thing.

As already explained in Newtral.es, all vaccines have to pass through numerous controls and tests in which their safety and efficacy are guaranteed.

Statements to Newtral.es from Chunhong Dong of Georgia State University.

Research paper published 11 May in the scientific journal Proceedings of the National Academy of Sciences (PNAS).