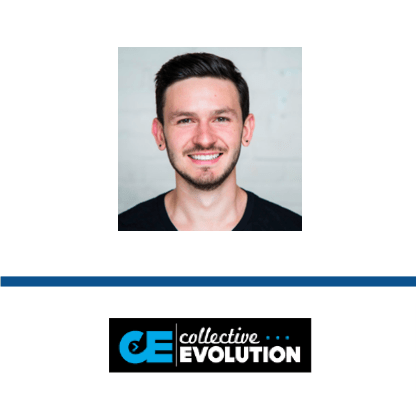 CLAIM
“WHO data shows [that] ivermectin reduces COVID-19 mortality by 81%, but they won’t recommend it?”
VERDICT more about the rating framework

DETAILS
Cherry-picking: Most data supporting ivermectin’s efficacy in COVID-19 patients came from studies with small sample sizes and weak designs. When considering only the more rigorously designed randomized controlled trials, ivermectin didn’t show a significant benefit.
Unsupported: There is currently insufficient evidence to establish whether ivermectin is safe and effective in COVID-19 patients.
KEY TAKE AWAY

Repurposing existing drugs is a helpful strategy that can accelerate the approval of new treatments against a disease. However, simply because a drug works against one disease isn’t evidence that it will work for another. Therefore, even existing drugs used for one disease still need to demonstrate that they are safe and effective in the context of another disease. While some studies suggest that ivermectin might have a beneficial effect in COVID-19 patients, they don’t provide sufficient evidence to recommend ivermectin as a COVID-19 treatment due to potential biases and small sample sizes.

FULL CLAIM: “WHO data shows [that] ivermectin reduces COVID-19 mortality by 81%, but they won’t recommend it?”

On 13 April 2021, Collective Evolution published this article claiming that data from the World Health Organization (WHO) shows ivermectin reduced COVID-19 mortality and hospitalizations by 81% and 64% respectively, compared to standard of care. The alleged source of this claim is a 31 March 2021 update of a WHO guideline on COVID-19 treatments recommending against the use of ivermectin outside clinical trials. The article claimed that the WHO withheld data demonstrating ivermectin’s efficacy, suggesting that the organization “may not be acting in people’s best interests”.

Scientists who reviewed the Collective Evolution article found that it was misleading because it didn’t consider the quality and risk of bias of the different clinical studies evaluating ivermectin’s efficacy. Because studies can vary greatly in quality, a meta-analysis must be careful to account for potential biases in the studies it includes. Biases can greatly influence the reliability of the studies’ findings and thus the conclusions of the meta-analysis.

Ivermectin is an antiparasitic drug that received considerable public attention in the second half of 2020, after some studies reported its antiviral effects in cultured cells against a large range of viruses, including SARS-CoV-2[1,2]. Later studies suggested that ivermectin may improve clinical outcomes in COVID-19 patients[3,4]. This preliminary evidence, together with the low cost and accessibility of the drug, led several countries to recommend ivermectin as a COVID-19 treatment.

Where does this figure come from?

These rates represented a reduction of 80% in mortality and 64% in hospitalizations in the ivermectin-treated patients compared to patients who received standard of care, which are very similar to the numbers reported in the Collective Evolution article.

Alternatively, the 81% figure might come from an analysis posted on the website CovidAnalysis that the Collective Evolution article also cited. The website claimed that a meta-analysis of 18 clinical studies testing ivermectin in COVID-19 patients demonstrated an 81% “improvement” when used as an early treatment. The website didn’t specify which clinical outcomes were evaluated. CovidAnalysis previously promoted unproven COVID-19 treatments using flawed analyses and biased methodologies. For example, this review by Health Feedback covered a previous analysis incorrectly claiming that countries with a widespread use of hydroxychloroquine had lower COVID-19 mortalities.

Kevin Wilson, a professor at the Boston University School of Medicine and Chief of Guidelines and Documents at the American Thoracic Society, explained to Health Feedback that the figure of the 81% reduction in mortality with the ivermectin treatment resulted from aggregating data from 18 trials, including “poor-quality trials that may bias the results”.

In contrast, the meta-analysis that informed the WHO guideline only included randomized controlled trials, which are considered the gold standard for testing drug safety and efficacy[6,7]. Although 16 randomized trials contributed to the guideline’s evidence summary, only five directly compared ivermectin with standard of care and reported mortality. Of these five, two were at high risk of bias due to inadequate group blinding or randomization and the lack of a publicly available protocol.

The WHO conducted separate analyses of the clinical trials with a high risk of bias and those with a low risk of bias.. When trials with a high risk of bias were excluded from the analysis, the absolute mortality reduction in the remaining three trials wasn’t statistically significant anymore. This means that there was a high probability that the observed results are due to chance. “The magnitude of [ivermectin’s] effect is progressively smaller as the quality of the studies included in the meta-analysis increase”, Wilson said.

Carlos Chaccour, an assistant professor at the Barcelona Institute for Global Health and specialist in malaria, pointed out the same problem:

“The effect, however, is no longer statistically significant when the studies at high risk of bias are removed from the analysis. In other words, the overall positive effect is driven by two non-conclusive studies with potential confounders.” [Editor’s note: confounders are factors other than ivermectin treatment that could cause the observed differences in mortality]

Therefore, the evidence suggesting that ivermectin reduced mortality in COVID-19 patients was mostly driven by two studies with a high risk of bias. According to Wilson, “the claim of an 81% mortality reduction is an exaggeration of the effect, and it is possible that the effect doesn’t even exist”. At the moment, “the effect of ivermectin on mortality is uncertain,” he said.

Beyond the risk of bias, the WHO guideline reported a serious risk of imprecision in the mortality analysis due to the small number of total deaths in the standard care and ivermectin groups. The small number of events increases the likelihood that the effects of ivermectin could be due to chance alone, adding further uncertainty to the conclusions, as the WHO highlights on page 17:

“This combination of serious risk of bias and very serious imprecision contributed to very low certainty of evidence for mortality, despite a point estimate and confidence interval that appear to suggest benefit with ivermectin. As a result, the panel concluded that the effect of ivermectin on mortality is uncertain. Similar considerations were applied to the other critical outcomes, including mechanical ventilation, hospital admission, and duration of hospitalization, and resulted in very low certainty for these outcomes as well.”

The claim that ivermectin is “such a safe, long used, and well understood drug” is also misleading. It is true that the WHO included ivermectin in the 2019 Model List of Essential Medicines because of its efficacy and safety. However, this status only applies to the concentrations and conditions recommended for treating parasitic infections, not as an antiviral in COVID-19 patients.

The WHO analysis showed that ivermectin might increase the risk of serious adverse events in COVID-19 patients. According to the U.S Food and Drug Administration (FDA), potential side effects of ivermectin as an antiparasitic include nausea, vomiting, diarrhea, facial or limb swelling. Serious side effects, including severe skin rash, liver injury, and neurologic adverse events, were also reported. However, clinical trials thus far offer only very limited data about the safety of high doses of ivermectin and its effect on the important inflammatory processes that COVID-19 patients undergo.

Robust clinical trials are still scarce, as Health Feedback discussed in previous reviews here and here[8-10]. Furthermore, many studies on ivermectin’s efficacy were affected by confounding factors or not peer-reviewed by other scientists yet. A summary of the results and limitations of some clinical studies on ivermectin in COVID-19 patients is available on the COVID-19 Treatment Guidelines from the U.S. National Institutes of Health.

Therefore, the WHO’s current recommendation not to use ivermectin for COVID-19 is indeed “in people’s best interest”, based on the concept of clinical equipoise and contrary to what the Collective Evolution article claimed. This recommendation arises from the uncertainty about ivermectin’s efficacy in COVID-19 patients and the risk of a potential harmful effect.  Other public health authorities, including the FDA, the Infectious Diseases Society of America, the European Medicines Agency, also advised against the use of ivermectin for preventing or treating COVID-19 outside of clinical trials. Even Merck, the manufacturer of ivermectin, doesn’t recommend its use in COVID-19 patients due to the lack of safety data.

The bottom line is that the effect of ivermectin on mortality is uncertain and the statement that ivermectin “reduces COVID mortality by 81%” probably overestimates the effect, maybe dramatically. Let me explain.

The basis of the article’s statement is their own meta-analysis aggregating 18 trials (both randomized and non-randomized) that demonstrates that ivermectin reduces mortality compared to various control groups, with an absolute reduction of 15.6% and a relative reduction of 76% (22.5% in control arms versus 6.9% in ivermectin arms). The problem with the meta-analysis is that it includes poor-quality trials that may bias the results.

As you can see, the magnitude of the effect is progressively smaller as the quality of the studies included in the meta-analysis increase:

Thus, at a minimum, the claim of an 81% mortality reduction is an exaggeration of the effect, and it is possible that the effect doesn’t even exist. We will see with future evidence where the truth lies.

Yes, the WHO’s meta-analysis shows a reduction of mortality in ivermectin-treated COVID-19 patients. The effect, however, is no longer statistically significant when the studies at high risk of bias are removed from the analysis. In other words, the overall positive effect is driven by two non-conclusive studies with potential confounders. This effect greatly increases the uncertainty of these findings. This is the reason why WHO’s recommendation is to only use ivermectin in clinical trials. Evidence is insufficient to recommend the clinical use of ivermectin or to recommend against further testing.

In this article from the Barcelona Institute for Global Health, Carlos Chaccour provided more answers to common questions about ivermectin and COVID-19.