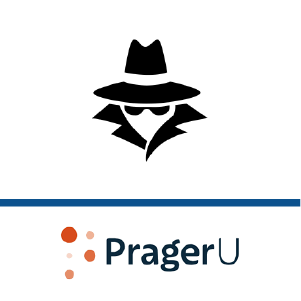 CLAIM
The polar bear population has been growing. Polar bears are thriving even where sea ice is diminishing.
VERDICT more about the rating framework

DETAILS
Cherry-picking: There is no scientific evidence that the global polar bear population is growing and there is evidence that several subpopulations are declining. Only two of the 19 polar bear subpopulations are likely increasing in size. The claim does not discuss data from other subpopulations that are declining or stable.
Incorrect: The claim that “Polar bears are thriving even where sea ice is diminishing” runs counter to scientists’ understanding: sea ice loss due to climate change is recognized as the most important threat to the long-term survival of polar bears.
KEY TAKE AWAY

There is no scientific evidence that the global polar bear population is growing in size. Climate change induced losses in sea ice habitat is the most important threat to polar bear survival. Two polar bear subpopulations have already been negatively impacted by sea ice loss.

The claims appeared in a Facebook video by PragerU in May 2020, and has received more than 1 million views since it was published. There is no scientific evidence that the entire polar bear population has been growing, contrary to what this video claims. Of the 19 subpopulations measured by the IUCN Polar Bear Specialist Group, only two are likely increasing over the short-term. Currently, sea ice loss due to climate change is the most important threat to polar bears, contradicting the claim that “polar bears are thriving even where sea ice is diminishing”[1-3]. 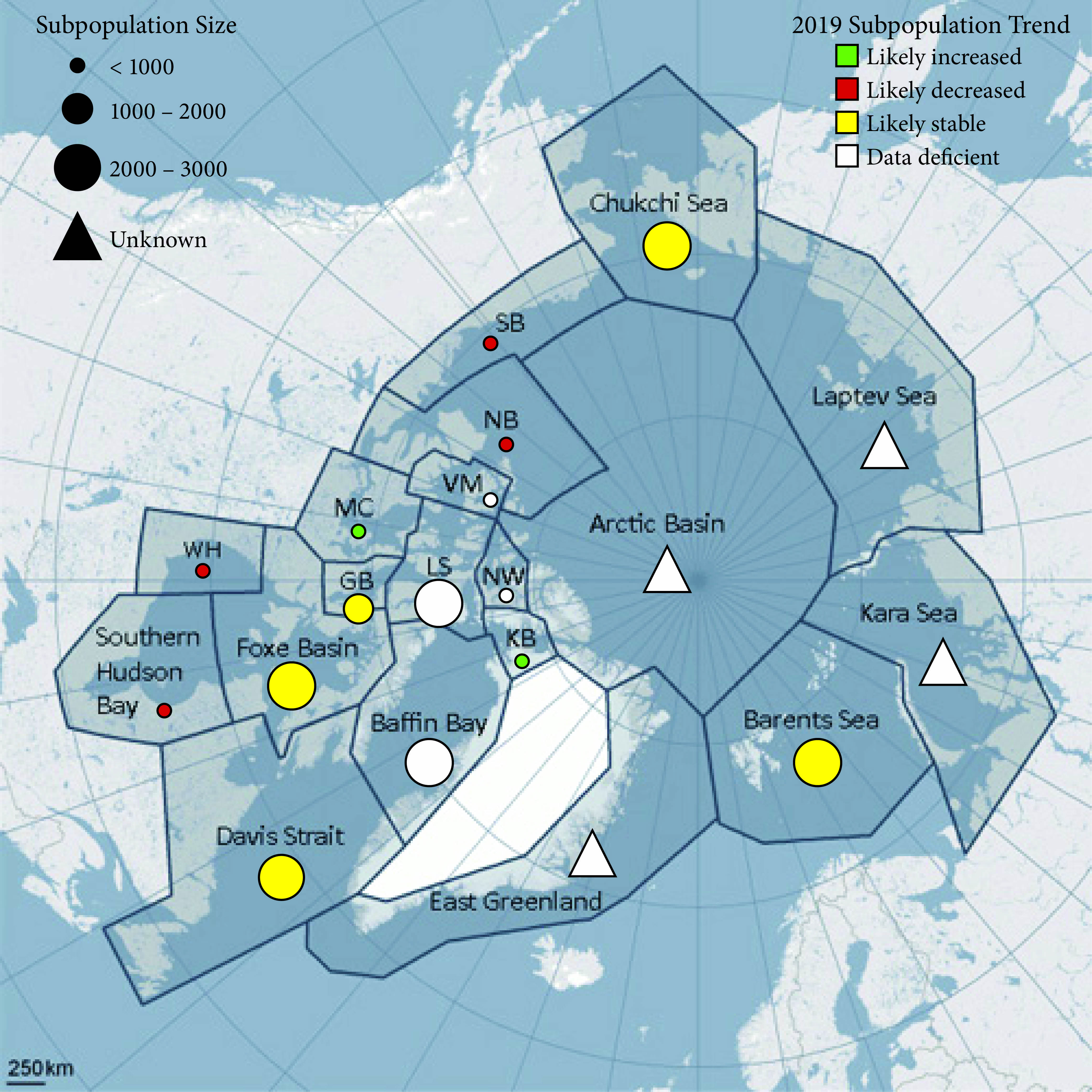 Prior to the late 1970s, data on polar bear populations was limited or non-existent, as described by the reviewers below. During this time, hunting, killing, and capturing polar bears were the biggest threats to their survival until an agreement was signed to control these practices in 1973[4]. This agreement likely led to an increase in the global polar bear population in the 1970s[5]. But as stated in Hunter et al. (2010), “there is no evidence that these increases continued, and such recoveries, where they occurred, are irrelevant to the effects of recent changes in the availability of sea ice.”[5] 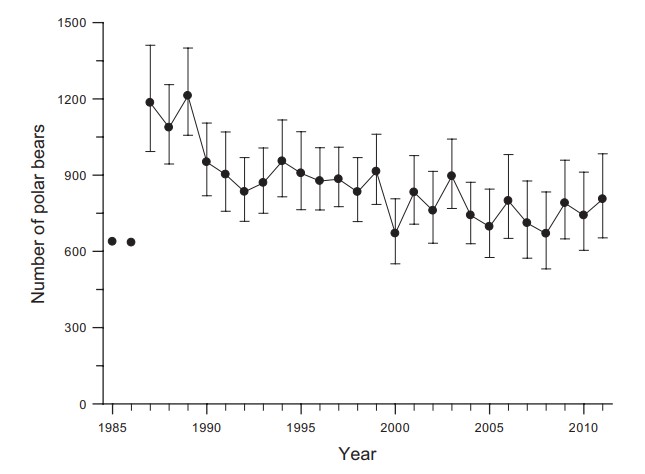 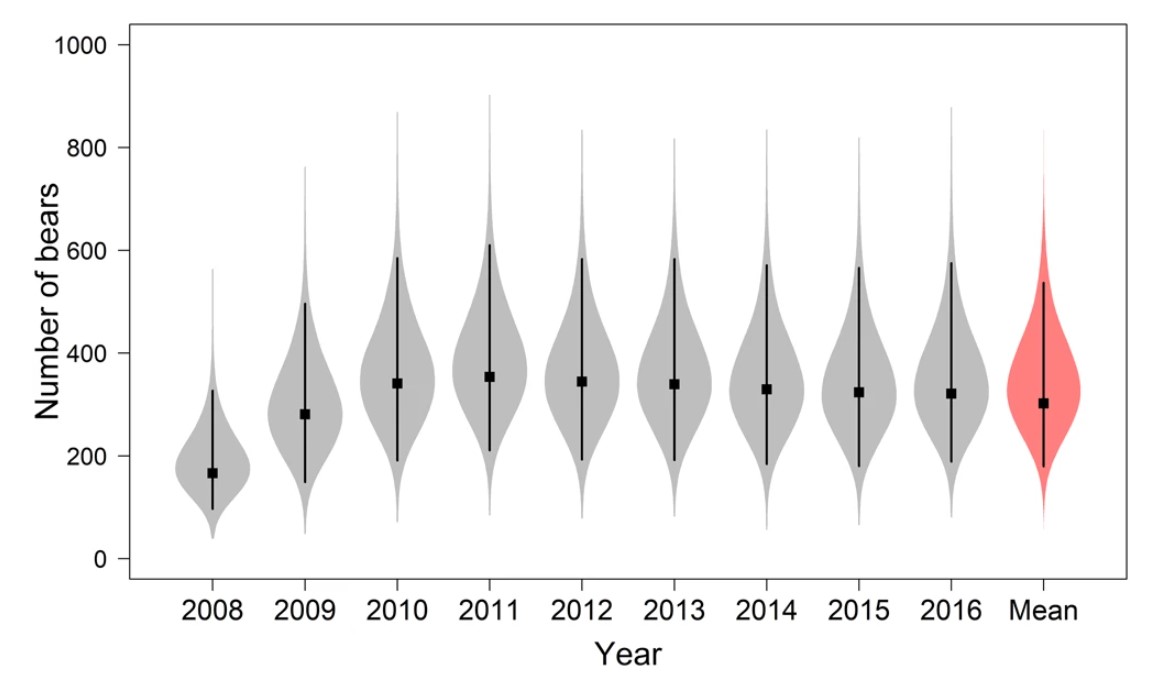 The most important threat to the long-term survival of polar bears is the loss of sea ice habitat due to climate change[1-3]. Polar bears rely on sea ice to hunt seals (their primary prey), mate, establish dens, and move to new regions seasonally[2]. Loss of sea ice is occurring in almost all polar bear subpopulations and has already negatively affected some subpopulations[6,7].

“Long-term monitoring studies in Canada suggest that polar bear body condition, survival and population growth rates are all negatively impacted by declines in the availability of sea ice habitat and there are no data to suggest that polar bears are thriving in areas where sea ice has significantly declined,” said Gabrielle Lamontagne, a communication advisor for Environment and Climate Change Canada.

In 17 of the 19 polar bear subpopulations, sea ice is retreating earlier in the spring. Sea ice is advancing later in the fall in 16 subpopulations. For example, in the Hudson Bay subpopulation, scientists found that earlier break-up of sea ice was associated with lower rates of survival for all age classes of female polar bears (see figure below). 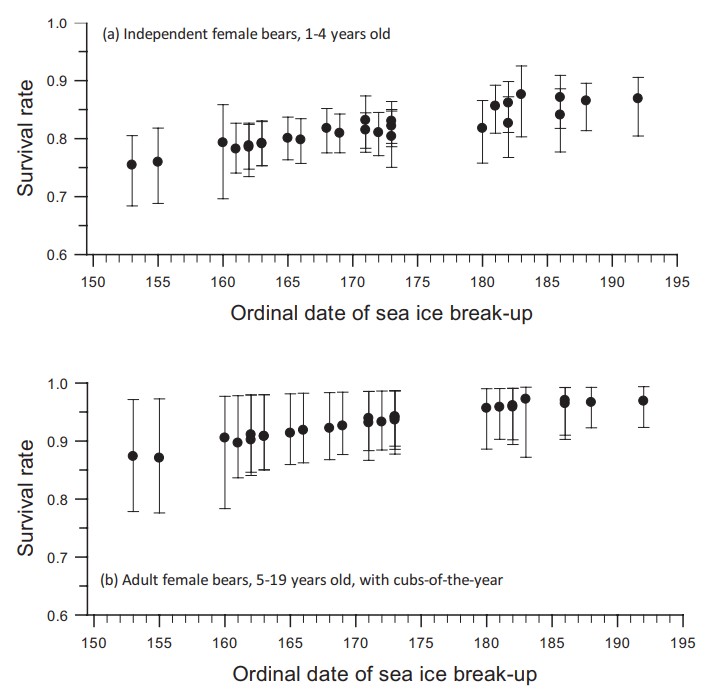 Figure—Estimated survival of female polar bears aged 1 – 19 years old declines as sea ice breaks up earlier in the year. Live-recapture and dead-recovery data was collected in the Hudson Bay subpopulation from 1984 – 2011. From Lunn et al. 2016[7].

Overall, the claims that the polar bear population is growing and that polar bears are thriving in areas where sea ice diminishing are not supported by scientific evidence.

Andrew Derocher, Professor, University of Alberta:
For the claims, and the “inconvenient facts”: “The polar bear population has been growing.” – Incorrect. There are 19 subpopulations of polar bears across the Arctic. Four are likely decreasing (according to the IUCN/SSC Polar Bear Specialist Group – of which I am a member). Five are likely stable and two are likely increasing. The remainder are unknown. However, one of the unknown subpopulations is likely also decreasing but the Government of NWT won’t release the analyses showing that it has declined as well. If one considers the “global” population as if there is 1 population in the Arctic, the claim of “growing” cannot be supported.

For the claim that “The polar bear population hasn’t been this high in over 50 years”—well, if one wants to start the numbers at the pre-1973 start point, perhaps this one is OK because while we have zero data on polar bear abundance until the late 1970s, polar bears were commercially harvested until ca. 1973 when the Agreement on the Conservation of Polar Bears was signed that introduced harvest controls. Polar bears, while based on poor or no data, were heavily depleted in the 1950s-1960s. So, from 1970 to 2020, fine, polar bear populations overall increased. This of course ignores areas that have now declined (Western Hudson Bay, Southern Hudson Bay, Southern Beaufort Sea) and M’Clintock Channel that was severely overharvested post-1973. It’s a word game. Past increases were due to harvest controls. Current declines are due to climate change associated loss of sea ice[1,2,3].

For the claim that “Polar bears are thriving even where sea ice is diminishing”—again, this is spin. In Western Hudson Bay, Southern Hudson Bay, and Southern Beaufort Sea, population declines are associated with sea ice loss (lower survival, lower successful reproduction that lead to abundance declines). Some polar bear populations are doing OK and are experiencing some sea ice loss. We know, however, that that pattern cannot be sustained. The Barents Sea polar bears appear to be doing OK yet they are losing sea ice at high rates. Why are they doing OK and others are not? That area has a very large area of continental shelf/shallow water. Polar bear habitat is widespread. It is experiencing the highest rate of sea ice loss in days of cover per decade of the 19 polar bear populations. We’ve just not hit the point where their habitat is affected enough to cause problems. It will happen. Regardless, this area has seen many changes (e.g. loss of maternity den areas, loss of habitat). I worked in the Barents Sea for 7 years—this population will lose with the current trend in sea ice.

The sources the video cites are nonsense scientifically and, worse, deliberately misrepresent the facts. As for real numerical information on polar bears, if anyone wants to know how much can be said with as much reliability as is possible, they should go to the web site for the IUCN Polar Bear Specialists Group (which I am also a member of). Note on the left hand side there are headings that give estimates and summaries (with references) of knowledge for all the 19 populations. The estimates for some populations are labelled as current, outdated, and nonexistent for others, particularly in Russia, so it is not technically possible to have a “total estimate”. In reality, it is the status and trends of the 19 individual populations that count. Several populations, such as those in western and southern Hudson Bay, and the southern Beaufort Sea are confirmed unequivocally, from long-term data, to have declined significantly as a direct result of climate warming causing steady loss of sea ice[6,7]. Some other populations are likely also declining, just judging from the extent of the steady loss of ice but we lack long-term data with which to make that assessment, and a couple are doing OK, such as Foxe Basin and Davis Straight, and one seems to be increasing (M’Clintock Channel). However, unless we are able to stop global warming and maybe even start to cool the planet, all populations will decline severely and some will be lost forever[5]. The steady loss of sea ice in all subpopulation regions is well summarized by Stern and Laidre[2]. Dr. Derocher and I also published a review a few years ago that gives the state of knowledge about the effects of climate warming on polar bears[1].

We wrote a review on a picture published by National Geographic, in which scientists explain that it was unclear whether this particular polar bear was a victim of climate change. In another Climate Feedback review of a Financial Post article, scientists explained that the claim “polar bears are thriving” rather than being threatened by losses in Arctic sea ice misrepresents scientific research on this topic.