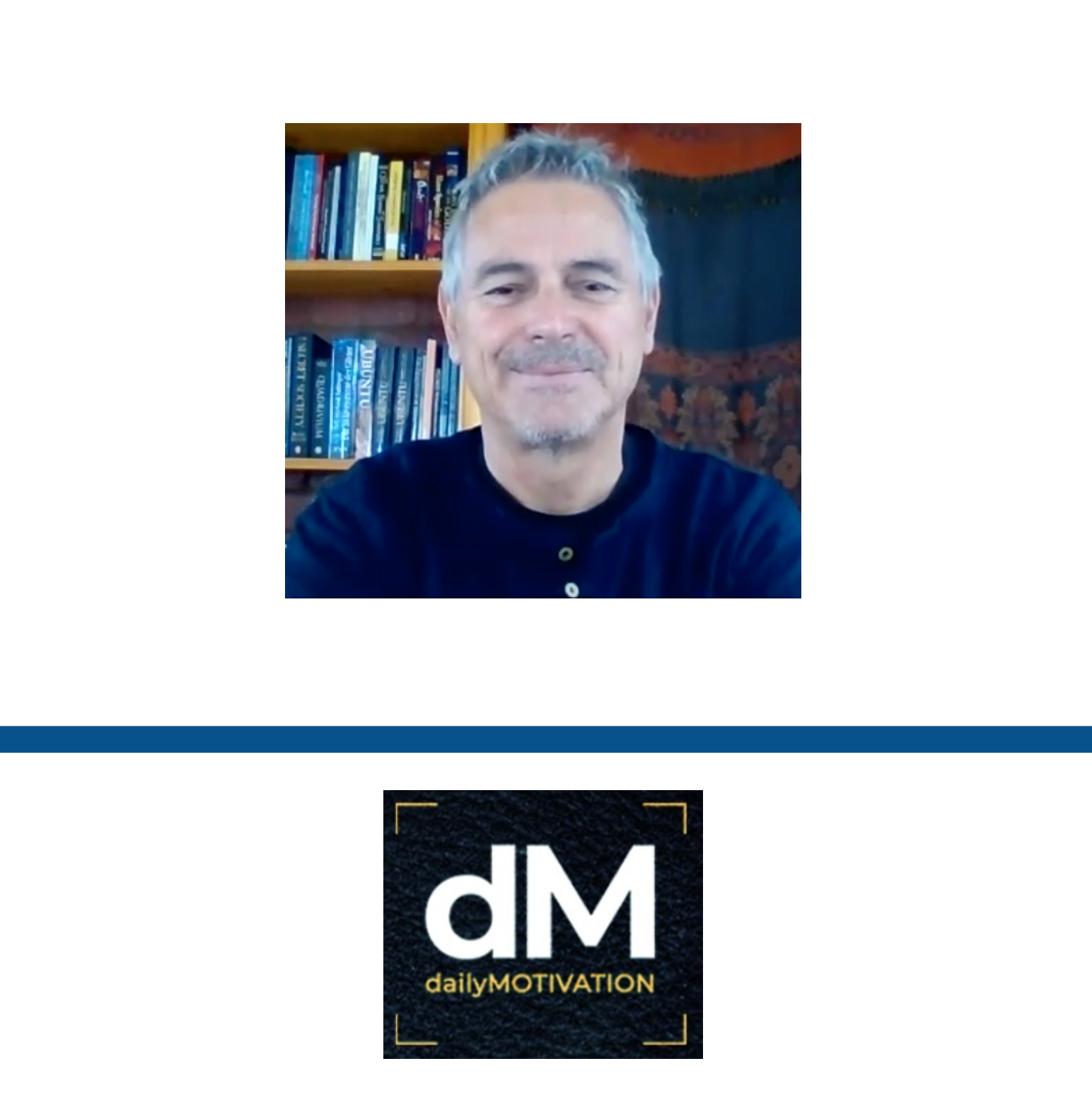 CLAIM
Everything is made of sound, so extrasensory perception (ESP) should be possible
VERDICT more about the rating framework

DETAILS
Incorrect: The wave function of the electron is not a sound wave. Sound cannot be used to create matter, use extrasensory perception, or perform witchcraft.
Incorrect: Nikola Tesla’s suggestion that one should think in terms of frequency to understand the universe is a mainstream idea. The consensus in quantum theory is that the fundamental particles of the universe are actually wave-like objects called wave functions.
Misleading: The planetary model of the atom taught in schools is a simplified picture of contemporary models. This does not mean that schools are lying about the nature of the universe.
KEY TAKE AWAY

The planetary model of the atom taught in primary and secondary school is a simplified representation of the atom. Electrons and all other fundamental building blocks of the universe are not solid balls, but instead are described mathematically as waves, called a “wave function” in quantum mechanics. These wave functions are not sound. Sound is made of atoms. As a result, sound cannot be used to perform telekinesis or witchcraft.

FULL CLAIM: Tesla and Einstein did not believe in the existence of the electron. Schools and mainstream institutions have been lying to us about the atomic structure. The truth is that sound is the source of everything and acts through resonance; therefore, the human voice can create anything and the human eye should be able to see everything. We can use this for witchcraft and extrasensory perception respectively.

In June 2021, two YouTube video claimed that the mainstream has ignored Nikola Tesla’s suggestion that scientists should think of the universe as composed of vibrations at various frequencies. The videos were shared on Facebook (such as here and here) and viewed tens of thousands of times. The video series uses Tesla’s suggestion, as well as contemporary research on the electron, to postulate that everything in the universe is made of sound, which should permit humans to perform extrasensory perception (ESP) and witchcraft. These videos fundamentally misinterpret quantum mechanics (and its history) and depict a view of the universe that contradicts over a century of scientific results. At the same time, this misunderstanding highlights why scientists still debate aspects of quantum theory’s philosophical implications.

Before reviewing the claim in detail, two disclaimers are in order. First, the video series makes a number of religious claims and interpretations. For example, the first video in the series states that similarities between various religions indicate that “sound is the source of all creation”. This review is not a critique of religion, only of how the claimant misunderstands and misuses a fundamental scientific understanding. Second, this review cites common academic texts on quantum physics. Gleaning any meaning from these sources usually requires years of dedicated study. Readers who want to convince themselves of the topic might look instead to a number of secondary sources discussing the history of quantum physics (see for example What is Real? by Adam Becker).

In the first video of the series, the claimant quotes Nikola Tesla: “If you want to find the secrets of the universe, think in terms of energy, frequency and vibration.” Since sound is a vibration and a source of creation (according to his interpretation of religion), the video’s narrator claims that Nikola Tesla was privy to something ignored or hidden by mainstream science. Exactly what he claims is being ignored is not made clear until the second video. In this video, the narrator shows a ”picture of an electron” taken from an uncited academic study. The image shows what looks like a ring of ripples one makes when they drop a rock into a calm pond. He then understandably asks “can you see a particle anywhere in this picture?” before eventually declaring that the model of the atom taught in schools is a lie. The essential mistake here is that he is expecting particles to be little balls of matter as depicted in the planetary model of the atom, commonly taught in primary and secondary schools.

Figure 1 — The planetary model of the atom as taught in most primary and secondary schools. The electron (blue) is a little ball that orbits the nucleus (red), composed of protons and neutrons. This animation also shows the electron absorbing and emitting light to change its orbit. “Bohr atom animation 2” by Kurzon (Wikipedia)

The planetary model, or the “Rutherford-Bohr model” as is its official name, was proposed in 1913 by Niels Bohr and Ernest Rutherford[1]. It depicts the protons, neutrons, and electrons of the atom as little balls. The protons and neutrons cluster together to form a nucleus and the electrons orbit around the nucleus, like moons orbiting a planet. While even its creators recognized a number of shortcomings (most notably, the atom would collapse on itself), the model was the first to accurately calculate and predict a number of properties of atoms. Because of the ease with which one can understand this depiction of the atom, its historical significance, and its accuracy, it became a staple in education.

In the 1920s and 30s, quantum mechanics developed to the point of updating the planetary model. This came with a startling realization that the particles that so many had thought were little balls could not be represented as discrete balls. Instead they could only be described as little packets of waves, called “wave functions”[2]. The atom then looks more like a cloud than a planetary system (see this video for a good attempt at visualizing it)[2]. This is where the phrase “electron cloud” originates.
From the description of the wave function, already two notions are apparent. First, Nikola Tesla’s suggestion that science should think in terms of frequency and vibrations is in fact mainstream. Waves are oscillations occurring at some frequency. They are vibrations in some medium. Tesla’s thought is precisely the mode of thinking employed by quantum scientists. Second, the planetary model of the atom is not a lie, but a simplified and outdated model. 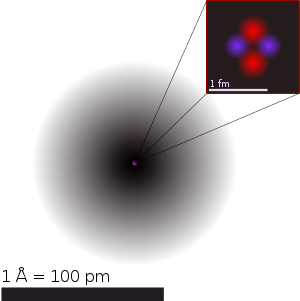 Figure 2 — The helium atom in an unexcited state. The darkness of the electron cloud indicates where the electron is most likely to be. The magnified nucleus shows protons (pink) and neutrons (purple) separated for clarity. In reality, the wave functions of the protons and neutrons overlap and form a spherical cloud like the electron’s. “Helium Atom QM” by Yzmo (Wikipedia)

After the claimant argues against the planetary model, he proposes his own. Noting the visual similarity between the electron wave function and sound waves, he incorrectly claims that electrons and all other fundamental particles that make up everything in the universe are all made of sound. By this thinking, the human voice, as a source of sound, should be able to create matter, and the human eye, as a receiver of light (which he recognizes as sound) should be able to see anything. These, he proposes, are means of performing witchcraft and ESP.
To the claimant’s credit, one of the most active areas of mainstream physics research is related to “grand unified theories”, the notion that each type of fundamental particle (represented as different types of wave functions) and all energy stem from a single original particle type[3,4]. However, sound is not the original particle type, since it is made of atoms[1]. Consequently, the human voice cannot cast spells in this way, nor can the human eye see more than it already does.