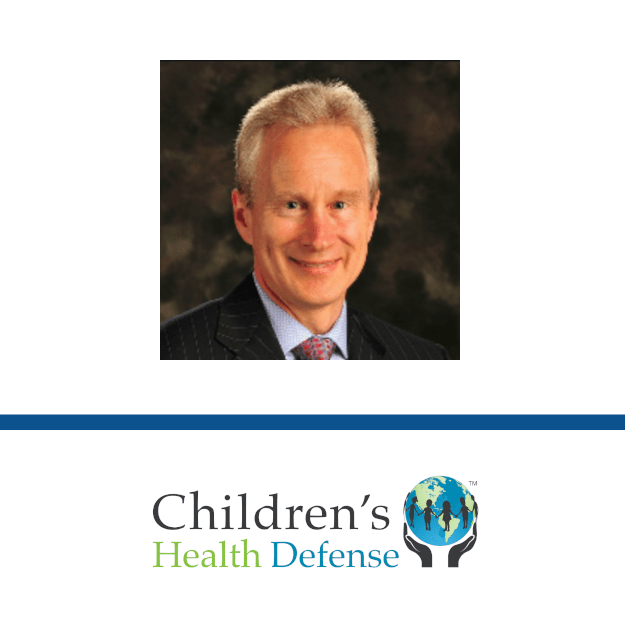 DETAILS
Flawed reasoning: The study compared the peak viral load of vaccine breakthrough cases caused by the Delta variant with that of cases detected between February and March 2020, a period that preceded the Delta variant’s detection in October 2020. Therefore, what the study actually examined was the difference in viral load caused by the Delta variant and earlier strains.
Misrepresents source: The article failed to account for the fact that Delta variant infection is already known to result in a higher viral load compared to infection by the original strain and other variants. Representing the study as a comparison between vaccinated and unvaccinated people is a misleading over-simplification.
KEY TAKE AWAY

Multiple studies indicate that Delta variant infection results in a higher viral load compared to infection by the original strain and other variants. However, COVID-19 vaccination remains highly effective at protecting people from illness and hospitalization caused by the Delta variant, which is now the predominant strain in the world. And while the level of protection from infection by vaccines is lower against the Delta variant, vaccinated people still have a lower risk of infection compared to those who are unvaccinated.

FULL CLAIM: “vaccinated individuals carry 251 times the load of COVID-19 viruses in their nostrils compared to the unvaccinated”; “This phenomenon may be the source of the shocking post-vaccination surges in heavily vaccinated populations globally.”; “The paper’s authors, Chau et al, demonstrated widespread vaccine failure and transmission under tightly controlled circumstances in a hospital lockdown in Ho Chi Minh City, Viet Nam.”

An article published on 24 August 2021 by Children’s Health Defense, an organization that opposes vaccination, claimed that research showed “vaccinated individuals carry 251 times the load of COVID-19 viruses in their nostrils compared to the unvaccinated”. The article was written by cardiologist Peter McCullough, who also appeared in a video in which he made multiple inaccurate and misleading claims about COVID-19 vaccines.

Because scientific evidence shows vaccinated people are less likely to be infected and less likely to fall ill, certain individuals and groups opposing COVID-19 vaccines have formulated various claims that engineer a counter-narrative to discredit the vaccines and offer justification for their stance. These claims take different forms, such as calling into question the vaccines’ safety, while others stigmatize vaccination by blaming vaccinated people for causing all sorts of illnesses in unvaccinated people and blaming the vaccines for variants. None of these claims are supported by evidence, but they do attempt to shift public discourse and opinion in favor of those who oppose COVID-19 vaccination.

The claim in the article is based on a preprint (a study that hasn’t yet been peer-reviewed by other scientists)[1]. The study, which took place in Ho Chi Minh City, Vietnam, aimed to gather data on vaccine breakthrough cases in order to infer the transmission potential of breakthrough cases, as information on this subject is limited. All healthcare workers in the study received the Oxford-AstraZeneca COVID-19 vaccine.

To that end, researchers examined the viral load in 69 vaccinated healthcare workers who became infected with SARS-CoV-2 in June 2021, as well as the level of neutralizing antibodies in the blood and the severity and development of clinical symptoms. Researchers also sequenced the virus’ genome in 23 samples to identify potential variants.

Using the PCR technique, the researchers discovered that the peak viral load in breakthrough cases, which were caused by the Delta variant, was 251 times higher than that of samples collected from COVID-19 cases between March and April 2020. Based on these results, the article claimed this meant the viral load of vaccinated people was 251 times higher than in unvaccinated people.

This is misleading. While samples collected from early 2020 would inevitably be from unvaccinated people, since the vaccines weren’t yet available, they were also inevitably from infections that occurred months before the Delta variant was detected in October 2020 and before Delta became the predominant variant in the world in July 2021.

Responding to Health Feedback’s request for comment, the lead and senior authors of the study at the Oxford University Clinical Research Unit (OUCRU) refuted the claim, calling it “a misrepresentation of the data”. [See the full statement here.]

“The differences in viral load were driven by the ability of the Delta variant to cause higher viral loads; they had nothing to do with the vaccination status of the infected individual.”

This distinction is critical, because studies have shown that Delta variant infection leads to higher viral loads compared to infection by the original strain and by other variants. A preprint authored by researchers in China found that people infected with the Delta variant carried about 1000 times more virus than the original strain that started the outbreak[2]. Another preprint authored by researchers in the U.S. also detected a higher viral load in people infected with the Delta variant compared to the Alpha variant[3]. Similar results were also reported in Singapore[4] and the U.K.[5].

Therefore, in order for the article to make such a claim, it would be necessary to compare instead the viral loads of vaccinated and unvaccinated people, both of whom were infected with the Delta variant. As it stands, the claim made in the article misconstrues the study’s conclusions, as it is a comparison of apples and oranges.

In their statement to Health Feedback, the authors of the OUCRU study emphasized the importance of vaccination:

“There is overwhelming evidence for the effectiveness of vaccines in preventing severe disease and death from COVID-19. Our study provides no evidence to the contrary. We strongly endorse vaccination as a critical tool against COVID-19 and the terrible consequences of the pandemic.”

SARS-CoV-2 Delta variant infection is associated with high viral loads, which has been demonstrated in recent studies from various countries (including China[2], Singapore[4], the U.K.[5], and the U.S. [6,7]). The study from China showed that viral loads in people infected with the Delta variant were 1000 times higher than those infected with the 19A/19B strains detected in China in early 2020. Additionally, the studies from the US, the UK and Singapore demonstrated that vaccinated and unvaccinated individuals infected with SARS-CoV-2 Delta variant carried the same amounts of the virus in their respiratory tracts, with a faster viral clearance rate observed in vaccinated people (according to the study from Singapore).

In our study, we compared viral loads (inferred from PCR Ct values) from cases infected with the original SARS-CoV-2 strains detected in Vietnam between March and April 2020 (herein referred to [as] original strains) with those from fully vaccinated healthcare workers infected with SARS-CoV-2 Delta variant. Similar to data from the aforementioned studies, we showed that Delta variant infections in fully vaccinated healthcare workers were associated with high viral loads, and indeed were 250 times higher than those in people infected with the original strains. The differences in viral load were driven by the ability of the Delta variant to cause higher viral loads; they had nothing to do with the vaccination status of the infected individual. Thus the claim that vaccinated individuals carry 251 times the loads of SARS-CoV-2 in their respiratory tract compared to the unvaccinated people is a misrepresentation of the data.

There is overwhelming evidence for the effectiveness of vaccines in preventing severe disease and death from COVID-19. Our study provides no evidence to the contrary. We strongly endorse vaccination as a critical tool against COVID-19 and the terrible consequences of the pandemic.

This review was updated to include an official statement by the authors of the study refuting McCullough’s claim.