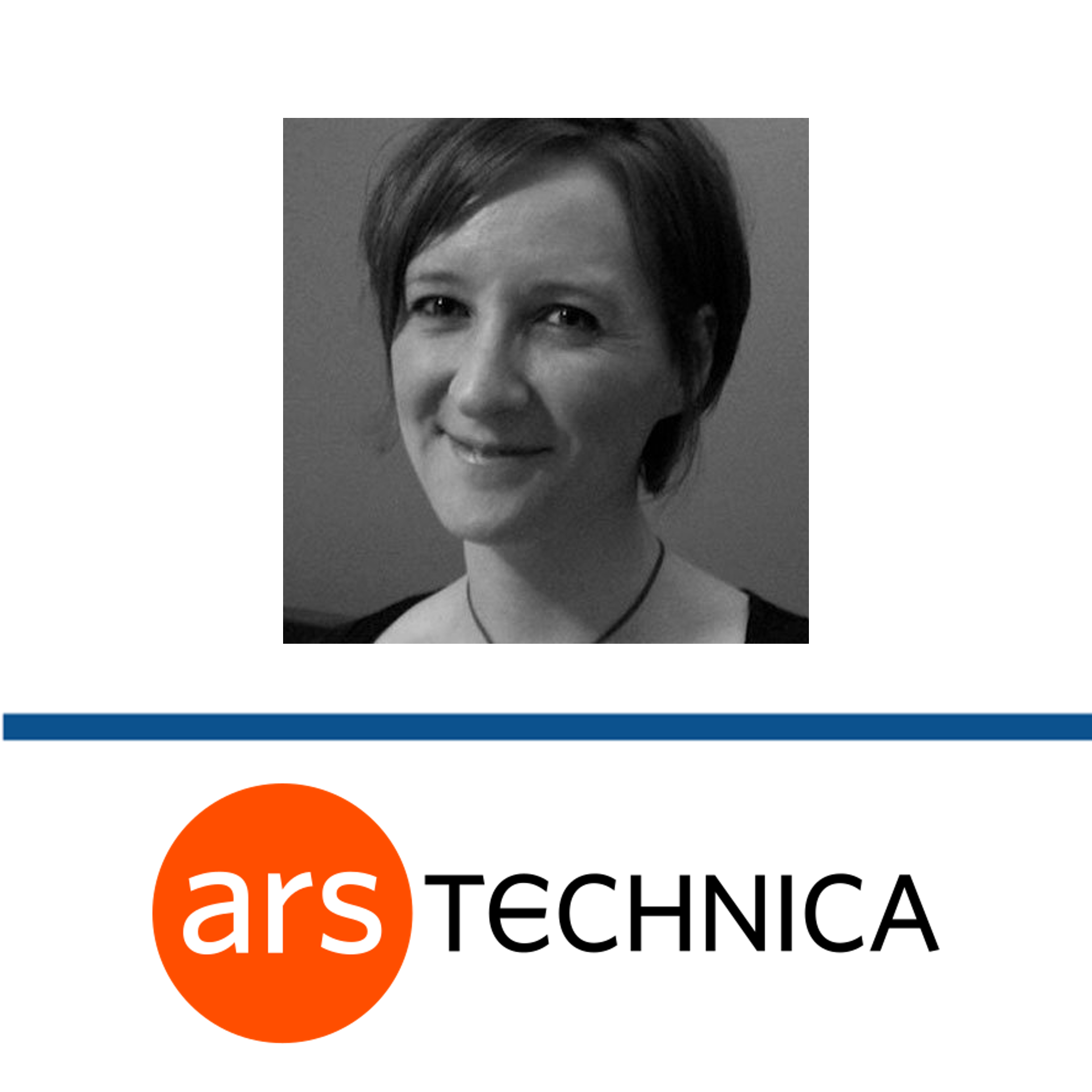 CLAIM
The study by Rössner et al. “add[ed] further evidence for the usefulness of vaccines and their clear advantage over natural immunity”
VERDICT more about the rating framework

DETAILS
Factually accurate: It is true that the study from Rössner et al. reported a lower level of neutralizing antibodies following Omicron infection than after vaccination or infection with other variants.
Overstates scientific confidence: The claim presented the results from the study by Rössner et al. as a significant blow to the proponents of infection-induced immunity. However, technical limitations—such as the small sample size and the fact that the assay was done in test tubes, which may not necessarily reflect what happens in the human body—prevent us from extrapolating the results to people in general.
KEY TAKE AWAY

FULL CLAIM: The study by Rössner et al. “add[ed] further evidence for the usefulness of vaccines and their clear advantage over natural immunity”; the data “bolster[ed] earlier findings that past coronavirus infections don't provide the same consistent and high levels of protection as vaccination” and “demonstrate[d] that omicron infections do not provide broad immunity against coronavirus variants”

The effectiveness and longevity of infection-induced immunity have been a matter of debate and the subject of misinformation throughout the pandemic. At first, some people used it to argue against lockdowns, suggesting that the virus should be allowed to spread freely in the community to reach herd immunity faster, despite the fact that this would lead to many unnecessary deaths with no guarantee of success.

Then, some claimed that infection-induced immunity was better or more durable than vaccine-induced immunity and therefore mass vaccination was unnecessary. Health Feedback reviewed some of these claims and found that they often misled readers by omitting important context.

Such context includes the fact that infection carries more risks than vaccination. As explained in Health Feedback’s previous reviews (cited above), While getting infected may produce immunity against reinfection, a person is also exposed to the risks associated with severe disease and long COVID. Furthermore, the amount of immunity produced by infection is unpredictable, unlike vaccine-induced immunity. One reason for this is that the amount of antibodies produced by the body depends on the severity of the infection. Therefore, infection is also less reliable than vaccination in terms of generating protective immunity.

Indeed, the U.S. Centers for Disease Control and Prevention (CDC) reviewed available data and concluded that vaccine-induced immunity is more consistent that infection-induced immunity. Importantly, the CDC also highlighted that we still don’t know how much neutralizing antibodies is necessary to provide protection. As a result, the CDC continues to recommend vaccination for all, including people who were previously infected.

An article in Ars Technica from March 2022 claimed that new data provided further evidence showing that vaccination is superior to infection-induced immunity. The Ars Technica article reported on a new study by Rössner et al. published in the New England Journal of Medicine on 23 March 2022[1]. The study examined immunity to SARS-CoV-2 following an infection with the Omicron variant.

According to Ars Technica, this scientific study “demonstrate[d] that omicron infections do not provide broad immunity against coronavirus variants” and that it “bolster[ed] earlier findings that past coronavirus infections don’t provide the same consistent and high levels of protection as vaccination”, adding that the study “add[ed] further evidence for the usefulness of vaccines and their clear advantage over natural immunity”. We’ll review and assess the study’s results below.

The claim in the Ars Technica article that Omicron infection wasn’t efficient at inducing protection against other variants is accurate. Indeed, the study showed that patients who only got infected by Omicron, without having had COVID-19 or COVID-19 vaccination before, generated neutralizing antibodies against Omicron, but not against other variants. This is consistent with the observation that Omicron carries more mutations in the spike protein gene than the other SARS-CoV-2 variants to date. It is thus expected that antibodies produced in response to Omicron infection won’t be as effective at recognizing the other variants.

The study found that vaccinated people had higher levels of neutralizing antibodies in general, but small sample size and other limitations prevent extrapolating results to general population

According to Ars Technica, the study also showed that vaccination is better than infection in providing immunity. This is based on the observation that vaccinated patients had higher levels of neutralizing antibodies against all variants but Omicron as compared to unvaccinated patients who were previously infected. In other words, the data suggested that vaccine-induced immunity offered better antibody-mediated protection than infection-induced immunity.

However, the study, while being informative, contained some limitations that prevent us from drawing definitive conclusions. First, the sample sizes are small, a fact that the study authors acknowledged and that Ars Technica reported. Altogether, the study involved 59 patients, ranging in number from 11 to 18 per group. In addition, people within the same group also showed widely varying levels of antibodies, making it difficult to establish the average level of antibodies even within the same group. A larger sample size would have allowed researchers to estimate more accurately the average level of neutralizing antibodies. As it stands, the study’s findings are greatly influenced by variation between individuals in the same group due to the small sample size.

Furthermore, the study by Rössner et al. didn’t perform statistical tests to determine whether the level of neutralizing antibodies was indeed higher following vaccination than infection. A statistically significant difference between two groups, which can be detected with certain statistical tests, means that the difference is unlikely to be due to random chance alone The lack of such a test in the study is possibly due to the study’s small sample size, which makes statistical comparisons unreliable. This means that we don’t know if the study’s findings reflect a true difference between the groups or if the results were simply a fluke.

Second, the level of neutralizing antibodies was measured using in vitro tests with specific cell lines, as described earlier in this review. In vitro experiments are very useful as they allow for a well-controlled and reproducible experimental environment. However, they don’t represent the complexity of a whole organism. It remains to be seen how these data translate to real-world protection from reinfection.

Last, the study compared two groups of people that aren’t actually comparable: one that was vaccinated but not previously infected, and another that was unvaccinated but previously infected. Indeed, many studies reported that the level of neutralizing antibodies tends to decrease over time, regardless of whether the antibodies are the result of infection or vaccination[3,5-7]. This means that people who generated their neutralizing antibodies by infection or vaccination a long time ago may have antibody levels lower than people who generated them more recently. This isn’t because the former group produced less antibodies than the latter, but because they had produced them earlier, and the level of antibodies had more time to decay.

Therefore, it is important to compare people who generated their neutralizing antibodies at the same time. In other words, we need to compare patients who got vaccinated or infected roughly at the same period.

However, the study by Rössner et al. indicated that infections in the group of unvaccinated but previously infected people took place on average five months earlier than vaccinations in the group of vaccinated but not previously infected people. These figures suggest that the immunity from previous infection was five months older than the immunity from vaccination. Therefore, we cannot rule out the possibility that the difference in neutralizing antibodies seen by Rössner et al. is simply because the infection-induced immunity measured in the study is older than vaccine-induced immunity.

A scientific study from 23 March 2022 published in the New England Journal of Medicine showed that Omicron infections didn’t generate protective neutralizing antibodies against other variants, casting doubt on the effectiveness of infection-induced immunity following Omicron infections. The data also suggested that vaccinated people maintained a higher level of neutralizing antibodies than previously infected people. The Ars Technica article accurately reported the main finding of the study, but the article didn’t inform readers about certain important technical limitations of the study, which prevent us from extrapolating the results to the general population.