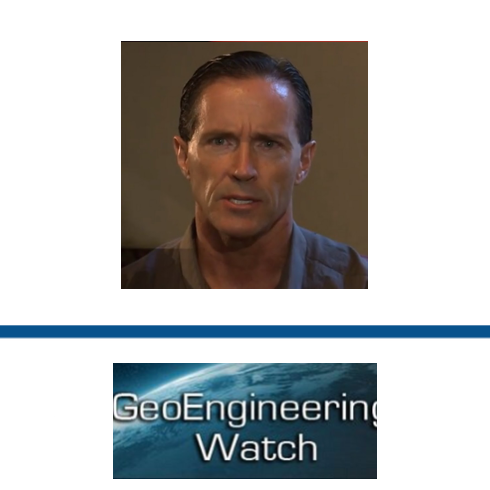 CLAIM
"The intentional dimming of direct sunlight by aircraft dispersed particles, a form of global warming mitigation known as “Solar Radiation Management”, has and is causing catastrophic damage to the planet’s life support systems."
VERDICT more about the rating framework

DETAILS
Incorrect: Aircrafts produce contrails when water vapor from jet exhaust condenses at high altitudes. Scientists agree that there is no evidence of chemtrails or solar geoengineering.

Solar geoengineering describes hypothetical strategies to combat global warming by reflecting sunlight away from the Earth. There is no scientific evidence that solar geoengineering is happening or having catastrophic effects on the planet or human health. There is also no scientific evidence of aircraft chemtrails. Instead, aircrafts produce contrails when water vapor from jet exhaust mixes with the atmosphere and condenses at high altitudes.

FULL CLAIM: "Global climate engineering operations are a reality. Atmospheric particle testing conducted by GeoengineeringWatch.org has now proven that the lingering, spreading jet aircraft trails, so commonly visible in our skies, are not just condensation as we have officially been told. ... The intentional dimming of direct sunlight by aircraft dispersed particles, a form of global warming mitigation known as “Solar Radiation Management”, has and is causing catastrophic damage to the planet’s life support systems. The highly toxic fallout from the ongoing geoengineering operations is also inflicting unquantifiable damage to human health."

The claims that climate engineering is happening and causing catastrophic damage to the planet’s life support systems was published in a YouTube video by Dane Wigington of Geoengineering Watch. The video received more than 155,000 views, as of 24 March 2021. These claims were also repeated in an article published by Health Impact News.

The video incorrectly claims that climate engineering is happening and that jet aircraft trails are not condensation, but dispersed particles that dim direct sunlight to mitigate the effects of global warming. Claims such as these are often referred to as “chemtrails”. Contrary to these claims, atmospheric chemists and geochemists agree that there is no scientific evidence of “chemtrails”, “covert geoengineering”, or a secret large-scale atmospheric program to mitigate climate change[1].

Aircraft engines produce condensation trails, or contrails, as hot, humid exhaust mixes with the atmosphere at altitudes of 8 – 13 km. Specifically, water vapor from the jet exhaust condenses and may freeze at high altitudes, where there is a lower vapor pressure and temperature than the exhaust. As described in a Scientific American article, “this mixing process forms a cloud very similar to the one your hot breath makes on a cold day”.

A 2018 study provides additional details about the process of contrail formation, “Depending on surrounding atmospheric conditions, contrails can be short- or long-lived. Long-lived contrails are those that remain for at least 10 min—defined by the World Meteorological Organization as Cirrus homogenitus—and are the only man-made type of ice clouds”.[2] As Doug MacMartin notes below, contrails are essentially artificial cirrus clouds, which are wispy, hair-like clouds found at high altitudes.

The video also claims that Solar Radiation Management (SRM) “has and is causing catastrophic damage to the planet’s life support systems”. SRM, or solar geoengineering, describes hypothetical strategies to combat global warming by reflecting sunlight away from the Earth. “Possible methods include reducing heat-trapping clouds, sending a giant sunshade up into orbit or releasing aerosols into the stratosphere,” according to a Carbon Brief article.

While some studies suggest that SRM could negatively impact biodiversity, which subsequently affects human health, others find that some of the risks of solar geoengineering can be minimized[3,4]. Currently, conversations about SRM strategies, or albedo modification, are purely theoretical. “We are confident that there is no currently active program to actually test or implement albedo modification outdoors,” wrote David Keath. Therefore, the video’s claims that SRM is happening and causing catastrophic damage are also incorrect.

All of these claims are pure fantasy. The alternative hypothesis to their supposed conspiracy (which would require cooperation from hundreds of thousands of people in every single country on the planet) is the rather mundane belief that clouds are made of water, and since jet fuel is hydrocarbon, burning it produces water vapour as well as cloud condensation nuclei, and thus produces contrails; basically an artificial cirrus.

The SRM for global warming mitigation would involve putting things like sulfate (which wouldn’t leave trails) much higher into the atmosphere than any current aircraft can fly. If that was being done, it would be trivially detectable from satellite observations. We also know with 100% certainty that (a) the aircraft contrails they see aren’t geoengineering, and (b) no-one is doing geoengineering.