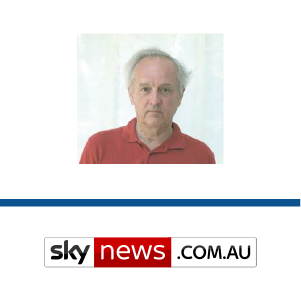 CLAIM
the Intergovernmental Panel on Climate Change is misleading humanity about climate change and sea levels, and that in fact a new solar-driven cooling period is not far off
VERDICT more about the rating framework

DETAILS
Inadequate Support: These claims contradict all the available data and published research on these topics. There is no support in the scientific literature for the claim that solar activity could significantly cool the climate in the decades to come.
KEY TAKE AWAY

Scientists have established that observed climate change and sea level rise are clearly caused by human activities, primarily the emission of carbon dioxide through the burning of fossil fuels. Solar activity cannot explain recent warming, and even the occurrence of low solar activity in the near future would have an insignificant effect on human-caused warming.

FULL CLAIM: [Nils Axel-Mörner] is saying that the Intergovernmental Panel on Climate Change is misleading humanity about climate change and sea levels, and that in fact a new solar-driven cooling period is not far off [...] You're saying it's solar activity which is the dominant factor and not carbon dioxide? 'Yes, for sure.'

This video has been widely shared on YouTube (where it currently has nearly 250,000 views) as well as Facebook (with 15,000 shares in June and July). Both Sky News Australia host Alan Jones and his guest Nils Axel-Mörner make a variety of claims about climate change and climate science, with this quote representing the claims that observed climate change has been caused by changes in solar activity rather than human activities, and that a decline in solar activity is coming that will cause global cooling in the near future. Both claims contradict the peer-reviewed research on these topics, and the available evidence.

Scientists who study the causes of 20th Century climate change incorporate solar activity data. The 2013 IPCC report’s summary of this research, for example, gathered estimates of these “climate forcings”, represented in the figure below. Solar activity can explain very little of the long-term warming trend (and none of the warming trend since the 1950s, when solar activity began to decline slightly), while human activities are the dominant warming factor.

As explained in the scientists’ comments below, there is no evidence that a future period of low solar activity could overcome human-caused warming and lead to a decline in global average temperature.

Georg Feulner, Senior Scientist, Potsdam Institute for Climate Impact Research (PIK):
[This comment is taken from an earlier review of a similar statement.]
While regional and seasonal effects might be larger, the expected global temperature response to a future grand solar minimum similar to the Maunder Minimum is a cooling of about 0.1°C. It should be pointed out that this cooling would occur on the background of current anthropogenic warming which is about a factor of 10 larger. To claim that “temperatures will fall dramatically” is thus not really justified1,2,3. It is also clear from these numbers that a future grand solar minimum (which would last only for a few decades anyway) would not save us from global warming, as we have shown in a scientific paper4 and explained here. The marginal temperature differences between warming scenarios with and without a future Maunder Minimum is illustrated here:

Patrick Brown, Postdoctoral Research Scientist, Carnegie Institution for Science:
[This comment is taken from an earlier review of a similar statement.]
In addition to increases in CO2, there was a slight increase in total solar irradiance over the early 20th century and a transition from a period of relatively active volcanic activity to a period of little volcanic activity (both of which would have contributed warming over the early 20th century). The remainder of the warming is within the envelope expected from natural unforced internal variability and there is reason to believe that changes in the Atlantic Multidecadal Oscillation and Pacific Decadal Oscillation combined to warm global temperatures over the period. In a recent review, Hegerl et al. (2018)1 suggest that about half of early 20th-century warming was caused by external forcings like increasing greenhouse gasses, solar activity and volcanic activity while the other half may have been due to internal unforced variability from changes in the Atlantic Multidecadal Oscillation and Pacific Decadal Oscillation: