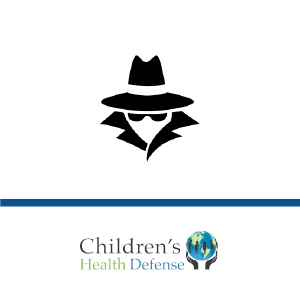 CLAIM
“25% of residents in German nursing home died after Pfizer vaccine”; a team including a soldier in uniform used force to vaccinate residents
VERDICT more about the rating framework

DETAILS
Misleading: Six residents at a German nursing home died from COVID-19 during an outbreak, not from the COVID-19 vaccine.
Factually inaccurate: Six, not eight, residents died at the nursing home. This number represents 4.5 percent of the total residents, not 25 percent, as claimed in the Children’s Health Defense article.
Unsupported: There is no evidence to support the claim that residents at the home were forced to receive COVID-19 vaccines. Only residents who provided signed declarations of consent from their relatives or caregivers received COVID-19vaccines.
KEY TAKE AWAY

Any event that occurred after someone received a COVID-19 vaccine isn’t necessarily a consequence of vaccination but may simply happen by coincidence. The risk of severe illness from COVID-19 increases with age, hence the disease poses a specific risk for the elderly population. In contrast, the available evidence doesn’t suggest that frail, elderly individuals are more susceptible to vaccine side effects than others. Ongoing safety monitoring of COVID-19 vaccination shows that COVID-19 vaccines authorized for emergency use by the U.S. Food and Drug Administration are safe and effective for elderly populations.

FULL CLAIM: “25% of the residents died immediately, and 36% were severely injured within a short time”; “a team of three or four people, including a soldier in uniform, vaccinate residents, in many cases using force”; “there have been many reports of elderly people dying after the vaccines”

On 1 March 2021, Children’s Health Defense published an article claiming that 25 percent of the residents in a nursing home in Berlin, Germany died after receiving the Pfizer-BioNTech COVID-19 vaccine. In a few days, the article received more than 5,000 interactions on Facebook and Twitter, according to the social media analytics tool CrowdTangle. Since vaccination campaigns began across the world, many baseless claims of vaccine-related deaths have circulated on the internet.

In this case, the Children’s Health Defense article based its claim on a video featuring a person who purportedly worked as a caregiver at the nursing home. The video was produced by the “Corona Investigative Committee”, an organization headed by the lawyers Reiner Fuellmich and Viviane Fischer, who also appeared in the video. Fisher is responsible for the website 2020News, which first published the video on 12 February 2021. Both the 2020News website and Fuellmich published misinformation about the COVID-19 pandemic in the past.

During the video, the alleged caregiver attributed the death of eight residents in the nursing home to the COVID-19 vaccine and claimed that the residents were forced to receive the vaccine. The German fact-checking organization Correctiv fact-checked the video and found it to be misleading and based on false and unsupported claims. A spokesperson from Agaplesion Bethanien Diakonie, the association that manages the nursing home, also refuted the allegations (all questions and full responses are available in German on the Correctiv website).

The deaths of six residents in the German nursing home were due to COVID-19, not the vaccine

The Children’s Health Defense article claimed, “25 percent of the residents died immediately, and 36 percent were severely injured within a short time”. This is inaccurate and misleading. Six, not eight, residents at the nursing home died from COVID-19 during an outbreak, not from the COVID-19 vaccine, as we explain below.

According to a spokesperson from Agaplesion Bethanien Diakonie, 32 of the 35 residents from the dementia living-area received the first dose of the Pfizer-BioNTech COVID-19 vaccine on 3 January 2021. However, it can take several weeks to develop immunity in response to the vaccine. Therefore, vaccinated people can still develop COVID-19.

Between 4 and 9 January 2021, 13 of them tested positive for COVID-19 and started developing COVID-19 symptoms. Seven of the infected residents recovered, but six died in January from the disease. Except for two residents who were experiencing health issues, the rest of the residents received the second dose of the vaccine on 24 January 2021 without further incident. The only events reported were common side effects of the COVID-19 vaccines, such as headache, tiredness, and pain at the injection site.

Furthermore, the health department concluded that these deaths were due to COVID-19 and unrelated to the vaccine (translated into English from the original German):

“Gudrun Widders, medical officer at the Berlin-Spandau health department, confirmed to us by telephone that the COVID-19 cases from the nursing home had been reported to the health department. All six deceased residents were women and very old – the youngest was born in 1942, the oldest in 1922. All of them tested positive with PCR tests a few days after the first dose of the vaccine and then died at different points in time.

Widders said that there was apparently an outbreak in the nursing home even before vaccination. The first COVID-19 case was reported on 23 December 2020, the last on 17 January 2021. ‘Vaccinations took place within the incubation period’, said Widders. In such a case, the vaccination could not prevent the disease. The deaths were not due to the vaccination, but to COVID-19.”

As Widders explained, COVID-19 vaccines don’t confer immediate protection against the disease. Like most of the COVID-19 vaccines developed so far, the Pfizer-BioNTech vaccine consists of two doses administered at least three weeks apart. Data from clinical trials showed that building immunity after vaccination requires about ten days after the first dose. However, the COVID-19 vaccine reaches its maximum efficacy of about 95 percent after the second dose. This means that the vaccine cannot prevent disease when a person becomes infected shortly before or after vaccination because the body doesn’t have time to develop immunity to the disease.

The article published by Children’s Health Defense claimed that “the video contains de-identified footage from the nursing home, where a team of three or four people, including a soldier in uniform, vaccinate residents, in many cases using force”. This footage is a 30-second clip showing a resident and two other people wearing purple uniforms and disposable surgical gowns, but doesn’t contain any identifiable information confirming that it was indeed recorded at the nursing home on 3 January 2021. The spokesperson from Agaplesion Bethanien Diakonie denied that any of the residents were coerced into receiving COVID-19 vaccines (translated into English from the original German):

“It is false that the vaccinations were made under coercion. The decisions relating to vaccination are and were voluntary decisions made by the resident’s relatives or caregivers.”

“Before the Christmas holidays, all residents, and their relatives or caregivers were informed about the planned vaccinations through a letter and information sheet, a medical history, and a declaration of consent. They could decide whether or not to consent to the vaccination as if these documents were not filled out and signed, the vaccination could not take place.”

The Correctiv fact-check also explained that it is common for soldiers to be present at COVID-19 vaccination points. Since the beginning of the COVID-19 pandemic, the armed forces have provided logistical support to Germany’s health ministry, such as offering storage space for protective material and medical supplies. German soldiers also participate in the Mobile Vaccination Team, supporting civil authorities and organizations with the vaccine roll-out in high-risk populations, including nursing homes. Agaplesion Bethanien Diakonie explained the role of soldiers in vaccinations to Correctiv (translated into English from the original German):

“A soldier from the armed forces wearing a disposable coat was present at the 3 January 2021 vaccination. This was exclusively for the support of the vaccinator on-site and for taking care of the documentation. The soldier had at no time direct contact with residents. For the 24 January 2021 vaccination, no soldier was present at the residential area for people with dementia.”

The Children’s Health Defense article claimed that the German nursing home wasn’t an isolated case because “there have been many reports of elderly people dying after the vaccines”. The article cited several deaths of nursing home residents that occurred following vaccination in Norway, Germany, Spain, and Switzerland. This statement implies that COVID-19 vaccines were the cause of these deaths, which is misleading, as Health Feedback explained in this review. The claims about the cases in Norway, Germany, Spain, and Switzerland specifically were also debunked by Reuters and other fact-checking organizations (see examples here, here, here, and here).

To establish whether a vaccine might have caused an adverse event, one needs to compare the incidence rate of the adverse event between vaccinated and unvaccinated groups. A review of the available data by the Global Advisory Committee on Vaccine Safety concluded that the rate of mortality observed in elderly populations who received the Pfizer-BioNTech vaccine wasn’t higher when compared to an unvaccinated population of the same age group:

“The current reports do not suggest any unexpected or untoward increase in fatalities in frail, elderly individuals or any unusual characteristics of adverse events following administration of BNT162b2. Reports are in line with the expected, all-cause mortality rates and causes of death in the sub-population of frail, elderly individuals, and the available information does not confirm a contributory role for the vaccine in the reported fatal events.”

On the contrary, many countries, including the U.K. and Spain, reported reductions of COVID-19 outbreaks in nursing homes after vaccination and decreases in COVID-19 mortality among vaccinated vulnerable populations, such as the elderly.

The article published by Children’s Health Defense is inaccurate and misleading. The deaths of six, not eight, residents in a German nursing home were caused by COVID-19 and unrelated to the COVID-19 vaccine. These infections may be related to a COVID-19 outbreak that started in the facility at least one week before the first COVID-19 vaccine doses were administered. German soldiers are part of the Mobile Vaccination Team, which provides support for COVID-19 vaccinations in nursing homes and other high-risk groups. However, their presence doesn’t imply that the residents were forced to receive the vaccine.