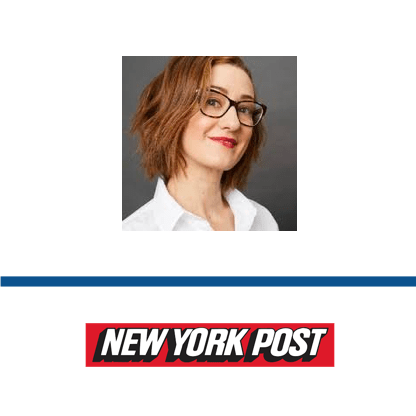 DETAILS
Overstates scientific confidence: The article reports the results of a single study which detected SARS-CoV-2, the virus that causes COVID-19, in human semen without acknowledging limitations such as small sample size and short duration of follow-up with the patients. The author also failed to mention that similar studies did not detect the virus in semen.
Misleading: The mere presence of viral genetic material in human semen does not suggest that the virus retains its infectivity. To be infectious, the virus must be present at a sufficient concentration and must be capable of replicating. Furthermore, the article incorrectly states that the study found reduced testicular function in the COVID-19 patients whose sperm contained viral genetic material.
KEY TAKE AWAY

COVID-19 transmission occurs primarily through contact with respiratory droplets produced by infected individuals, but the detection of the SARS-CoV-2 virus in body fluids such as semen has raised questions about alternative modes of transmission. Potential sexual transmission of the disease would necessitate amending current prevention protocols, so several studies have investigated whether the virus is present in the reproductive system. However, small sample sizes and poor study designs have produced contradictory results that do not provide sufficient evidence for determining whether infectious virus is present in the genitourinary tract and also what effects it might have on reproduction.

FULL CLAIM: “Coronavirus may be sexually transmitted and cause male infertility”

This claim is the headline of an article written on 18 July by Paula Froelich for the New York Post. The article reports the findings of a study conducted at China’s Shangqiu Municipal Hospital and published online in the journal JAMA Network Open on 7 May 2020[1]. Similar claims were shared widely in May when the study was first published, and are now recirculating on Facebook and Instagram. The New York Post article has received more than 46,000 interactions on Facebook and Twitter to date.

Even though SARS-CoV-2 primarily infects tissues along the respiratory tract, some studies have also detected the virus in body fluids, including semen, saliva, stool, blood, and eye secretions, as explained in this review by Health Feedback. The presence of the virus in semen raises the question of whether semen can transmit the disease and also whether infection could impact testicular function and fertility.

The study reported by the New York Post evaluated the presence of SARS-CoV-2, the virus that causes COVID-19, in seminal fluid from 38 male patients with infections confirmed by real-time reverse transcription polymerase chain reaction (RT-PCR). The virus was detectable in six of the patients (15.8%), of which four were in the acute stage of infection and two were in the recovery stage1. The authors concluded that the persistence of the virus in semen during the recovery stage suggests the possibility of sexual transmission of COVID-19. They also noted important limitations of their study, including the small patient sample size and the short duration of follow-up with the patients, but these were not mentioned in the New York Post article.

Froelich also failed to point out that other studies produced contradictory results about the presence of SARS-CoV-2 in semen. One study published in the journal Fertility and Sterility did not detect the virus in semen from 34 COVID-19-positive Chinese men during the month following their diagnoses2. Study co-author John Hotaling, a urologist from the University of Utah who specializes in male infertility, explained in a tweet that his study and the JAMA study used “very different cohorts of patients” and that the patients from the JAMA study “were much sicker, some even died”.

According to Hotaling, more severe symptoms might correlate with more viral particles in the patients, plausibly leading to a higher presence of the virus in the testes. Melissa Perry, a public health specialist who studies population-level sperm abnormalities at the Milken Institute in Washington, D.C., stated in an opinion article that “community‐based testing and semen analysis in symptomatic and asymptomatic men are necessary to determine the virus’ presence in semen for those of varying degrees of illness”.

The New York Post article goes on to suggest, incorrectly, that the presence of viral genetic material in a body fluid indicates that it is infectious. Due to the low immune response in the testes, viruses may persist in semen for a long time, even when not capable of replicating in the genitourinary tract. The evaluation of seminal SARS-CoV-2 infectivity would require detailed studies assessing not only the capacity of the virus to replicate in the genitourinary tract but also the concentration of the virus in semen and how long it persists after the patient’s recovery.

The entry of SARS-CoV-2 into the testes is theoretically possible because testes express low levels of the angiotensin converting enzyme‐2 (ACE2), which is a receptor used by the virus to enter human cells2. However, one preprint, which is a study that has not yet been peer-reviewed by other scientists, showed that SARS-CoV-2 was not detected in a testicular biopsy from a patient diagnosed with COVID-193. On the other hand, the Fertility and Sterility study mentioned above found that 19% of males with COVID-19 infection presented symptoms of viral inflammation in the testes, called orchitis, which can reduce fertility and has also been linked with SARS-CoV-14. A recent preprint also reported increased serum levels of luteinizing hormone in men with COVID-19, which is indicative of reduced testicular function5. The New York Post article misattributed these results to the JAMA study.

Many viruses, including mumps, HIV, the human herpesvirus family, Ebola, and Zika, can be found in the semen of infected individuals6,7. The replication of these viruses in the testes’ seminiferous tubules can cause inflammation and can also produce potentially infectious semen8. But reduced sterility can also be a side effect of certain primary symptoms of infection such as high fever, an excessive immune response, and coagulation disorders, all of which have been reported in COVID-19 patients9. In the latter case, the semen would not necessarily be infectious, but the disease could still reduce male fertility, at least temporarily.

In summary, the claims that COVID-19 may be sexually transmitted and can cause infertility are premature. While some studies suggest that SARS-CoV-2 may be present in semen and in the testes, the article by the New York Post failed to mention that other studies do not agree. The current evidence is insufficient to conclude that COVID-19 can be transmitted through semen or have long-term negative effects on male fertility. Nevertheless, health experts, including the Mayo Clinic, have issued reminders that all close contact with an infected person entails a risk of COVID-19 infection. Thus, they recommend continuing to practice safe sex and avoiding physical contact with individuals whose infection status is unknown.

This opinion article by Melissa Perry published in Andrology comprehensively examines the current evidence on the presence of the SARS‐CoV‐2 virus in semen, the virus’ sexual transmissibility, and the impact of infection on sperm quality.