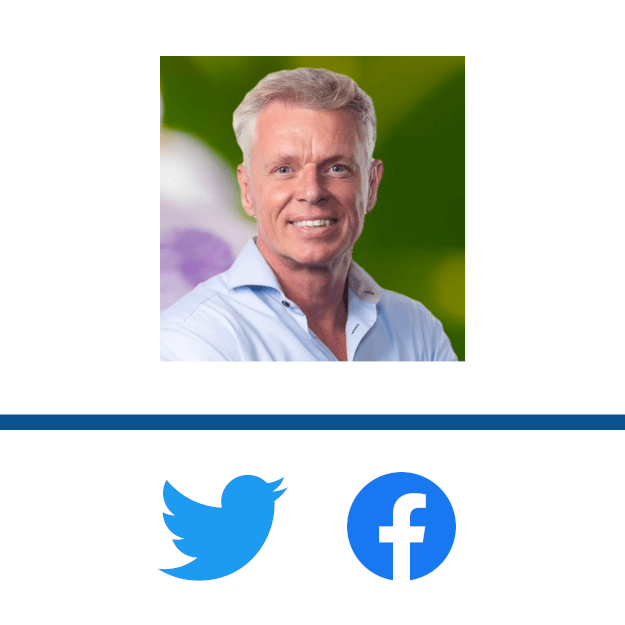 CLAIM
“In COVID hearing, #Pfizer director admits: #vaccine was never tested on preventing transmission. ‘Get vaccinated for others’ was always a lie.”
VERDICT more about the rating framework

DETAILS
Flawed reasoning: Most vaccines don’t prevent transmission. However, this hasn’t prevented them from significantly improving the health of the community. Therefore, the initial lack of evidence on virus transmission doesn’t make the recommendation to get vaccinated for others “a lie”, as claimed.
Misleading: Pfizer didn’t claim to have tested its COVID-19 vaccine’s ability to prevent transmission, and this information was clearly available in press releases published by the European Medicines Agency and the U.S. Food and Drug Administration, as well as the published study containing results from Pfizer’s clinical trials.
KEY TAKE AWAY

COVID-19 vaccines remain highly effective at reducing the risk of severe disease and death. Studies showed that the vaccines are also effective at reducing virus transmission, although this ability has waned in the face of virus variants that emerged later. Most vaccines predating the COVID-19 vaccines—like the pertussis and rotavirus vaccines—don’t prevent transmission but nevertheless produce significant public health benefits, by reducing infection and severe disease in the community. Scientific evidence supports getting vaccinated to protect oneself as well as others.

FULL CLAIM: “In COVID hearing, #Pfizer director admits: #vaccine was never tested on preventing transmission. ‘Get vaccinated for others’ was always a lie.”

Many social media posts and articles began circulating in October 2022, claiming that Pfizer admitted to not testing whether its COVID-19 vaccine prevented transmission before the vaccine hit the market.

The claim originated from Rob Roos, a Dutch member of the European Parliament. Roos posted a video on Twitter, showing his exchange with Janine Small, president of international developed markets at Pfizer, during a 10 October 2022 hearing before the Special Committee on COVID-19 Pandemic.

At the hearing, Roos asked Small: “Was the Pfizer COVID vaccine tested on stopping the transmission of the virus before it entered the market?”

Small replied: “Regarding the question around, did we know about stopping immunization before it entered the market … no”. Given the context of this exchange, Small likely meant to say “transmission”, rather than “immunization”.

Roos’ tweet was retweeted more than 170,000 times. The spread of Roos’ claim was also aided by multiple websites, including The Gateway Pundit, The Epoch Times, and The Blaze, whose articles received altogether more than 38,000 engagements and more than 9,000 shares by Facebook users. Roos later appeared on Fox News in an interview with Tucker Carlson, again repeating the claim.

It’s not the first time that Roos made a misleading claim about the effectiveness of the COVID-19 vaccines. In August 2022, he tweeted a video in which he claimed that governments were spreading misinformation, citing as an example “teenagers [who were] told to take the vaccine to protect their grandparents, but the vaccine did not protect against spreading the virus at all”.

Despite Roos’ framing of Small’s answer as “breaking” news and an admission, there’s nothing new about this information nor does it contradict Pfizer’s previous claims about its vaccine.

In fact, the lack of information about whether the Pfizer-BioNTech COVID-19 vaccine prevented transmission was stated in the study containing results from the clinical trials, published in December 2020 in the New England Journal of Medicine[1].

In the Research Summary, the authors stated as one remaining question:

“Whether the vaccine protects against asymptomatic infection and transmission to vaccinated persons.”

This is unsurprising, since the clinical trial was designed to study the effectiveness of the vaccine against symptomatic COVID-19, not transmission. “[T]he prevention of transmission (and asymptomatic COVID) were not primary endpoints of these trials and were never a claim of the pharmaceutical companies in developing these vaccines,” Monica Gandhi, a professor of medicine at the University of California San Francisco, told PolitiFact.

The press releases by the European Medicines Agency and the U.S. Food and Drug Administration, at the time that the vaccine received conditional marketing authorization (EU) or emergency use authorization (U.S.), stated that the trials found the vaccine to be effective at preventing COVID-19 and severe disease.

“The vaccine was 95% effective in preventing COVID-19 disease among these clinical trial participants with eight COVID-19 cases in the vaccine group and 162 in the placebo group […] At this time, data are not available to make a determination about how long the vaccine will provide protection, nor is there evidence that the vaccine prevents transmission of SARS-CoV-2 from person to person.” [emphasis added]

But even though there was a lack of data on transmission at first, it still doesn’t mean that the public health recommendation to get vaccinated to protect others “is a lie”, making Roos’ claim false. As we will explain below, most vaccines don’t actually prevent transmission altogether, but they have nevertheless brought about significant public health benefits. Moreover, later studies did show that the COVID-19 vaccines could reduce virus transmission.

Vaccines don’t need to prevent transmission to protect other people

In an article for The Conversation, Sarah Caddy, a clinical research fellow at Cambridge University, explained that “In reality, it is actually extremely difficult to produce vaccines that stop virus infection altogether. Most vaccines that are in routine use today do not achieve this”.

She cited the example of the rotavirus vaccine:

“[V]accines targeting rotavirus, a common cause of diarrhoea in infants, are only capable of preventing severe disease. But this has still proven invaluable in controlling the virus. In the US, there has been almost 90% fewer cases of rotavirus-associated hospital visits since the vaccine was introduced in 2006.”

Another example is the pertussis vaccine, which provides protection against whooping cough, a potentially serious illness in infants. While it doesn’t completely clear out the bacterium (Bordetella pertussis) responsible for the disease[2], the introduction of the vaccine in the 1940s led to a decrease in cases from more than 100,000 cases per year to fewer than 10,000 by 1965.

Natasha Crowcroft, a vaccine expert and senior technical advisor on measles and rubella for the World Health Organization, told Scientific American that the most common flu vaccine also doesn’t prevent transmission for several reasons, such as the low immunization rate in adults and the virus’ ability to mutate rapidly. Nevertheless, depending on the year, flu vaccines still reduce hospitalizations among older adults by an estimated 40 percent and intensive care admissions of all adults by as much as 82 percent.

A study in JAMA Internal Medicine reported that monthly hospitalization rates for unvaccinated people were between two to 17 times higher than that of vaccinated people, depending on the dominant variant (Delta or Omicron)[4].

This can have repercussions on other non-COVID patients who also require hospital care. People can and have died due to a lack of hospital resources during a surge in COVID-19 cases. The more people who get vaccinated, the less likely such a situation would threaten a community.

Transmission wasn’t studied during the initial clinical trials, but was tested in later studies

As we explained above, Pfizer’s clinical trials were intended to test the vaccine’s safety and efficacy, but not the vaccine’s ability to reduce transmission, for good reason.

Writing for Science Based Medicine, David Gorski, a professor of surgery and oncology at Wayne State University, explained that “study designs to identify interruption of pathogen transmission are different than for determining efficacy and safety, which is why they are best carried out during postlicensing surveillance, not during the randomized controlled phase 3 trial for licensure”.

However, messaging by public officials did contribute to confusion regarding the COVID-19 vaccines’ ability to reduce transmission. For example, U.S. president Joe Biden previously claimed that vaccinated people don’t transmit the virus. But this is an overstatement; the vaccines reduce a person’s likelihood of becoming infected and thereby becoming a vector for transmission, but they don’t block 100% of infections.  Therefore it is still possible for vaccinated people to transmit the virus, if they get infected.

While the clinical trials didn’t evaluate the ability of the vaccine to reduce transmission, later studies did.

A study published in the New England Journal of Medicine in February 2022, including more than 140,000 people in England, examined the association between vaccination status and transmission from infected people[6]. The researchers also studied if the Alpha and Delta virus variants influenced this association.

The researchers reported that in general, vaccinated people were less likely to transmit infection compared to unvaccinated people, although this effect waned with regards to the Delta variant. The Pfizer-BioNTech was noted to be more effective than the AstraZeneca vaccine in reducing Delta transmission.

Another study in Denmark, examining more than 20,000 households, found that COVID-19 vaccination helped to reduce the likelihood of infection and transmission, even with the highly infectious Omicron variant[7].

The claim that Pfizer admitted to never testing its vaccine’s ability to prevent transmission is misleading, since it implies that Pfizer made claims to the opposite effect, when that didn’t happen. The clinical trials were designed to test safety and efficacy, not transmission, and this information was clearly stated in the published study and in press releases by regulatory authorities.

Even though there had been a lack of data on transmission at the outset, this doesn’t make the public health recommendation to get vaccinated to protect others “a lie”, as Roos claimed. Most vaccines, including the pertussis and rotavirus vaccines, don’t prevent transmission in the first place. But this hasn’t prevented them from producing significant public health benefits. Consequently, the narrative that vaccines which don’t prevent transmission are of no benefit to the community is inaccurate and misleading.

Later studies did find that the Pfizer-BioNTech COVID-19 vaccine reduced virus transmission, although this ability has waned with the emergence of virus variants. The vaccine also helps to reduce the disease burden on hospital resources, since vaccinated people are less likely to develop severe disease and require hospitalization. Therefore, scientific evidence supports getting vaccinated to protect oneself as well as others.