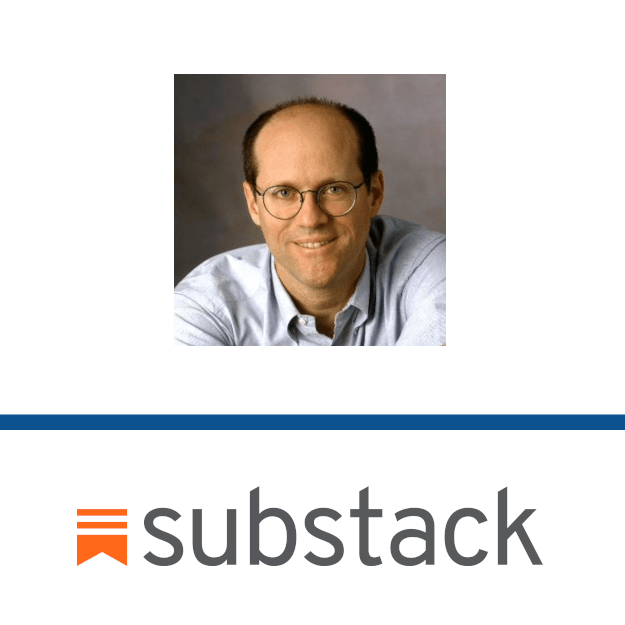 DETAILS
Flawed reasoning: The claim is based on an ecological study that predicted current numbers of COVID-19 cases and deaths if there had been no vaccines, based on data from the period when vaccines weren’t available. It then compared these numbers to the actual numbers of cases and deaths in the post-vaccine period, and found the actual numbers to be higher. Based on this, it concluded that COVID-19 vaccines increased cases and deaths. But this analysis failed to account for other variables that also directly affect cases and COVID-19 mortality (confounding factors), such as virus variants with increased transmissibility and healthcare capacity during the pandemic.
KEY TAKE AWAY

Ecological studies compare aggregate data from whole groups or populations and seek correlations between exposure to a potential risk factor and the frequency of disease. They are relatively quick and inexpensive to do compared to studies such as randomized controlled trials. However, there are also important pitfalls to ecological studies. For example, it’s difficult to account for confounding factors in the study, which are variables that affect the outcome of an experiment, but aren’t the variables being studied in the experiment. As such, it is challenging to draw causal inferences solely from an ecological study.

FULL CLAIM: “New big data study of 145 countries show COVID vaccines makes things worse (cases and deaths)”; “The study found that the COVID vaccines cause more COVID cases per million (+38% in US) and more deaths per million associated with COVID (+31% in US).”

A Substack article claimed that a “New big data study of 145 countries show COVID vaccines makes things worse (cases and deaths)”. The article, written by tech entrepreneur Steve Kirsch, received more than 4,700 engagements on Facebook, including more than 2,600 shares. Kirsch previously spread misinformation about COVID-19 vaccines, which was reported in this MIT Technology Review article; some of his claims were covered in previous Health Feedback reviews (see here and here). The claim is based on an analysis, titled “Worldwide Bayesian Causal Impact Analysis of Vaccine Administration on Deaths and Cases Associated with COVID-19: A BigData Analysis of 145 Countries”, written by Kyle Beattie, a PhD candidate in political science at the University of Alberta.

The analysis began with an inaccurate assumption by labeling COVID-19 vaccines as “COVID-19 gene therapy injections”. This is false, as none of the vaccines act as gene therapy. Gene therapy is used to treat diseases by modifying the DNA in a patient’s cells. As explained by researchers in a previous review by Health Feedback, the COVID-19 mRNA vaccines don’t modify our DNA. They simply provide the body with the blueprint for making the spike protein of the virus. The mRNA is later broken down and doesn’t persist in the body.

Because his analysis showed that countries had a higher number of cases and deaths after COVID-19 vaccines came into use, relative to the projected numbers based on the pre-vaccine period, he concluded that the vaccines were the cause of these increases.

But this conclusion is erroneous. Beattie’s analysis is fundamentally flawed because he failed to account for other variables that also directly affect cases and deaths (confounding factors), such as the spread of virus variants with increased transmissibility like Delta, public health measures that were applied at different times, and healthcare capacity. Indeed, one of the limitations of ecological studies is that it’s difficult to adjust for confounding factors.

Beattie also didn’t account for the fact that countries in general have a mixture of unvaccinated and vaccinated people. In order to know whether there is a basis for attributing changes in infection or deaths to vaccination, it’s necessary to know the vaccination status of the cases and deaths, and distinguish outcomes based on vaccination status during analysis, which Beattie didn’t do. Given that the data used by Beattie didn’t indicate whether the cases and deaths were predominantly in people who were vaccinated, it isn’t possible to attribute the cases and deaths to vaccination based on his analysis alone. The failure to recognize this limitation is known as the ecological fallacy.

Contrary to Beattie’s claim, we know from analyses comparing the proportion of cases and deaths based on vaccination status that the vaccines reduce the risk of illness and death, not increase it. For example, Our World in Data performed such an analysis for Switzerland, Chile, the U.S., and England, and found that for all ages, unvaccinated people had a greater likelihood of dying from COVID-19 than those who were fully vaccinated (see below Figures 1 to 4). 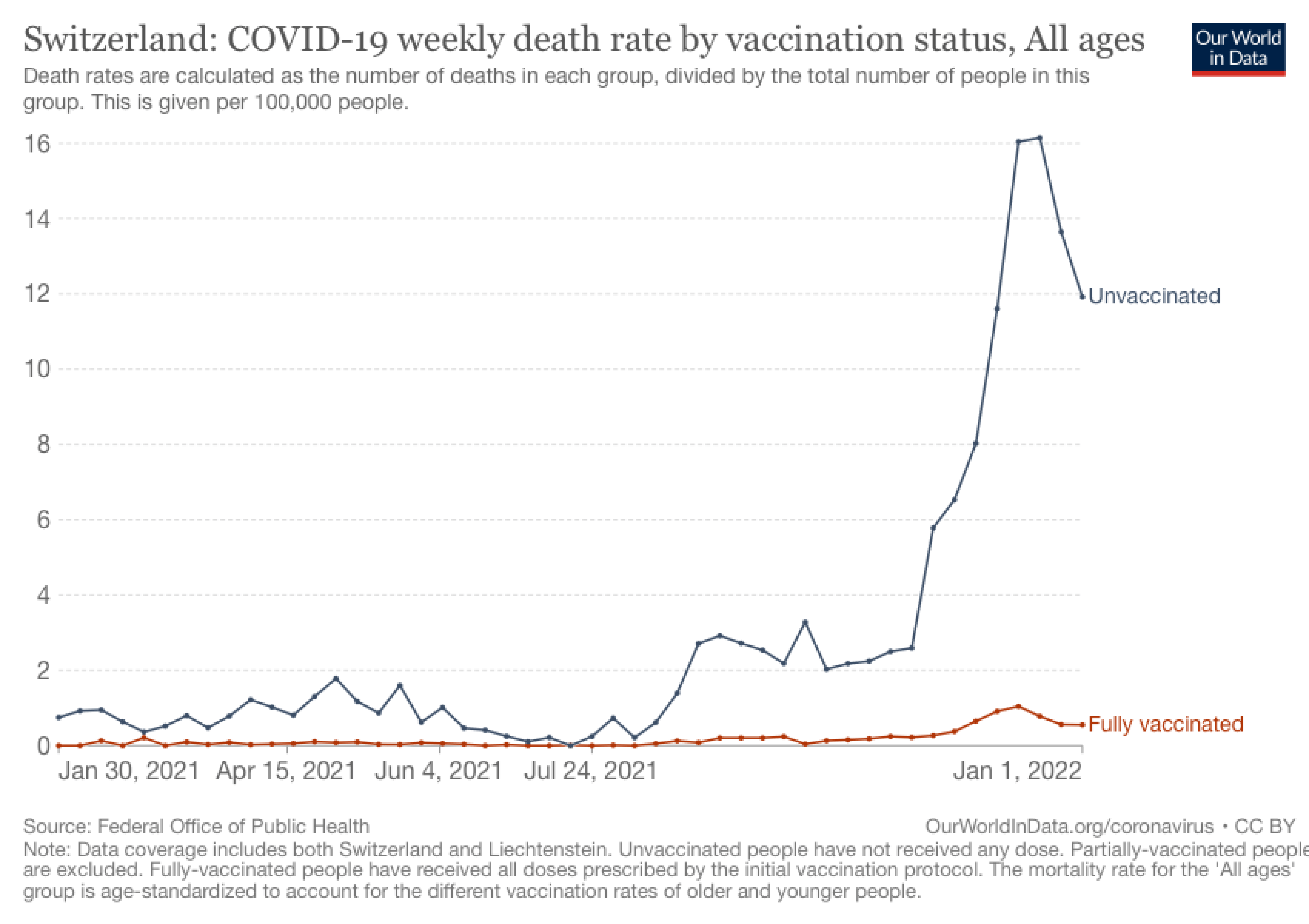 Figure 1. Switzerland’s COVID-19 weekly mortality rate (per 100,000 people) based on vaccination status. Chart from Our World in Data. 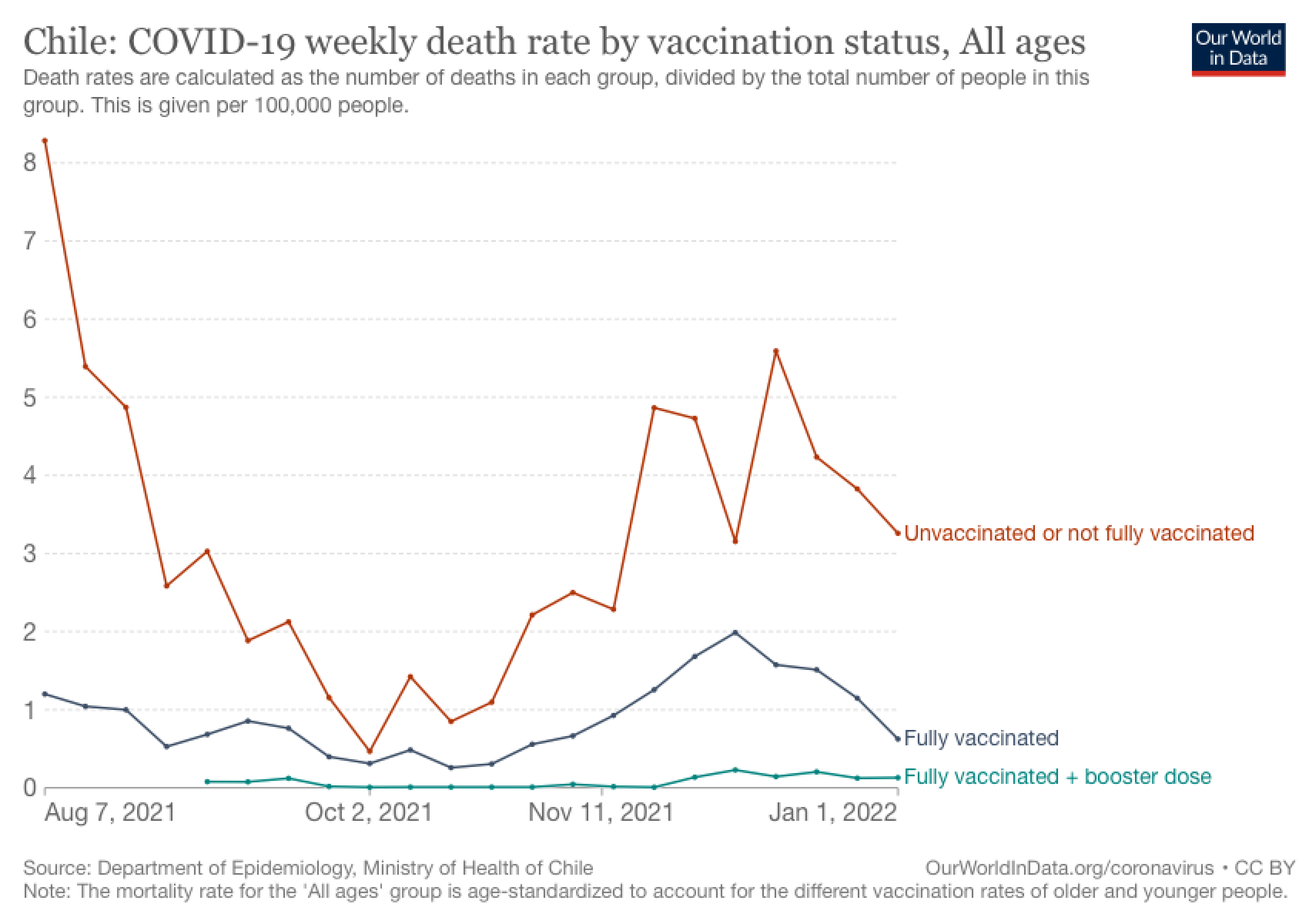 Figure 2. Chile’s COVID-19 weekly mortality rate (per 100,000 people) based on vaccination status. Chart from Our World in Data. 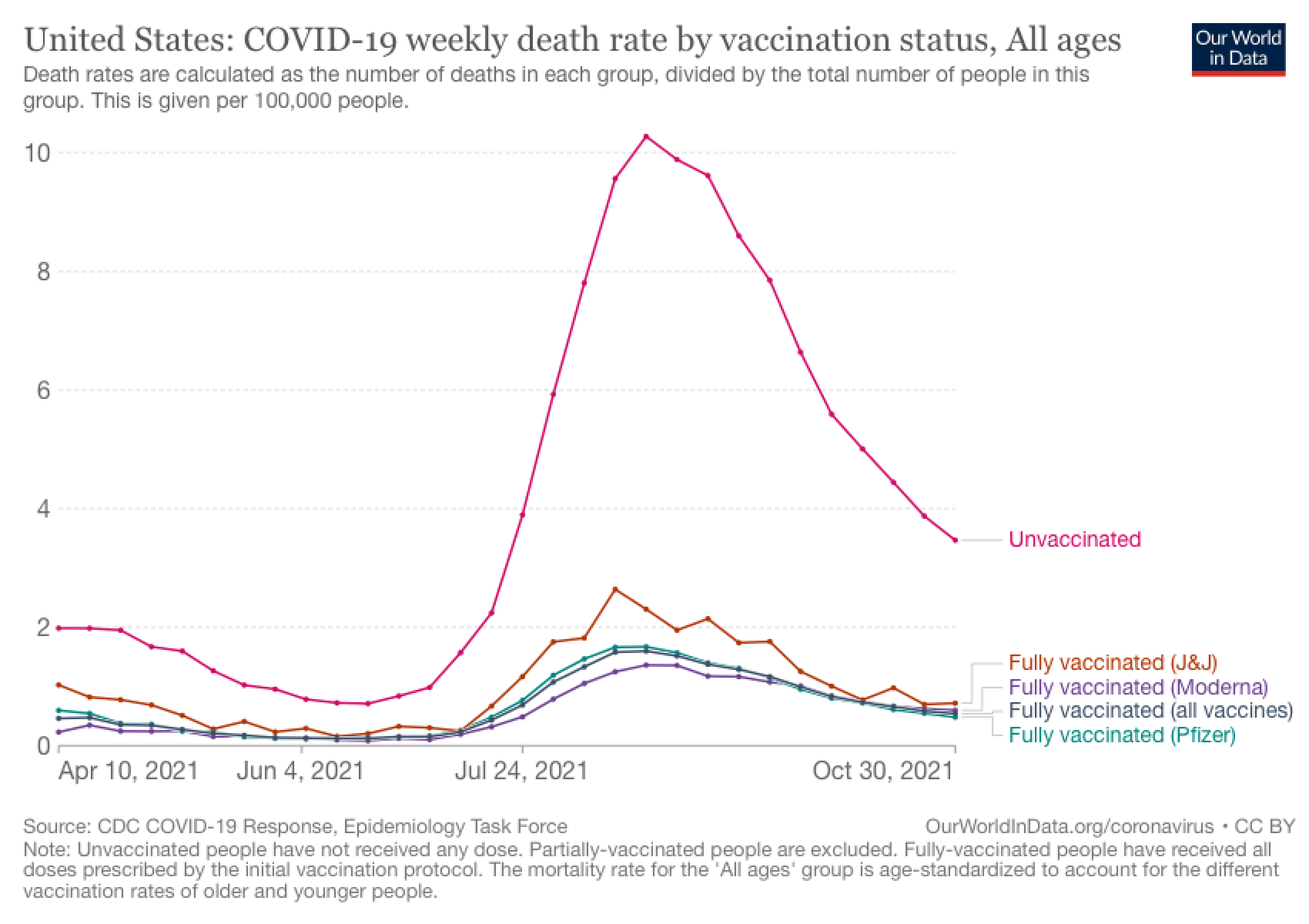 Figure 3. The U.S. COVID-19 weekly mortality rate (per 100,000 people) based on vaccination status. Chart from Our World in Data. 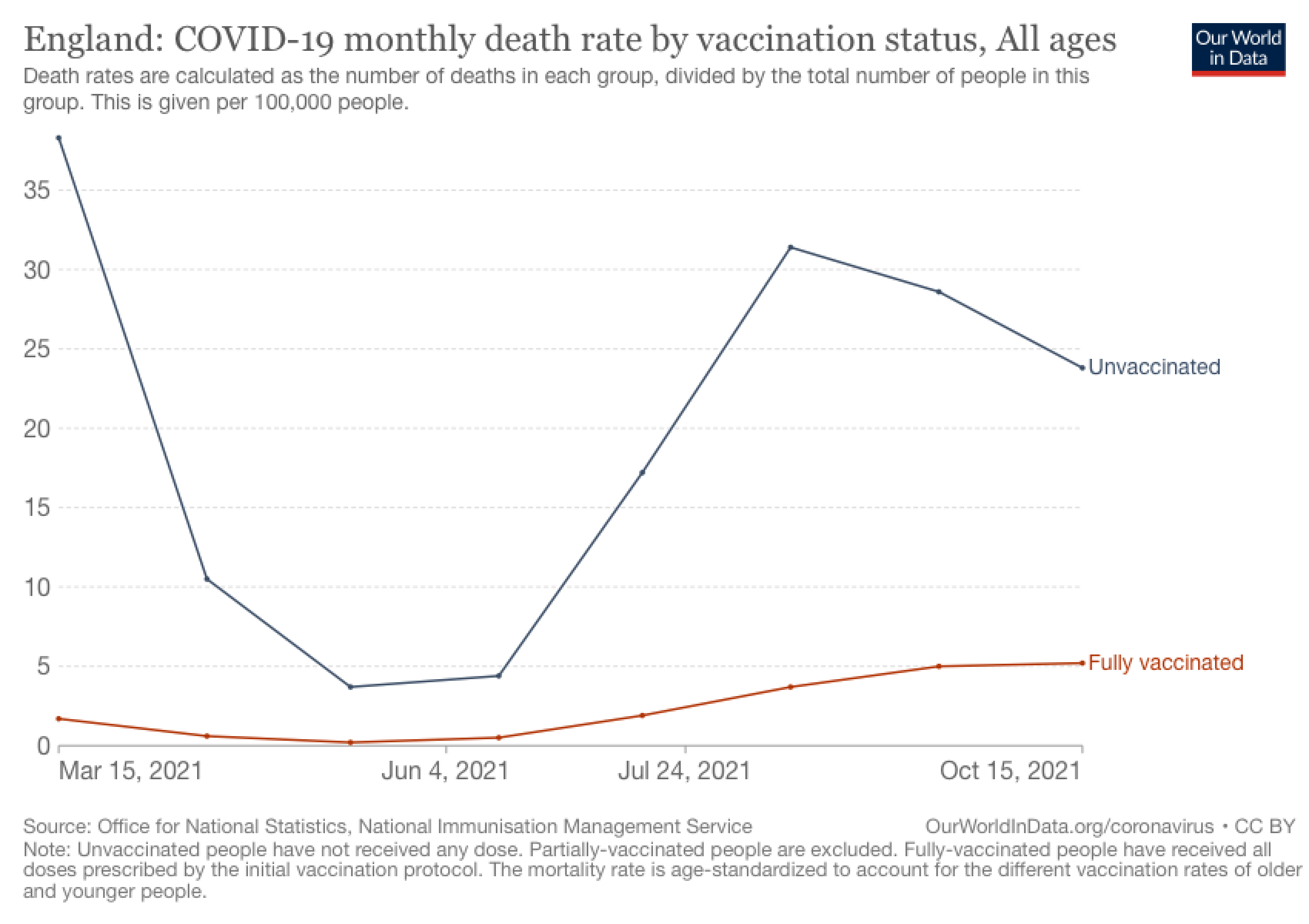 Figure 4. England’s COVID-19 monthly mortality rate (per 100,000 people) based on vaccination status. Chart from Our World in Data.

Overall, the claim made in Kirsch’s article is based on a highly flawed analysis of cross-country data that wasn’t designed to  tell us whether the observed effects could be attributed solely to vaccination. Contrary to the claim, the scientific evidence shows that COVID-19 vaccination reduces the risk of infection and mortality.