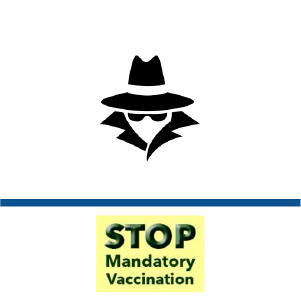 DETAILS
Inaccurate: The measles vaccine is made using a live but weakened form of the measles virus; it cannot cause the disease in people with functioning immune systems.
Misleading: The meme omits important information to bolster its claim, such as Samoa’s low vaccination coverage before the outbreak, as well as when the measles outbreak and vaccination campaign actually occurred.
KEY TAKE AWAY

The measles vaccine is made with a live but weakened form of the measles virus, which is incapable of causing infection in healthy people. And although the vaccine can sometimes cause a mild symptomatic infection in immunocompromised individuals, such cases create no risk of a measles outbreak in the rest of the community.

This meme by the group Stop Mandatory Vaccination was posted in early December 2019 on Facebook and began trending within days. It references a measles outbreak of more than 4,800 confirmed cases to date that began in Samoa in September 2019 and implies that the measles vaccination campaign that preceded it are to blame. Similar or identical claims have also recently circulated on Facebook.

No scientific evidence exists to support these claims. The measles vaccine is made using a live but attenuated, or weakened, form of the measles virus which cannot cause disease in immunocompetent people, including children and adults with healthy, functioning immune systems. It is therefore incapable of causing measles outbreaks. Such claims are directly contradicted by epidemiological data showing steep declines in measles cases after introduction of the measles vaccine, such as in the United States in the 1960s, as shown in the following figure. 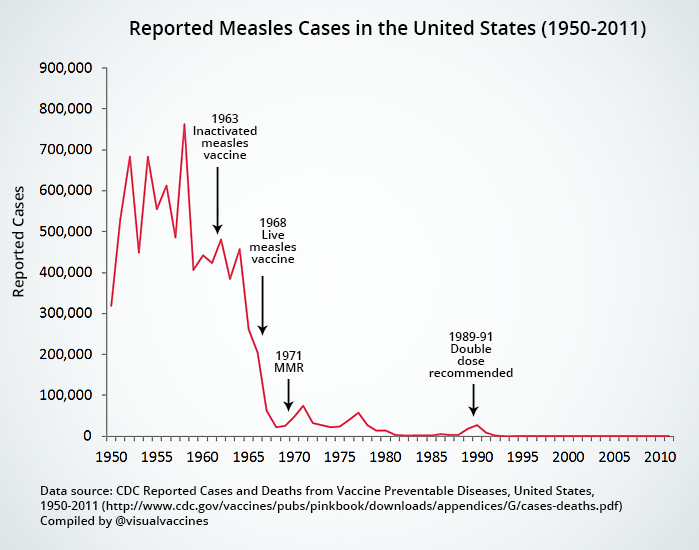 In addition, the measles virus responsible for the Samoa outbreak is a different strain (genotype D8) than those used in measles vaccines (genotype A), according to a joint report by the World Health Organization (WHO) and UNICEF published on 10 December.

The meme alternately presents and omits information in a misleading manner to support the claim that the measles vaccine caused the 2019 measles outbreak in Samoa. For example, it states that the outbreak did not exist in September 2019 and only began after the delivery of 115,000 doses of measles vaccine from UNICEF in October. This is false on both counts. First, Samoa’s Ministry of Health tested 28 cases of suspected measles at the end of September 2019 and found that 4 of the first 12 results received were positive, suggesting that the outbreak had already begun.

Secondly, while UNICEF did begin sending 115,500 doses of the measles vaccine to Samoa in October, as the meme claims, the national measles vaccination campaign did not begin until 20 November, well after the outbreak had begun and after a state of emergency over the measles outbreak was declared on 15 November.

The meme also does not acknowledge the fact that by September, Samoa’s measles vaccination coverage had fallen to 31% (see the Read More section for details). According to the WHO, at least 95% coverage is needed to prevent outbreaks. Low vaccination coverage is a well-recognized cause of disease outbreaks. Not unexpectedly, Samoa eventually declared a measles outbreak in October 2019.

Measles is a highly infectious disease and was a common childhood illness before the vaccine became available and vaccination campaigns grew increasingly widespread. According to the WHO, “major epidemics occurred approximately every 2–3 years and measles caused an estimated 2.6 million deaths each year”. Complications from measles infection include permanent hearing loss, pneumonia, and encephalitis.

In addition to short-term complications, measles can also cause long-term immunosuppression in some people, increasing their vulnerability to infection from other pathogens[1,2,3,4]. In a 2010 review, Diane Griffin, molecular microbiologist and immunologist at the Johns Hopkins Bloomberg School of Public Health, wrote that measles infection is “associated with several weeks of immune suppression with the consequence that the primary causes of measles deaths are secondary infections”[1].

Global measles deaths decreased by 73% from 2000 to 2018, largely due to the measles vaccine. The vaccine remains the best way of preventing measles infection and the devastating consequences of measles-related complications.

AAP FactCheck, a Facebook fact-checking partner based in Australia, published a fact-check on this same meme, concluding that the post “contain[s] inaccurate or misleading claims” and that its proposed measles outbreak timeline “ignores [the] reality of epidemic spread”.

Low measles vaccine coverage was due to the deaths of two infants after receiving improperly prepared measles vaccine in 2018. The deaths resulted from human error and were not caused by the MMR vaccine itself (covered in a previous claim review).

Health Feedback previously reviewed a similar claim that “measles vaccines kill more people than measles”, finding it to be inaccurate and based on misinterpreted epidemiological data.