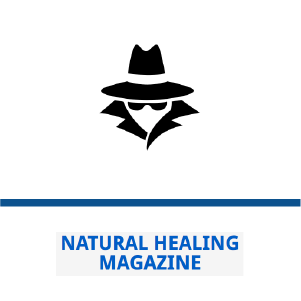 CLAIM
Israeli scientists have developed a cure for cancer, which is 100% effective and coming by 2020
VERDICT more about the rating framework

DETAILS
Inadequate support: The authors did not provide verifiable evidence to support their claim.
Misleading: The company behind these claims has actually produced very little supporting experimental data. The work needed to bring the cure - if successful - to the market will take a long time. In fact, it is extremely unlikely this will happen before a decade, if at all.
KEY TAKE AWAY

The claim of a “100% cancer cure” is unsupported by any scientific evidence provided by the company, which is still in a highly preliminary stage. The claim that it will be “available early next year” is misleading - clinical trials in oncology generally last more than a decade, and the success rate is also extremely poor.

FULL CLAIM: Israeli scientists have developed a cure for cancer, which is 100% effective and coming by 2020. A medical breakthrough from Israel can effectively cure cancer, the deadly disease that kills millions of people around the world every year.

The International Agency for Research on Cancer has estimated that 18 million new cases of cancer occurred in 2018 worldwide, and a projected 62% increase in incidence by 2030. Cancer incidence is clearly on the rise, meaning that almost everyone either has/will have cancer, or know of someone who does. Despite medical advances, cancer has remained recalcitrant to current treatment regimens. According to the World Health Organization, cancer is the second leading cause of death worldwide, with approximately 1 in 6 deaths due to cancer.

Cancer incidence, combined with high mortality and challenges in treatment naturally make this disease a significant concern to everyone. It is not surprising, therefore, to find claims about cancer cures going viral, like this article by Natural Healing Magazine. Shared more than 35,000 times on Facebook to date – it reiterates a widespread claim from early 2019. The original source was a news article in the Jerusalem Post (which we reviewed), that claimed Israeli scientists from a biotech start-up named Accelerated Evolution Biotechnologies Ltd (AEBi) had developed “the first complete cure for cancer”. The Jerusalem Post article also claimed that the approach was superior to current treatments, and that “clinical trials could be completed within a few years”. This naturally garnered much international attention, and the news was picked up by countless outlets worldwide.

However, when cancer researchers around the world took a closer look at the data, they found that the company’s experimental work fell far short of the standard required to support their claims. In fact, there were only a few in vitro experiments and one in vivo experiment in 6 mice. As Dr. Victoria Forster, cancer researcher at the Hospital for Sick Children, said in a Forbes article. “[This is] much less than I provided from a 6-week undergraduate research project a decade ago.” It was premature for AEBi to claim with confidence that they had a cancer cure in hand. Moreover, it was extremely unlikely for AEBi’s approach to obtain approval in a year, even if it did work, since clinical trials in oncology have a median length of approximately 13 years (not to mention a success rate of less than 4%)[1].

“Cancer is multiple diseases, and it is highly unlikely that this company has found a ‘cure’ for cancer any more than there is a single cure for infections.“

Dr. Vince Luca, who leads a cancer research group at the Moffitt Cancer Center, said in an ABC News article:

“There are over 200 human cancers. Finding a cure for even one or two would be a major accomplishment. Claiming to cure them all is impossible.”

Dr. Len Lichtenfeld of the American Cancer Society commented in an article that the claims are “based on a mouse experiment which is described as ‘exploratory’. It appears at this point there is not a well-established program of experiments which could better define how this works—and may not work—as it moves from the laboratory bench to the clinic.”

“We all have hope that a cure for cancer can be found and found quickly. It is certainly possible that this approach may work. However, as experience has taught us so many times, the gap from a successful mouse experiment to effective, beneficial application of exciting laboratory concepts to helping cancer patients at the bedside is in fact a long and treacherous journey, filled with unforeseen and unanticipated obstacles.“

Russell Pachynski, Assistant Professor, Washington University School of Medicine:
The claimants provide no evidence to support their claims. Without having an ongoing late phase (i.e. Phase II/III) clinical trial there is no possible way they can predict to have a “complete cure for cancer” within a year in humans. It is highly inappropriate to state such conflated claims without even published preclinical (e.g. mouse model) data showing their therapies are effective at tumor reduction.

We published an earlier review of this claim from the original article in the Jerusalem Post.

We also published another article analysing the spread of this misinformation through news websites and social media networks and the possible factors that drove its widespread dissemination.