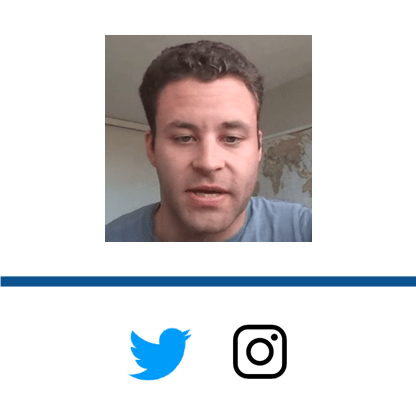 DETAILS
Inadequate support: Abnormal blood clotting can have many causes unrelated to COVID-19 vaccines, for example an underlying pathology or COVID-19 itself, which is a more likely cause of blood clotting than vaccination. Blood clotting also happens after death. Without a pathological analysis, photos of clots don’t provide sufficient evidence to suggest that those clots are neither abnormal nor linked to vaccination.
KEY TAKE AWAY

FULL CLAIM: COVID-19 vaccines are linked to an increase in abnormal blood clots observed by embalmers

On 23 and 24 October 2022, Matthew Horwood, a writer at the Canadian news website Western Standard, posted two tweets showing photos of blood clots. One of the tweets included quotes claiming, “They’re just not normal clots. It’s almost like it’s a tissue, not a blood clot” and “Before, only 10 to 15% would be clotted. Now I’m lucky to have bodies that are not clotted”. Screenshots of this tweet went viral on Instagram (see examples here and here), receiving more than 34,000 interactions, according to the social media analytics tool CrowdTangle.

These two tweets received more than 60,000 likes altogether and were retweeted more than 29,000 times. In the following days, Horwood called on embalmers in Canada who “have been seeing something similar” to contact him. He also continued tweeting about abnormal blood clots, genocide, people “likely going to drop dead” from these clots, and “vaxxx-injured Canadians”.

This series of tweets—combined with the fact that a photo used by Horwood originated from an Epoch Times article alleging that COVID-19 vaccines caused blood clots—communicated that the presence of blood clots in corpses was associated with COVID-19 vaccines.

This is also how some Twitter users interpreted Horwood’s tweets, based on comments such as “Long covid is the vax side effects” or “This vaxx was designed to spread and I know shedding from it is a thing”. On 27 October 2022, Horwood explicitly linked the clots with vaccination by tweeting, “All the embalmers I spoke to barely saw any COVID deaths in 2020. It was only after the _ was rolled out that they saw them.”

It’s not the first time such a claim has been made. In fact, the claim that COVID-19 vaccines caused abnormal clots in corpses based on anecdotal reports from embalmers started circulating in late 2021, and spread thanks to individuals such as Jane Ruby and Mike Adams. However, multiple organizations, including Health Feedback, AFP, and PolitiFact, found this claim to be unsubstantiated. As we will explain below, photos in Horwood’s tweets provide no new evidence supporting such an association.

According to estimates by the U.S. Centers for Disease Control and Prevention, blood clots in veins deep inside the body affect about 900,000 people, causing up to 100,000 deaths in the U.S. each year. This condition is known as venous thromboembolism (VTE)  Although anyone can develop VTE, lifestyle factors can greatly increase the risk, such as obesity, sedentarism, and smoking.

In very rare cases, viral vector COVID-19 vaccines (Oxford-AstraZeneca and Johnson & Johnson) have been associated with a serious form of blood clotting called thrombosis with thrombocytopenia syndrome (TTS). However, the risk of TTS following vaccination with the Johnson & Johnson vaccine is very low for most people, at about four cases per million doses. The Oxford-AstraZeneca vaccine isn’t authorized in the U.S., where most of the claims come from. Therefore, these rare cases wouldn’t explain the large increase in blood clots that some embalmers claimed to have observed.

Furthermore, the Johnson & Johnson vaccine accounts for only a small fraction of the total vaccinations in the U.S. as the vast majority of the doses administered in this country are of mRNA vaccines (Figure 1). While some have made claims linking blood clotting with mRNA vaccines, those claims are unsupported. Unlike vector COVID-19 vaccines, multiple studies showed that mRNA vaccines aren’t associated with a higher risk of blood clots[1,2]. In fact, mRNA vaccines may actually reduce the likelihood of clotting by preventing severe COVID-19, which is a major risk for developing blood clots[3]. 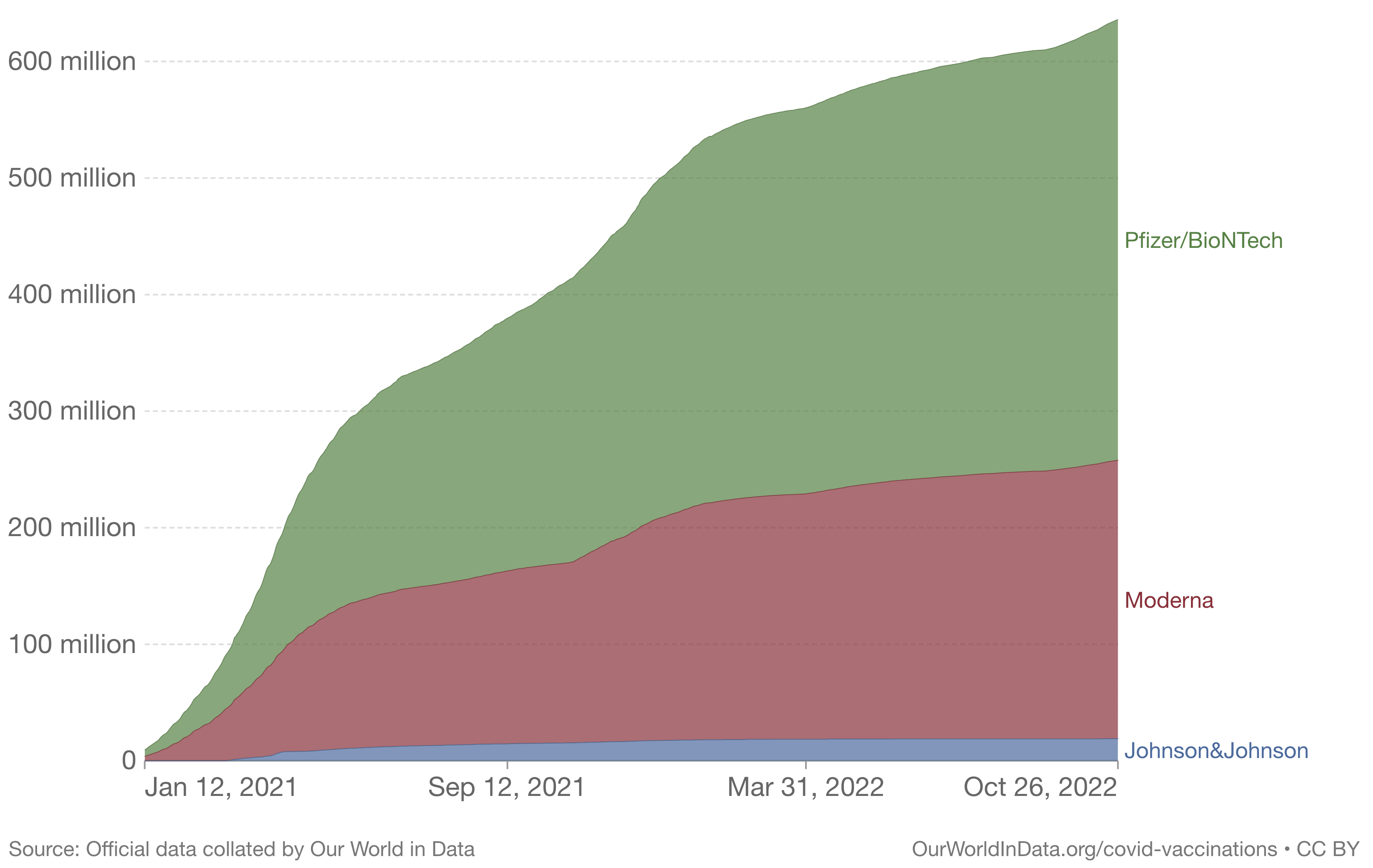 Figure 1. Number of COVID-19 vaccine doses administered in the U.S. by vaccine manufacturer between January 2021 and October 2022. The data are for individual doses, including boosters. Source: Our World in Data.

Therefore, current data contradicts the claim that COVID-19 vaccines are behind an increase in blood clotting in the general population. While blood clots after vaccination with a viral vector vaccine are very rare, mRNA vaccines aren’t associated with a higher risk of clotting.

Claims linking abnormal blood clots with COVID-19 vaccines mostly rely on anecdotes from embalmers that supposedly removed such clots from corpses. However, there is no verifiable information about when and how those samples were collected. Furthermore, it is important to keep in mind that embalming is different from conducting an autopsy.

Embalming is used to preserve bodies and prevent them from decaying. But embalmers neither take nor analyze biological samples and generally don’t have clinical information about the bodies they handle.

In contrast, an autopsy is a surgical procedure that aims to determine the cause and manner of death. The professional carrying out this procedure is a pathologist, a physician trained to perform autopsies and collect medical evidence. Taking into account the person’s clinical history, the pathologist examines the body and body tissues of deceased individuals in detail and requests any necessary laboratory tests. Based on this evidence, the pathologist can draw conclusions about why the person died.

Nikolaus Klupp, an associate professor of forensic medicine at the Medical University of Vienna, told Health Feedback in an earlier review that without a histological examination of the clots, “any conclusion would be unreliable”. Indeed, given the complexity of pathological examinations, it is clear that simply looking at a blood clot is insufficient to determine its origin and its role in the person’s death.

In fact, Klupp added that some of the blood clots looked to him “more like postmortem clots, mainly due to the color, the shape, and particularly because of the amount”. Monica Torres, a licensed embalmer in the U.S. state of Arizona, also said to AFP that “The blood clots are from refrigeration”, meaning that they formed after death. “It happens to many bodies”, she explained. Due to the large number of bodies to process, many “sat in refrigeration for long durations so they got blood clots”.

A spokesperson from the U.S. National Funeral Directors Association explained to PolitiFact that some embalmers had indeed noticed an increase in the presence of blood clots in COVID-19-related deaths. But contrary to claims, the clots appeared in both vaccinated and unvaccinated people. Torres also told PolitiFact that blood clots were present in people who had died of COVID-19 “long before vaccinations were available”.

Since very early in the pandemic, researchers observed that COVID-19 increased the risk of VTE, particularly in patients with severe disease[4]. Later research showed that patients with moderate and even mild COVID-19 are also at a higher risk of blood clots compared to the general population[5,6]. Furthermore, this risk might remain elevated for up to one year after the infection[7].

Experts at Johns Hopkins Medicine explained that COVID-19-related clots form primarily in the lungs and large blood vessels in the legs. However, they can also affect other organs, such as the brain and kidneys, leading to stroke and kidney failure. In addition, damage to small skin vessels has been associated with rashes and so-called COVID toe, a condition that causes swelling and discoloration in one or several toes or fingers.

As of October 2022, SARS-CoV-2 has caused more than 6.5 million deaths worldwide, including more than one million deaths in the U.S. Given the large number of cases and the well-established effects of COVID-19 on blood clotting, COVID-19 itself is a much more likely culprit for any possible increase in blood clots than vaccination.

Indeed, several studies show that the risk of blood clots following vaccination is much lower than after COVID-19 itself[8,9]. Therefore, the claim that the observed blood clots are due to COVID-19 vaccines rather than other more plausible causes, such as COVID-19, is baseless.

Photos of blood clots removed during embalming are insufficient evidence for determining how a clot formed and what role they played in a person’s death. No evidence indicates an association between the alleged increase in blood clots in corpses and COVID-19 vaccines. Instead, many experts have pointed to COVID-19 itself or the refrigeration of bodies as a more likely cause of the clots observed.

Benjamin Schmidt, a professor of mortuary science at the Northeast Texas Community College, analyzed the reasons why the claim is unsupported in an episode of his podcast The Funeral Science Podcast (starting at minute 10:20).

In an email to Health Feedback, Schmidt explained that embalming fluids typically contain formaldehyde, a preservative that changes the blood’s properties and can contribute to blood clotting:

“One thing that needs to be added to the discussion that is being overlooked is the fact that formaldehyde coagulates proteins, so those clots are going to be different because they are embalmed blood.”

This review was updated to include a comment by professor of mortuary science Benjamin Schmidt and a link to an episode of his podcast debunking the claim. His comment further supports our verdict and did not change it.