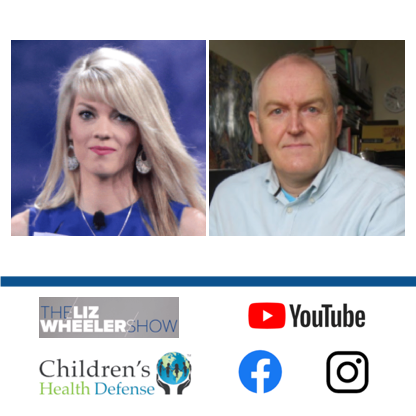 Pfizer's document released by the U.S. Food and Drug Administration contains information about adverse events that occurred following vaccination. Adverse events are health problems that occur after vaccination but aren’t necessarily caused by the vaccine. Therefore, these reports don’t establish a causal relationship between the events and the vaccine. These reports alone thus are insufficient to demonstrate that the Pfizer-BioNTech COVID-19 vaccine caused any new side effects or is unsafe.

FULL CLAIM: “The potential for serious harm is very clear”; “It would be criminal to expose infants and young children to this extremely risky product”; “List of Pfizer poke side effects. Gonna be a lot more job opportunities for oncologists, cardiologists, neurologists, rheumatologists, endocrinologists”; “these were side effects that Pfizer knew about”

On 23 August 2021, the U.S. Food and Drug Administration (FDA) granted the first approval for a COVID-19 vaccine to Pfizer and BioNTech. The information contained in the Biological License Application was confidential and unavailable to the public until the FDA Center for Biologics Evaluation and Research released part of these data on 1 March 2022.

One of the documents released was a 38-page safety surveillance report from the first three months post-authorization that included a nine-page appendix listing adverse events of special interest.

Based on this document, multiple posts and memes (see examples here, here, and here) claimed that the Pfizer-BioNTech COVID-19 vaccine caused a lengthy list of serious side effects, ranging from epilepsy to liver injury to autoimmune diseases. Such posts received more than 47,000 interactions on Facebook and Instagram, according to the social media analytics tool CrowdTangle.

Children’s Health Defense issued a related press release claiming that “The potential for serious harm is very clear” and that “It would be criminal to expose infants and young children to this extremely risky product”.

Similar claims also spread via the U.K. tabloid Express and the website Rebel News, identified as promoting propaganda and conspiracy theories by Media Bias/Fact Check, as well as video platforms. For example, political commentator Liz Wheeler claimed in this podcast that “these were side effects that Pfizer knew about”. Another example is a YouTube video by John Campbell, a retired nurse practitioner who previously spread misinformation about COVID-19, as earlier reviews by Health Feedback documented. Campbell’s video claiming that Pfizer’s document showed “1,223 [vaccine-]associated deaths” received more than 760,000 views and 24,000 engagements on Facebook.

But these claims are misleading. As this review explains below, the cited document doesn’t show known side effects of the Pfizer-BioNTech COVID-19 vaccine. Instead, it collects data on adverse events reported following vaccination. On their own, these reports don’t demonstrate that the vaccine caused the adverse event and don’t provide evidence that the vaccine is unsafe.

What does the data in the Pfizer’s document mean?

To understand why the claims are misleading, it is important first to understand the difference between an “adverse event” and a “side effect”. The term “adverse event” describes any health problem that occurs after vaccination, regardless of whether the vaccine caused it. For example, a toothache in someone who received a vaccine would be considered an adverse event. However, a toothache can’t be attributed to vaccination. In contrast, the term “side effect” refers only to adverse events causally linked to the vaccine, such as an allergic reaction to a vaccine ingredient.

Pfizer’s document is titled “Cumulative Analysis of Post-authorization Adverse Event Reports of PF-07302048 (BNT162B2) received through 28-Feb-2021”. As the title indicates, the document contains information about adverse events that occurred following vaccination, not vaccine side effects as many claimed. The document doesn’t disclose the total number of people who had received the vaccine at the time the document was published.

From the emergency authorization of the vaccine on 1 December 2020 through 28 February 2021, Pfizer collected a total of 42,086 adverse event reports. Sources included spontaneous reports to Pfizer, cases published in the medical literature or collected from studies, Pfizer-sponsored marketing programs, and adverse event reports from the health authorities of 63 countries.

Around 65% of the reports came from the U.S. (13,739) and the U.K. (13,404), mainly through surveillance systems like the U.S. Vaccine Adverse Event Reporting System (VAERS) and the U.K. Yellow Card Scheme. As Health Feedback explained in earlier reviews (here, here, here, and here), these surveillance systems help health authorities identify safety signals that may indicate a problem with the vaccine and require further investigation, such as a disproportionately high number of a particular adverse event.

But showing that a vaccine caused an adverse event requires more than simply observing that one event happened after vaccination. While a temporal association is necessary, it isn’t sufficient to infer a causal relationship between both events, as this Insight article by Health Feedback explained.

The document itself warns readers about the limitations of adverse event reports. Specifically, it mentions incomplete clinical information and external factors that might influence reporting, such as the seriousness of the reaction and awareness by health professionals and consumers. Page 6 of the document explicitly states:

“An accumulation of adverse event reports (AERs) does not necessarily indicate that a particular AE was caused by the drug; rather, the event may be due to an underlying disease or some other factor(s) such as past medical history or concomitant medication.”

How did these documents become public?

The FDA release was a response to a Freedom of Information Act (FOIA) request by the group Public Health and Medical Professionals for Transparency filed in September 2021, demanding the data that Pfizer submitted to the FDA as part of the license application. Some of the members of this group, which comprises mainly academics and physicians, have previously spread misinformation about COVID-19 vaccine safety (see examples here, here, and here)

FOIA requests allow the public to access records from any federal agencies, which are legally obliged to disclose any information requested with few exceptions. The law requires federal agencies to first respond to requests within 20 business days. However, the time it takes to process them “will vary depending on the complexity of the request”, as the FOIA website explains.

Public Health and Medical Professionals for Transparency requested expedited processing of the FOIA request. After the FDA denied it, the group filed suit in the U.S. District Court for the Northern District of Texas to seek this expedited processing, arguing that their request was a “top priority”. The FDA initially proposed to release the documents at a rate of 500 pages a month, arguing that a higher rate would leave “little resources to process other FOIA requests”, since the request involved more than 329,000 pages. On 6 January 2022, the court concluded that the FOIA request was “of paramount public importance” and ordered the FDA to release “55,000 pages every 30 days”.

Many social media users misrepresented this scheduling dispute as an attempt by the FDA to conceal the vaccine data or delay its release, even though the agency never opposed releasing this information. After the FDA began releasing Pfizer’s documents, these earlier claims merged with those questioning vaccine safety (see examples here and here). Some posts even seemed to suggest, on the basis of no evidence, that the FDA tried to minimize the impact of the data by choosing to release the information during the Russian invasion of Ukraine.

This is inaccurate and misleading. The reason that the documents were released on 1 March 2022 is because the court order itself set the due date “on or before March 1, 2022”. Ultimately, the claim that the documents show the vaccine is dangerous is simply baseless, as the documents don’t demonstrate any safety issues with the COVID-19 vaccine.

The adverse event reports that Pfizer collected between December 2020 and February 2021 can’t tell us whether the vaccine caused the adverse events. Therefore, claims that the vaccine is dangerous based on this document are unsupported. Since the data doesn’t provide evidence that the vaccine caused any new side effects or is unsafe, claims that Pfizer and the FDA tried to hide this information from the public are also unfounded.

In contrast, rigorous evaluation by the FDA Center for Biologics Evaluation and Research concluded that the Pfizer-BioNTech COVID-19 vaccine met the FDA safety standards required for approval. The data from ongoing safety monitoring of vaccinated people is reassuring and indicates that serious vaccine side effects are very rare.