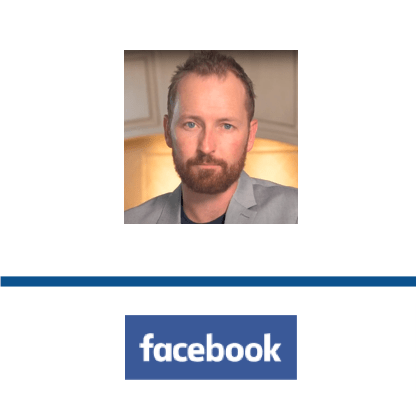 CLAIM
“The tetanus bacteria is an anaerobic bacteria. That means that it cannot live in the presence of oxygen. You cannot get tetanus by stepping on a rusty nail.“
VERDICT more about the rating framework

DETAILS
Flawed reasoning: While some bacteria stop growing in the presence of oxygen, these bacteria still retain the ability to infect people and cause disease. Tetanus is caused by the bacteria Clostridium tetani, which produces spores that survive in high-oxygen environments and can enter the human body through open wounds.
Lacks context: One of the main causes of tetanus mortality worldwide is neonatal infections through the umbilical cord stump, which is also one of the main causes of neonatal mortality worldwide. The best way to prevent these infections is by vaccinating the mother during pregnancy, which immunizes the baby.
KEY TAKE AWAY

The bacteria that causes tetanus, Clostridium tetani, produces spores that can survive in oxygen-rich environments, even though the bacteria itself cannot. These spores initiate infections by entering the human body through an open cut. Individuals can be vaccinated to prevent tetanus infections from skin wounds, which has enabled high-resource countries to eradicate neonatal tetanus, which is the most lethal form of the disease.

FULL CLAIM: "The tetanus bacteria is an anaerobic bacteria. That means that it cannot live in the presence of oxygen. You cannot get tetanus by stepping on a rusty nail. That bacteria can be found in manure of horses and cows. When it starts to bleed, there's oxygen present and it touches the bacteria, which kills it. You don’t need to get vaccinated against tetanus, you can get a shot called TIG (tetanus immunoglobulin) that has antibodies that can protect you against this toxic bacteria, as long as they give it to you within 72 hours, you're most likely going to be fine."

On 7 March 2021, a video discussing the causes and consequences of tetanus was posted on Facebook by chiropractor Steven Baker, who runs the Facebook page named “Dr. Baker2.0”. The video makes several claims that are inaccurate or rely on flawed reasoning, which leaves the viewer with a false understanding of the disease and the role of tetanus vaccinations.

Tetanus is an acute, sometimes fatal disease caused by a neurotoxin produced by the bacterium Clostridium tetani[1]. The disease is characterized by generalized stiffness and convulsive spasms of skeletal muscles, which can lead to bone fractures and respiratory problems among infected individuals. C. tetani is found in the digestive tract of many animals and in soil[2].

Like other bacterial species in the genus Clostridium, its growth is inhibited by the presence of oxygen. Thus the bacteria is considered as an anaerobic organism. While the growth of the bacteria itself is slowed by oxygen, it produces spores that can survive in high-oxygen environments. These spores can enter the human body via skin-piercing wounds and initiate a tetanus infection. Therefore, the claim that tetanus cannot be contracted by “stepping on a rusty nail” is inaccurate. Furthermore, it is sufficient for an open wound in the skin to come into contact with soil where spores of C. tetani are present for an infection to occur, since these are not only present in manure piles[1,2].

The video also claimed that people don’t need to be vaccinated against tetanus. However, vaccination is the only way to prevent an individual from contracting the disease[3], since natural tetanus infections don’t confer immunity. Tetanus vaccine consists of the inactivated toxin, and confers immunity up to 10 years since the last dose received[4]. The most widely used vaccine, DTaP, simultaneously immunizes a person against tetanus, diphtheria, and pertussis[1].

Several forms of tetanus exist, including the particularly dangerous neonatal tetanus. This form of infection occurs when the bacteria infects a baby through the umbilical cord stump[1]. Specifically, the disease occurs when an umbilical cord is cut with inadequately sterilized material. Spores of C. tetani can survive some disinfectants, high temperatures, and even being immersed in boiling water for a lapse of time.

The application of contaminated substances over the umbilical cord stump can also cause an infection. For example, in some regions of Africa and Asia animal dung or ghee (clarified butter from water buffalo milk) is applied over the umbilical stump[5,6]. The abandonment of these cultural practices is correlated with a lower incidence of neonatal tetanus. In high-resource countries, neonatal tetanus is almost eradicated due to vaccination of pregnant women, but in low-resource countries, this disease is one of the main causes of neonatal mortality. Neonatal tetanus can be prevented by vaccinating the mother during pregnancy[7,8].

The video also claimed that individuals can receive tetanus immunoglobulin (TIG) shots to avoid tetanus infections, as long as they receive them within 72 hours after suffering an open wound. While TIG shots and immune booster doses are used for those who experience major wounds, some people who experience small wounds or don’t have access to medical facilities within 72 hours don’t receive these treatments. Therefore, tetanus vaccination can minimize the likelihood that a person gets infected from small and major wounds[1,3]. Elderly people are more susceptible to serious, sometimes fatal, complications from tetanus, which is another important aspect to consider when making claims about the use of tetanus vaccines, even when an antitoxin exists[9].

In summary, the video contains numerous inaccurate and misleading claims, as well as unfounded opinions regarding a dangerous disease that is still today a major cause of neonatal mortality in many parts of the world, particularly in low-resource countries. The tetanus vaccine has proven to be effective and safe in many different countries[11-15].