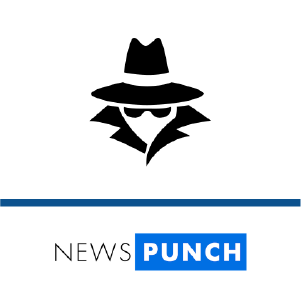 The idea that smoking could protect against lung cancer has no scientific basis. Large-scale human studies from the 1950s to recent times have consistently shown a causal link between smoking and lung cancer.

The article containing this claim, published in April 2017, does not cite any data or supporting studies.

In fact, an overwhelming volume of scientific evidence points to the opposite conclusion. Mounting concern about the rise in lung cancer rates during the 1950s led scientists to investigate a possible relationship between smoking and lung cancer. To do this, scientists evaluated death rates and causes of death among groups of smokers and non-smokers over a long period of time, in so-called prospective cohort studies.

The claim by NewsPunch that the scientific evidence for the smoking-lung cancer relationship is limited to animal studies is false. The first prospective cohort studies began as early as the 1950s. One by Hammond and Horn assessed more than 180,000 men in the United States and followed participants for more than three years[1]. This work was continued by the Cancer Prevention Studies (CPS), which followed more than a million men and women in the U.S. Another hallmark study by Doll and Hill included more than 40,000 men and women in the United Kingdom and followed the participants for 50 years[2,3].

A 2009 review published in the International Journal of Epidemiology, which evaluated more recent evidence, supported these findings[4]. It stated that:

“The consistency of all the epidemiologic and experimental evidence […] supports the conclusion of a causal relationship with cigarette smoking.”

A study examining the frequency of different types of cancer in the United Kingdom reported that “tobacco smoking contributed by far the largest proportion of attributable cancer cases, accounting for 15.1% of all cases in the U.K. in 2015.” Of all cancer cases attributed to tobacco smoking, more than 70% were lung cancer[5].

The International Agency for Research on Cancer, which is part of the World Health Organization, recognizes “tobacco smoking” as carcinogenic, meaning that there is sufficient scientific evidence that it can cause cancer in both humans and animals.

The NewsPunch article also claims that smokers’ lungs and non-smokers’ lungs are similarly pink in colour, suggesting that smoking does not harm the lungs and that prevalent images of blackened lungs have been falsely attributed to smoking. This claim was addressed in an earlier review by Health Feedback, which explained that although not all smokers develop the same degree of lung pathology, this does not undermine the strong evidence that smoking is linked to lung diseases such as cancer and chronic obstructive pulmonary diseases (COPD). Statistics from the U.S. Centers for Disease Control and Prevention show that smoking causes about 90% of all lung cancer deaths and about 80% of all deaths from COPD.

Overall, the article’s assertions that “smoking may protect from lung cancer” and that “real figures nowadays are showing far more non-smokers dying from lung cancer than smokers” are not supported by scientific studies or data.