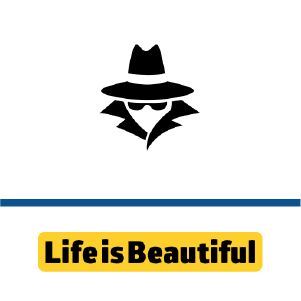 CLAIM
Tilapia are chock full of Omega-6 fatty acids – which increase your risk for Alzheimer’s!
VERDICT more about the rating framework

Current scientific evidence shows that dietary omega-6 fatty acids confer health benefits and do not increase inflammation or Alzheimer’s disease risk. Consumers should not feel the need to avoid eating tilapia for fear of Alzheimer’s.

FULL CLAIM: Tilapia, when compared to other kinds of fish has very little Omega-3. They are chock full of Omega-6 fatty acids – which increase your risk for Alzheimer’s!

Fish consumption is encouraged as part of a healthy diet – while being low in saturated fats, it has a high level of protein, as well as vitamins and minerals such as Vitamins A and D, phosphorus and selenium. Its high levels of omega-3 fatty acids also help to reduce the risk of cardiovascular disease, and the American Heart Association has recommended that adults eat 2 servings of fish at least twice a week to reap the cardiovascular benefits of fish.

As certain types of fish like salmon and tuna can be expensive, consumers who wish to maintain a healthy diet on a budget may decide to turn to more affordable options like tilapia. However, news that eating tilapia leads to an increased risk of Alzheimer’s disease and cancer has been circulating online. Published on a website called Life is Beautiful (as well as others such as Relay Hero, 55 Meals…), the article has been shared tens of thousands of times online with a headline that reads “Health Experts Are Warning People To Stop Eating Tilapia”.

Firstly, the article claims that tilapia contains very little omega-3 fatty acids compared to other fish and a lot of omega-6 fatty acids. This claim is based on findings of a study by Wake Forest University researchers[1], published in 2008, which compared levels of different unsaturated fats in several species of fish, including salmon, trout and tilapia. However, the researchers only tested one fish per species. As nutritional content in fish can vary greatly depending on the farming conditions and the feed used, the general applicability of these results are in question, as are its relevance to health, which are discussed below.

The second and more contentious claim is that high levels of omega-6 fatty acids, like those found in tilapia (and also sunflower oil and walnuts), contribute to the risk of Alzheimer’s through inflammatory processes.

This is highly misleading. The main omega-6 fatty acid in food is linolenic acid (LA), which is converted by the body into many different compounds, some are inflammatory, while others are actually anti-inflammatory, as this science advisory by the American Heart Association[2] explains in detail. Therefore, the claim that LA contributes only to inflammatory processes is false. In some human studies, LA has also been shown to lower the risk of coronary heart disease.

The third claim that arachidonic acid (AA) – which is synthesised from LA in the body – is linked to changes in Alzheimer’s disease comes from the interpretation of a single animal study[3]. This link has yet to be established in humans, and it is premature to claim a causal relationship between AA and Alzheimer’s disease now.

The claim that dioxin is toxic is true, but dioxin is present in many other animals besides tilapia. It is one of the most ubiquitous environmental pollutants. The World Health Organization has published a fact sheet on dioxin, showing how high levels have been found in pork, poultry and eggs. Therefore, the notion that tilapia is especially dangerous for being a source of dioxin is one-sided and misleading.

Overall, the claims made in this article are unsupported and misleading.

David Smith, Professor Emeritus (Pharmacology), Department of Pharmacology, University of Oxford:
My reading of the peer-reviewed scientific literature confirms that Tilapia contain a higher proportion of omega-6 fatty acids than most other fish species. But I know of no evidence showing that dietary intake of omega-6 fatty acids in humans confers an increased risk of Alzheimer’s disease. There have not been any large-scale population studies on this question and no interventional clinical trials.

When Alzheimer’s disease is added to this picture, we know that eating fish regularly, 2-3 meals per week, may halt the progression to or of Alzheimer’s.

UPDATE (25 April 2019):
Prof. Palmblad’s comment was received and included after the initial publication. This comment further supports the original verdict and did not modify it.