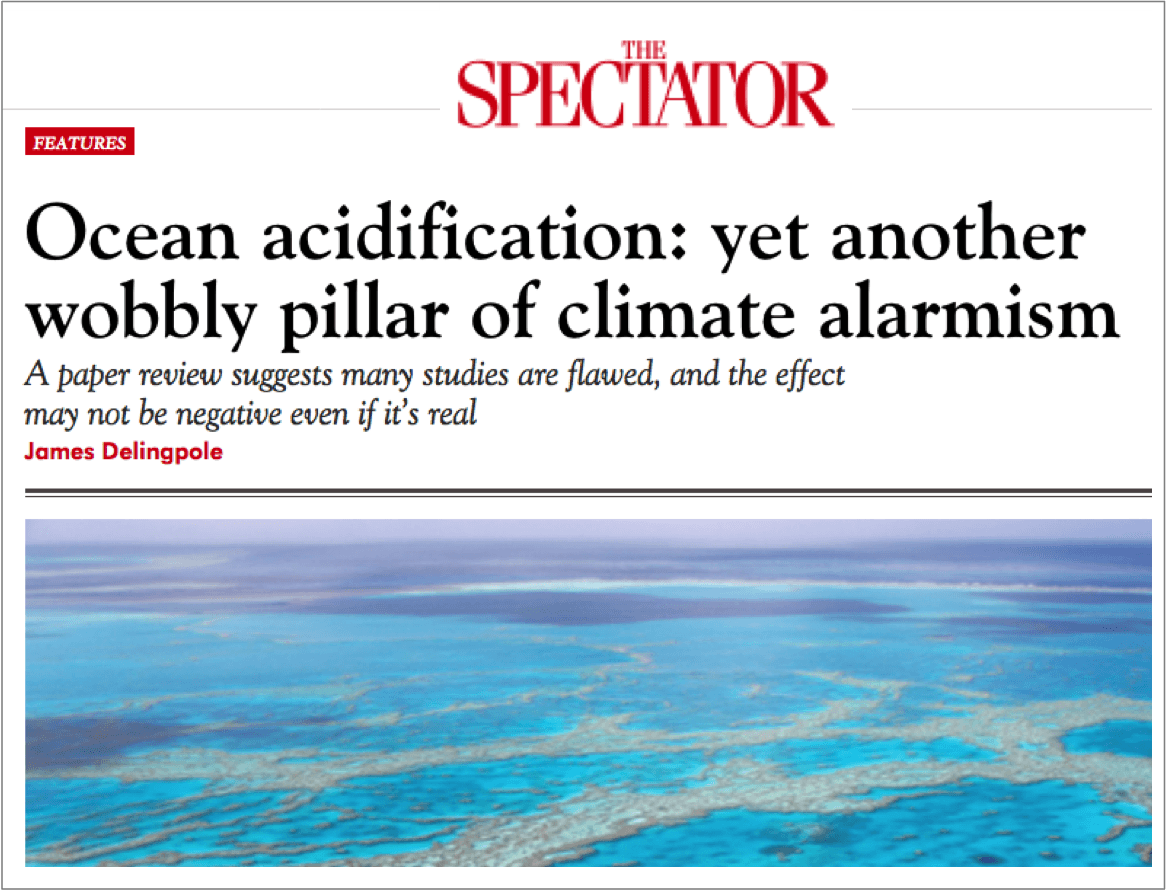 DETAILS
Factually wrong : This statement is contradicted by available evidence.
Inadequate support : The basis for the claim is a non-peer-reviewed paper that has been shown to have serious flaws.
KEY TAKE AWAY

The acidity of the upper ocean has increased by about 30% (meaning its pH has dropped about 0.1 units) over the past century due to human emissions of CO2.

FULL CLAIM: there has been no reduction in oceanic pH levels in the last century

Tullio Rossi, Marine biologist, University of Adelaide:
This is plain wrong. Oceanic pH levels decreased by 0.1 units compared to pre-industrial levels. This corresponds to a 30% increase in acidity. For a primer on pH, see this NOAA explainer.
Peer-reviewed references:

Ken Caldeira, Senior Scientist, Carnegie Institution for Science:
This statement just flies in both the face of observational facts and a basic understanding of chemistry. I would love to hear a cogent explanation of how atmospheric CO2 levels could rise over the course of a century without producing a decrease in ocean pH.
Observations near Hawaii and several other open ocean environments show clear decreasing trends in ocean pH. See, for example this report from the European Environment Agency.
It is one thing to challenge future projections, but rejecting well-established scientific facts is another thing entirely. 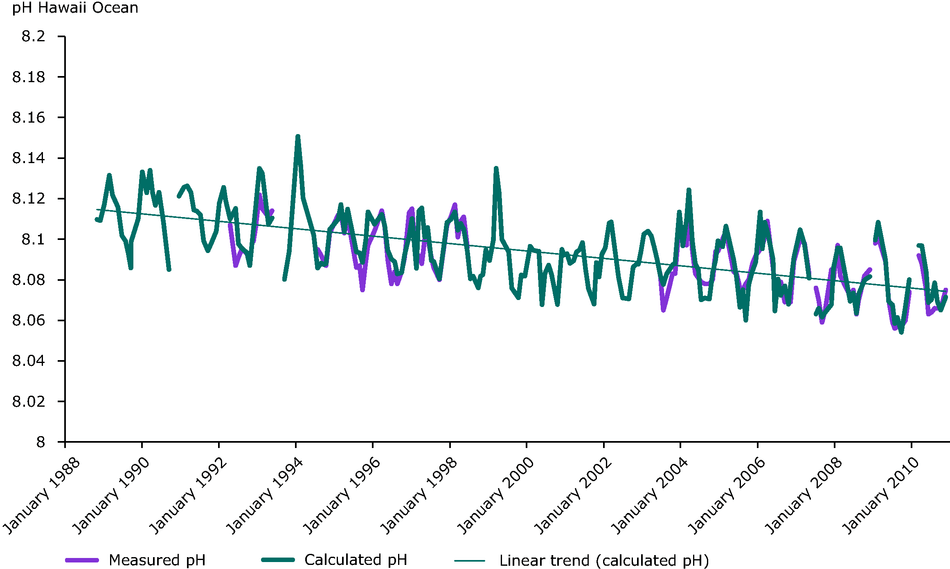 Figure: Decline in pH measured at the Aloha station as part of the Hawaii Ocean time-series. Source

Richard Feely, Senior Scientist, NOAA's Pacific Marine Environmental Laboratory:
Michael Wallace contacted Chris Sabine and myself several years ago and asked how to get access to historical pH measurements in the oceans so he could determine long-term trends of global ocean pH for himself. We directed him to both modern (as published in Feely et al., 2008) and historical pH measurements archived at the NOAA National Centers for Environmental Information. We cautioned him that the earlier data sets prior to 1989 had significant issues with data quality as described in the document that went along with the data set obtained from NCEI. Mr. Wallace went on to perform his analysis of the historical data without regard for the oceanographic community’s concerns about the data quality or for the proper methodology to perform this kind of analysis. He chose to publish his results within the context of an interview written by Marita Noon in the Farmington Daily Times. We responded by correcting the record by formally restating our concerns about Mr. Wallace’s incorrect use of the historical data on our website. In short, Wallace’s chart does not show any kind of useful trend in global ocean pH because the data he used, and the way he used them, were not appropriate for this kind of analysis. In the first place, the pH measurements prior to 1989 were not reliable enough to detect small pH changes over that period. In addition, companion meta data on sensor calibration, pH scales, and temperature corrections were not available. Finally, the data were so limited that no meaningful global averages could be determined. The article by Mr. Delingpole in The Spectator failed to address these important issues, as Philip Williamson correctly points out in his response to the article.