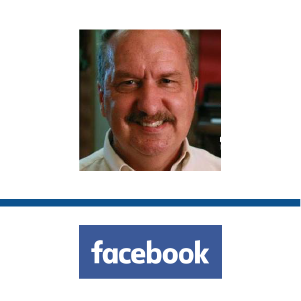 DETAILS
Inaccurate: The study by CDC scientists did not observe any association between the MMR vaccine and autism in young children.
Misleading: The claim is based on a study that used erroneous methods for analyzing the original CDC data, leading to spurious results.
KEY TAKE AWAY

CDC data did not show an increased risk of autism in African-American boys associated with the MMR vaccine. This claim is based on a study that was later retracted due to its methodological flaws which produced spurious results. Overwhelming scientific evidence shows that vaccines do not cause autism.

FULL CLAIM: The CDC found a 236% increased risk of autism in African-American boys associated with the MMR vaccine

This claim began with a study published in Aug. 2014 by Brian Hooker (who holds a doctorate in chemical engineering, but does not have a background in epidemiology), which reported “a statistically significant increase in autism cases specifically among African American males who received the first MMR [vaccine] prior to 36 months of age”[1] after reanalyzing the findings of a 2004 epidemiological study by scientists working at the Centers for Disease Control and Prevention (CDC)[2].

Hooker’s study was retracted a few months later in Oct. 2014. Explaining this decision, the journal editors stated that: “There were undeclared competing interests on the part of the author which compromised the peer review process. Furthermore, post-publication peer review raised concerns about the validity of the methods and statistical analysis, therefore the Editors no longer have confidence in the soundness of the findings.”

Snopes fact-checked this claim in 2014, and found it to be false: “Did collected data actually prove that the MMR vaccine produces a 340% increased risk of autism in African-American boys? The answer is no, it did not.”

A ScienceBlogs article dissected the methodological flaws of the reanalysis:

“Hooker analyzed a dataset collected to be analyzed by a case-control method using a cohort design. Then he did multiple subset analyses, which, of course, are prone to false positives. As we also say, if you slice and dice the evidence more and more finely, eventually you will find apparent correlations that might or might not be real. In this case, I doubt Hooker’s correlation is real.”

“And, of course, there’s no biologically plausible reason why there would be an effect observed in African-Americans but no other race and, more specifically than that, in African-American males. In the discussion, Hooker does a bunch of handwaving about lower vitamin D levels and the like in African American boys, but there really isn’t a biologically plausible mechanism to account for his observation, suggesting that it’s probably spurious.”

“There’s no mention of how many children were included in [Hooker’s] analysis –- an omission that Vanderbilt University biostatistician Bill Dupont called ‘extremely rare’ –- and he failed to properly control for factors known to contribute to autism risk.”

As explained in our article (and many others): Vaccines do not cause autism.

Although the study was retracted in 2014 because its methodological flaws invalidate its findings, some groups persist in making this claim, with a meme going viral on Facebook in Jan. 2020. Some claims go as far as to accuse the CDC of hiding the data, which is false–in 2014, the CDC published a statement regarding the 2004 Pediatrics study, clarifying that “the data CDC collected for this study continue to be available for analysis by others.”