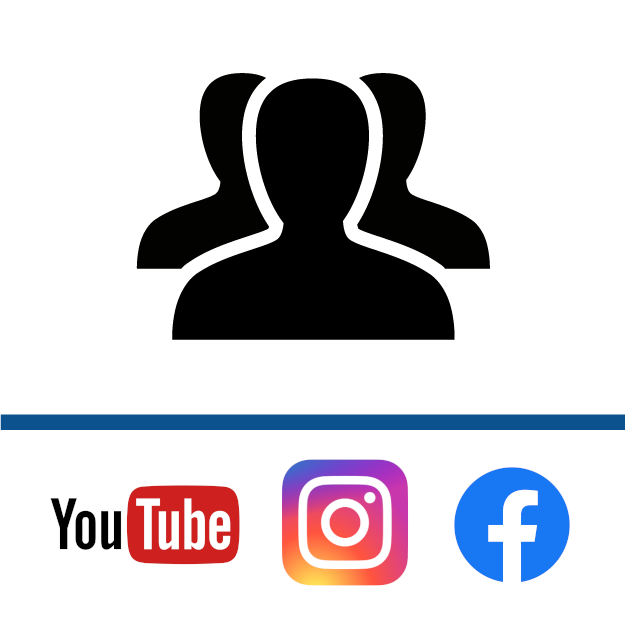 CLAIM
There are U.S.-funded bioweapon labs in countries surrounding Russia; “Pentagon Funded Bio-Weapons Labs in the Ukraine”
VERDICT more about the rating framework

DETAILS
Inadequate support: Russia has not produced credible evidence that substantiates their claim that there are U.S.-funded bioweapon labs in Ukraine. The claim misrepresents the U.S. Department of Defense’s Biological Threat Reduction Program, which is aimed at countering and reducing biological threats, not producing them.
KEY TAKE AWAY

Ukraine signed an agreement with the U.S. in 2005 to join the U.S. Department of Defense’s Biological Threat Reduction Program. The aim of this collaborative program is to “improve [partner countries’] capacity to detect, diagnose, and respond to the presence of dangerous pathogens and other threats”. These labs aren’t funded by the U.S., but are owned and funded by partner countries, namely Ukraine in this case. There is no evidence supporting the pro-Kremlin claim that these laboratories produce biological weapons. On the contrary, the goal of these laboratories is to reduce and counter biological threats.

Following Russia’s invasion of Ukraine on 24 February 2022, social media platforms saw an uptick in posts claiming that the Pentagon funded bioweapon labs in Ukraine, such as this Instagram video by Greg Reese, a content producer for the disinformation outlet InfoWars, and this Instagram post, in which a spokesperson for the Chinese government called on the Pentagon to disclose information about biolabs in Ukraine. The latter post is likely based on reports by Chinese state-controlled media, like this one by CGTN. Fox News host Tucker Carlson also made this claim; a video clip of his segment uploaded to YouTube on 9 March 2022 received more than 1.7 million views.

Multiple news reports have noted the proliferation of this claim in recent weeks, such as these articles by Washington Post and Foreign Policy. The claim that the U.S. funded bioweapon labs in Ukraine and in neighboring countries around Russia, with the implication that they pose a threat to Russia, isn’t new. In fact, they have circulated for years and are part of a longstanding false narrative disseminated by the Kremlin.

As Andrew Weber, a senior fellow at the Council on Strategic Risks and and former U.S. Assistant Secretary of Defense for Nuclear, Chemical and Biological Defense Programs, told FactCheck.org, this can be traced all the way back to the Soviet KGB’s Operation Infektion disinformation campaign in the 1980s, which spread the false claim that HIV/AIDS originated in a U.S. military lab. The director of Russia’s Foreign Intelligence Service, Yevgeny Primakov, later admitted in 1992 that the KGB did indeed orchestrate the disinformation campaign. And scientific studies have since shown that the virus emerged in animals and crossed over to humans later.

The recent claims misrepresent the Biological Threat Reduction Program, which is part of the U.S. Department of Defense’s Cooperative Threat Reduction (CTR) Program, also known as the Nunn-Lugar Program. The CTR program is a collaborative effort between the U.S. and countries in the former Soviet Union that began in 1991. As the U.S. nonprofit organization Center for Arms Control and Non-Proliferation explained, the aim of the CTR program is to “[secure] and [dismantle] weapons of mass destruction and their associated infrastructure in the former states of the Soviet Union”, owing to the stockpile of nuclear weapons left in these states following the Soviet Union’s collapse.

Ukraine partnered with the U.S. to join its Biological Threat Reduction Program in 2005. Contrary to the claim, the program is aimed at reducing threats from bioweapons, not producing them. The U.S. Embassy in Kyiv clarified in a statement that the aim of the Biological Threat Reduction Program is to “counter the threat of outbreaks (deliberate, accidental, or natural) of the world’s most dangerous infectious diseases”. Chris Park, the Deputy Head of the U.S. Delegation to the Biological Weapons Convention, stated at a U.N. meeting in November 2021 that these labs are owned and funded by partner countries, not by the U.S.

Weber told PolitiFact that there are no U.S. military-run labs in Ukraine and that these laboratories in fact “played an important role in stopping the spread of COVID-19”.

Apart from the misrepresentation of the Biological Threat Reduction Program, the claim also gained traction following statements made by U.S. Under Secretary of State for Political Affairs Victoria Nuland at a Senate hearing on 8 March 2022.

At the hearing, Senator Marco Rubio asked Nuland “Does Ukraine have chemical or biological weapons?”

Nuland replied by saying “Ukraine has biological research facilities, which, in fact, we are now quite concerned Russian troops, Russian forces, may be seeking to gain control of. So, we are working with the Ukrainians on how they can prevent any of those research materials from falling into the hands of Russian forces should they approach.”

Some, like political commentators Liz Wheeler and Dan Bongino, claimed that Nuland’s statements gave credence to Russia’s claim that there are bioweapon labs in Ukraine. But as in the case of the Biological Threat Reduction Program, this is again a misrepresentation of her statements.

In light of the attention Nuland’s statements received, Director of National Intelligence Avril Haines clarified during a Senate hearing on 10 March 2022, explaining that biological labs in general, even those in high schools and college, “all have equipment, or pathogens, or other things that you want to have restrictions around because you need to make sure it is being treated and handled appropriately”.

“We have to be concerned in the same way that we have to be concerned about a nuclear power plant or other facilities that when they are seized, and if they are seized, that there may be damage done or theft. And they may in fact misuse some of the material that’s there, that’s not intended for weapon purposes, but nevertheless can be used in dangerous ways or that can create challenges for the local populations.”

In other words, Nuland’s statements weren’t a confirmation that the Russian claim about bioweapon labs is true. Rather, she had attempted to highlight how lab material can be repurposed in malicious ways, even when derived from facilities that aren’t bioweapon labs.

Yet another springboard for the claim came from Bulgarian journalist Dilyana Gaytandzhieva, who alleged that the U.S. Embassy in Ukraine “deleted from its website all documents” about biological research laboratories in Ukraine, implying that there was something to hide about these labs.

However, the allegation is false, as the documents are still available on the Embassy’s website here, in the right-hand column labeled Fact Sheets. Gaytandzhieva’s false claim was amplified by others, with Chinese officials numbering among them.

6/ After Dilyana tweeted this, a number of others picked it up. @kylenabecker blogged it March 7, saying DoD were trying to 'hide' documents@SpokespersonCHN Chinese Assistant Minister of Foreign Affairs – March 9@zlj517 Chinese FM spokesperson – March 13#Ukraine pic.twitter.com/m6QjZCSoGa

Despite being debunked multiple times and no new evidence to the contrary, this claim continues to persist. In June 2022, Ben Swann, who formerly worked for the Russian state-controlled media outlet Russia Today (now known as RT), claimed that the Pentagon “finally admits” to having “46 U.S. funded bio labs in Ukraine”. The basis for his claim was a fact-sheet released by the U.S. Department of Defense on 9 June 2022, which explained:

“The United States has also worked collaboratively to improve Ukraine’s biological safety, security, and disease surveillance for both human and animal health, providing support to 46 peaceful Ukrainian laboratories, health facilities, and disease diagnostic sites over the last two decades. The collaborative programs have focused on improving public health and agricultural safety measures at the nexus of nonproliferation.”

Reading the fact-sheet itself makes it clear that Swann distorted its meaning to suit his narrative. He wasn’t the only one to do so. An article by Morning Star also misrepresented the fact-sheet, inaccurately claiming that it showed the U.S. “[admitted] to operating 46 biolabs in Ukraine”.

This false narrative by the Kremlin about bioweapon laboratories has proved to be versatile. In the case of Operation Infektion, it helped to foster distrust of the U.S. government. EUvsDisinfo, part of the European External Action Service, pointed out how the narrative served as a smokescreen to distract people from Russia’s own use of chemical weapons, as we have seen in the Skripal poisonings and other similar cases. And in the case of Ukraine, it enables Russia to fabricate a pretext that justifies its war on Ukraine.

From a statement by the U.S. Department of State released on 9 March 2022:

Chinese state-controlled media is also serving as an instrument for disseminating pro-Kremlin disinformation. EUvsDisinfo cited examples of such content pushed by the Chinese government and affiliated media, like this Xinhua article and another by CGTN. “Chinese state-controlled media rely in their Ukraine coverage mostly on Russian sources, thus lending at minimum tacit support and amplification to the Kremlin narratives,” EUvsDisinfo observed.

This review was updated to include renewed claims that a fact-sheet by the U.S. Department of Defense shows that the U.S. funded 46 biological research labs in Ukraine.

This review was updated to address the false allegation that the U.S. Embassy in Ukraine deleted documents about biological research laboratories.

This review was updated to include additional information about Nuland’s statements during a Senate hearing on 8 March 2022.