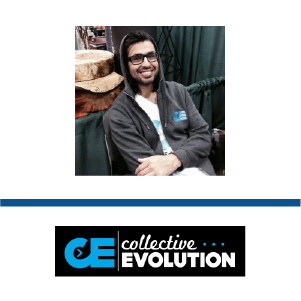 DETAILS
Unsupported: No reliable scientific evidence supports the claim that casein, the main protein in milk, causes cancer in humans. Casein is not considered a carcinogen (cancer-causing substance) by the International Agency for Research on Cancer of the World Health Organization and the U.S. National Toxicology Program.
Misleading: The article’s claim that casein can "turn on" cancer is based on a study of mice that were fed casein after they were infected with hepatitis B virus and developed liver cancer. In other words, the study didn’t actually examine the effects of casein in triggering cancer development.
KEY TAKE AWAY

According to the International Agency for Research on Cancer of the World Health Organization and the U.S. National Toxicology Program, the milk protein casein isn’t a known or possible carcinogen, which is a substance with the ability to cause cancer in humans. There isn’t reliable evidence indicating that casein causes cancer in humans. Studies haven’t shown a correlation between dairy consumption and cancer risk in humans.

FULL CLAIM: “Milk from cows 'has the most relevant carcinogen ever identified’ and ‘turns on cancer'“

An article published by Collective Evolution in January 2019 claimed that the milk protein casein is a carcinogen and “turns on cancer”. According to the article, the claim is supported by a book titled “The China Study”, authored by biochemist and professor emeritus at Cornell University, T. Colin Campbell. Campbell also made a similar statement in a video on his website. The article received more than 110,000 interactions on Facebook, according to social media analytics tool CrowdTangle. The video, which was published in 2014, received more than 18,000 views.

Campbell stated that he came to this conclusion after studying how the consumption of casein affected cancer development in animal models. However, the results of Campbell’s studies don’t support his statement. Two studies published by Campbell and his colleagues in the late 90s found no evidence that a high consumption of casein results in cancer[1,2]. Instead, those studies showed that larger casein consumption in rats and mice that were already exposed to risk factors associated with liver cancer, namely aflatoxin and hepatitis B virus, was correlated with higher growth of liver tumors.

In other words, these studies didn’t examine the effect of casein alone on liver cancer development. Furthermore, the studies were conducted using animals and may not represent conditions in the human body.

The claim that casein can “turn on cancer” is also based on Campbell’s description of his findings in animal studies[1]. However, this claim failed to mention the fact that the mice in these studies were already infected with hepatitis B virus, which itself is a known risk factor for liver cancer.

By changing the amount of casein in the diet of mice infected with hepatitis B virus, at different stages of liver cancer progression, Campbell and colleagues could influence tumor growth and incidence[1]. In other words, while they were able to regulate the tumor growth by changing the amount of casein that the mice consumed, this was only in mice that had already developed liver cancer caused by hepatitis B virus infection, not by casein.

In humans, there isn’t a correlation between dairy consumption—including milk, cheese, and curd—and a high risk of liver cancer, according to a recent meta-analysis of multiple cohort and case-control studies on the topic[3].

Indeed, the World Cancer Research Fund and the American Institute for Cancer Research (WCRF/AICR), which are agencies that study the causes of cancer, released a report in 2007 regarding the effect of different animal products, such as dairy and red meat, on cancer risk. The report concluded that milk probably decreases the risk of colorectal cancer, but that diets high in calcium probably increase the risk of prostate cancer. There was limited evidence for an association between milk and bladder cancer and insufficient evidence for other types of cancer. Other recent meta-analyses of cohort and case-control studies came to the same conclusions regarding the effects of animal products on prostate cancer[4], gastric cancer[5], and colorectal cancer[6].

Finally, casein isn’t recognized as a carcinogen, which is “an agent with the capacity to cause cancer in humans”, as defined by the U.S. National Institutes of Health. It is absent from the lists of known and probable human carcinogens provided by the International Agency for Research on Cancer and the U.S. National Toxicology Program.

Campbell’s book was criticized for numerous flaws in statistical data analysis and unsupported assertions in a review by neuroscientist Stephan Guyenet and Travis Masterson, a nutritional scientist and assistant professor at Pennsylvania State University.

In summary, the claim that the milk protein casein is a cancer-causing substance is unsupported by current scientific studies. There is no reliable evidence showing that people who consume dairy products or high levels of casein have a higher risk of liver cancer or other types of cancer.