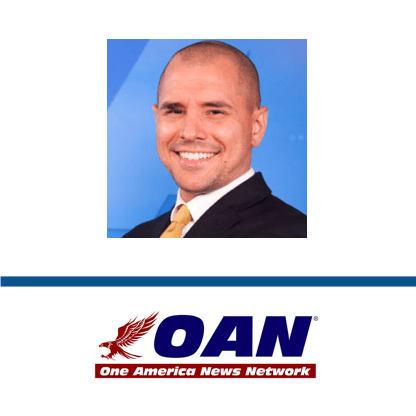 DETAILS
Inadequate support: The article didn’t provide any evidence supporting a causal link between the use of ivermectin and the sharp decline of COVID-19 cases in Uttar Pradesh other than regional government recommendation. Many other factors, including immunity from previous infection, vaccination, and lockdowns, likely helped reduce the number of cases. Public health authorities, including the Indian Council of Medical Research, currently don’t recommend ivermectin as a COVID-19 treatment due to the lack of evidence supporting its use.
Factually inaccurate: Only 34 of the 75 districts in Uttar Pradesh have been declared COVID-19 free so far.
KEY TAKE AWAY

After a second devastating COVID-19 wave, India experienced a sharp decline in the number of COVID-19 cases in many regions, some of them promoting ivermectin use. However, no evidence suggests that ivermectin recommendations are behind the drop in COVID-19 cases. Instead, this decline likely results from a high level of immunity among the population due to previous infections and COVID-19 vaccines, combined with control measures such as lockdowns. Public health agencies, including the Indian Council of Medical Research, discourage ivermectin use to treat COVID-19, due to the lack of evidence supporting its efficacy for preventing or treating COVID-19.

FULL CLAIM: 'The most populated state in India just declared they are officially COVID-19 free after promoting widespread use of the safe proven medicine'

Between March and May 2021, National Geographic reported that India was suffering the “worst COVID-19 surge in the world” that raised the country’s death toll to over 400,000. The number of daily COVID-19 cases peaked in May 2021, dropping quickly afterwards. Some claimed that the cause of this rapid decrease of cases was the widespread use of ivermectin in India. Health Feedback reviewed this claim and found it to be unsupported by epidemiological and clinical evidence.

In mid-September 2021, a similar claim that the Indian state of Uttar Pradesh had become COVID-19 free, proving the effectiveness of [the] ‘deworming drug’ Ivermectin” spread on outlets, including One America News Network (OAN), The True Defender, and Gateway Pundit. Versions of the claim received more than 100,000 interactions on social media platforms like Facebook, Instagram, Reddit, and Twitter, according to the social media analytics tool CrowdTangle.

The government of Uttar Pradesh started recommending the use of ivermectin to prevent and treat mild COVID-19 patients in August 2020. By comparing the epidemiological data in Uttar Pradesh with other Indian states and the U.S., these outlets suggested that ivermectin is more effective than COVID-19 vaccines to control the pandemic. However, no scientific evidence supports this claim, as we will explain below.

Figure 1. Daily number of confirmed COVID-19 cases in Uttar Pradesh between 4 March 2020 and 5 October 2021. Daily new confirmed cases are presented as the rolling 7-day average. Data and image from covid19india.org.

In September 2021, the regional government announced a 99% decline in the number of cases that some linked to ivermectin recommendations. However, Uttar Pradesh isn’t “COVID-19 free”, as some outlets claimed (see examples here and here). Although the state reported only 147 active COVID-19 cases as of 7 October 2021, only 37 of its 75 districts have been declared free of COVID-19.

Furthermore, the difference between the number of confirmed COVID-19 cases and the percentage of the population with antibodies against SARS-CoV-2 (seroprevalence) indicates that India is largely undercounting SARS-CoV-2 infections. This underreporting is unevenly distributed among regions, making it difficult to compare the epidemiological situation in different states.

For example, Kerala currently accounts for about half of the new COVID-19 cases in India. OAN and Gateway Pundit claimed that this was proof that this state, which they described as “over-dependent on vaccines and less dependent on Ivermectin”, failed to control COVID-19 cases. However, estimates from July 2021 based on seroprevalence studies indicated that, at that time, Kerala had a far more effective testing strategy than Uttar Pradesh. While Kerala detected one COVID-19 case every six, Uttar Pradesh only detected one case every 100. This means that Kerala doesn’t necessarily have more COVID-19 cases than Uttar Pradesh, but rather might have detected a higher proportion of them.

Ivermectin recommendation in Uttar Pradesh isn’t proof that the drug is behind the drop in COVID-19 cases; other factors, such as rates of previous infection, vaccination, testing, and other control measures, are likely involved

Simply because two events happened at the same time doesn’t necessarily mean that one caused the other. In other words, correlation alone doesn’t imply causation. Instead, this correlation can be coincidental or the result of a third “confounding factor” that affects the other two events. For instance, the fact that drownings increase at the same time that ice cream consumption doesn’t mean that eating ice cream causes drowning. What happens is that both events are more frequent when the weather is hot, which is the confounding factor.

Likewise, the ivermectin recommendation didn’t necessarily cause the current drop in COVID-19 cases in Uttar Pradesh, which can be due to other factors. In an article for The Conversation, epidemiologist Rajib Dasgupta explained that the sharp decline in COVID-19 cases in June 2021 might be due to the high proportion of previously infected individuals, combined with COVID-19 vaccination and increased testing.

Indeed, the fourth nationwide seroprevalence study conducted by the Indian Council of Medical Research (ICMR) in June and July 2021 showed that 67.6% of the population over the age of six had antibodies against SARS-CoV-2 as a result of either vaccination or previous infection. This figure is much higher than in the previous three national serosurveys (0.7% in May-June 2020, 7.1% in August-September 2020, and 24.1% in December 2020-January 2021)[1].

The fact that many people have antibodies against the virus means that a large proportion of the population is protected from disease to a certain extent, reducing the chances of new infections happening. In late July 2021, an article in the Hindustan Times reported that Uttar Pradesh was one of the states with the highest seropositivity rate (71%).

Interestingly, Kerala had the lowest seropositivity rate (44.4%). Notably, at that time, 35% of its population had received at least one dose of the COVID-19 vaccine and almost 20% were fully vaccinated. These statistics taken together suggest that the seropositivity was mainly the result of vaccination, not infection. This suggests that Kerala was more effective at slowing the spread of the virus in the early stages of the pandemic than in the rest of the country. In a New York Times article published in May 2021, health experts explained that this result was due to a combination of high investment in healthcare and rigorous testing and contact tracing strategies from the beginning of the pandemic.

Finally, OAN claimed that ivermectin allowed Uttar Pradesh to control COVID-19 “without the need of lockdowns” and other restrictions. This is false. The administration of Uttar Pradesh did implement restrictions to curb the spread of the virus, including a complete lockdown on 30 April 2021. The lockdown was extended several times across May 2021, followed by night and weekend restrictions until September 2021.

We don’t know whether state recommendations translated into greater ivermectin use among the population; no evidence that ivermectin is effective against COVID-19

Uttar Pradesh’s government did release guidelines recommending ivermectin to treat mild COVID-19 patients in August 2020. However, this recommendation isn’t on its own proof that the Uttar Pradesh population used the drug more than populations in other states.

Furthermore, ivermectin has been promoted throughout the country at some point during the pandemic, particularly in some states such as Goa. And during the second COVID-19 surge, India’s Ministry of Health & Family Welfare included ivermectin as a possible treatment for patients with mild COVID-19. On 17 May 2021, the Indian Council of Medical Research (ICMR) followed suit, although it acknowledged the low quality of evidence supporting ivermectin use in COVID-19 patients. But like in the case of Uttar Pradesh, we don’t know whether these recommendations translated into greater ivermectin use among the population.

OAN’s claim that ivermectin is one of the “safest, most effective medicines in the world” is also misleading. This status only applies to the concentrations and conditions recommended for treating parasitic infections, not as an antiviral in COVID-19 patients.

Public health agencies, including the World Health Organization and the U.S. Food and Drug Administration, warn about the lack of clear evidence supporting claims about ivermectin’s effectiveness in reducing disease severity, hospitalization, or mortality in COVID-19 patients. Gideon Meyerowitz-Katz, an epidemiologist at the University of Wollongong in Australia, explained in his blog that most of the studies so far evaluating the effectiveness of ivermectin against COVID-19 have important methodological limitations, including small sample sizes and a small number of events.

Notably, one of the studies that contributed to positive assessments of ivermectin as a COVID-19 treatment was withdrawn in July 2021 over ethical concerns. As Health Feedback explained on numerous occasions (here, here, here, and here), more reliable studies didn’t find a benefit of the drug in COVID-19 patients. In a July 2021 Cochrane review of 14 previous studies, the authors concluded, “we are uncertain whether ivermectin reduces or increases mortality compared to no treatment”[2]. Given the lack of evidence supporting ivermectin’s use, the ICMR removed this drug from the September 2021 update of its COVID-19 treatment guidelines.

The claim that Uttar Pradesh is now COVID-19 free due to the use of ivermectin is inaccurate and unsupported by scientific evidence. Uttar Pradesh isn’t entirely free of COVID-19, and comparisons with other states are challenging due to differences in testing capacity. Furthermore, many factors other than ivermectin use could have influenced the course of the second COVID-19 wave in Uttar Pradesh, including restrictions and immunity from previous infection and vaccination.

In addition, the quality of evidence supporting ivermectin use in COVID-19 patients is very low. For this reason, public health authorities don’t recommend the use of ivermectin for preventing or treating COVID-19 outside of clinical trials. Given all these uncertainties, we can’t determine whether ivermectin played any role at all in the decline of COVID-19 cases in Uttar Pradesh.