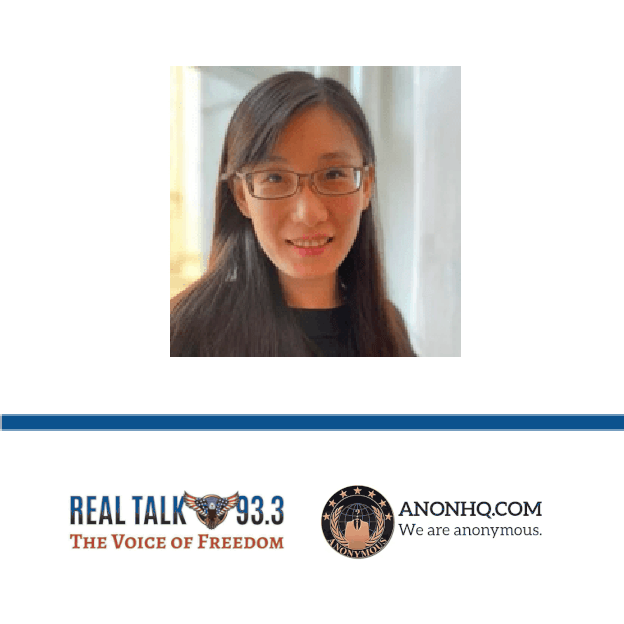 DETAILS
Inadequate support: To date, scientific evidence indicates that the virus SARS-CoV-2 is a product of natural evolution, not genetic engineering. Yan didn’t provide any evidence to support her claims that the virus was genetically engineered and deliberately released.
KEY TAKE AWAY

Claims that the virus SARS-CoV-2 was engineered in a laboratory haven’t been substantiated by evidence. The virus’ genome and evolutionary trajectory are consistent with those of naturally-occurring viruses. Based on the scientific evidence so far, the consensus held by experts is that the virus most likely emerged naturally, by evolving in animals before later jumping to humans (zoonosis).

FULL CLAIM: “Dr. Li-Meng Yan, a Chinese virologist, stated that the virus was ‘no accident.’ That it was lab-produced and released with intent”; “Dr. Yan fled China after providing evidence that the COVID-19 virus was created in a laboratory”

An article published by the website AnonHQ.com promoted claims by scientist Li-Meng Yan that the virus SARS-CoV-2 was engineered at the Wuhan Institute of Virology and released on purpose by the Chinese government. This isn’t the first time that Yan made unsubstantiated claims about the origin of COVID-19. In September 2020, Yan and her colleagues published a preprint, a paper that hasn’t been peer-reviewed by other scientists, claiming that “genetic evidence within the Spike gene of SARS-CoV-2” suggested that the virus was genetically manipulated.

The preprint was widely panned by experts; readers who are interested can find detailed scientific reviews of the preprint by MIT Rapid Reviews and the Johns Hopkins Center for Health Security.

Nevertheless, Yan’s claims reemerged following a 29 April 2022 interview of Yan by Joe Hoft, who publishes the Gateway Pundit, a website that promotes conspiracy theories and disinformation on subjects ranging from the Parkland School shooting to the U.S. presidential elections to COVID-19. That interview received more than 109,000 views and was also promoted by the Gateway Pundit in an article.

Despite the claim that Yan “[provided] evidence that the COVID-19 virus was created in a laboratory”, present in both the AnonHQ.com and Gateway Pundit articles, she has yet to actually do so. She presented no new evidence during the interview for her claims. Health Feedback reached out to Yan to request her evidence, and will update this review if new information becomes available.

Although the 2020 preprint by Yan and her colleagues provided a veneer of scientific evidence for her claims, experts who reviewed it pointed out several problems with their analysis. Health Feedback reviewed the preprint in detail here.

For example, Yan cited the presence of “unique restriction sites” in SARS-CoV-2 as evidence of genetic manipulation. Restriction sites are specific sequences in the genome, recognized by proteins called restriction enzymes, that researchers use to cut and manipulate genes. But these sequences aren’t unique to SARS-CoV-2. Virologist Kristian Andersen pointed out that the bat coronavirus RaTG also carries these sites, but Yan et al. had simply excluded it from consideration in their analyses. In fact, these sites occur commonly in nature: adenoviruses[1] and even plants[2] share some of the same restriction sites found in SARS-CoV-2.

Yan also claimed that a previously identified bat coronavirus ZC45 likely provided the genetic backbone for engineering SARS-CoV-2. Several experts pointed out that this was implausible, as ZC45 was only 89% identical to SARS-CoV-2. Marvin Reitz, a virologist at the University of Maryland, stated in his review of the preprint: “[I]t still would require more than 3,000 nucleotide substitutions [for ZC45] to become SARS-CoV-2. This is not even slightly credible; it beggars reason.”

Notwithstanding the criticism of the preprint, Yan and her colleagues published another preprint, this time claiming that known coronaviruses sharing genetic similarities to SARS-CoV-2 had simply been fabricated, in order to prop up the hypothesis that SARS-CoV-2 arose naturally.

But Emma Hodcroft, a postdoctoral fellow at the University of Basel and co-developer of the Nextstrain project that studies the evolution of pathogens, including SARS-CoV-2, pointed out that “most of the samples that Yan’s group says are fake predate the start of the pandemic”:

“‘This accusation implies there were years of coordination and fake sequence generation,” Hodcroft said, adding: “This is an incredible claim, and would require a significant evidence burden to back it up, which is missing from the paper.’”

To date, scientific evidence doesn’t support the claim that the virus was engineered. Scientists have examined the virus for signs of genetic manipulation, but have found none. So far Yan and her colleagues have failed to produce convincing evidence to the contrary.

During the interview with Joe Hoft, Yan also claimed that the virus was released intentionally by the Chinese government, once again without providing evidence to support her claim. This review refrains from assessing the veracity of this claim, because there is no evidence to either prove or disprove it. Similarly, the hypothesis that the virus was leaked from a laboratory still remains under consideration by scientists, as there is no evidence to support or refute it.

But one thing that scientists have determined with a high degree of certainty, based on the scientific evidence so far, is that the virus is the product of natural evolution[3]. Its genetic features and evolutionary trajectory are consistent with those of naturally-occurring viruses and can already be explained by known evolutionary mechanisms.