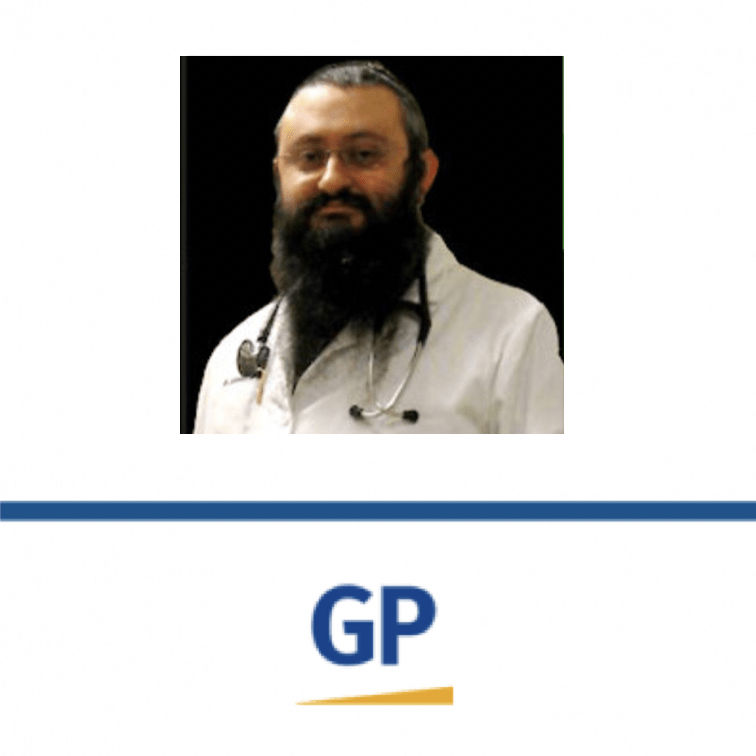 CLAIM
Zinc supplements can protect against COVID-19; Zinc “kills the virus” and zinc ionophores are a “a zinc delivery system” that “allows zinc to go from outside the cell to inside the cell”
VERDICT more about the rating framework

DETAILS
Unsupported: A 2010 paper showed that the combination of zinc and a zinc ionophore can lower the replication of coronaviruses in cell cultures. However, since the cell culture results were not confirmed in randomized clinical trials in humans, there is no evidence that this combination is effective against COVID-19 in humans. As for vitamin D, while some studies found an association between low levels of vitamin D and increased risk of catching COVID-19 and/or more serious COVID-19 outcomes, there is no evidence that this association is causal nor that vitamin D supplementation provides any benefit.

The combination of zinc and a zinc ionophore has been promoted as a way to treat COVID-19, including by family physician Vladimir Zelenko who is selling a dietary supplement called Z-Stack. However, while a 2010 paper found that the combination of zinc and a zinc ionophore can limit coronavirus replication in cells in a lab, there is no evidence that this combination works in humans. Zelenko also claims that vitamin D3 can boost immunity. But while some studies have detected an association between low levels of vitamin D and a higher risk of catching COVID-19 and/or worse COVID-19 outcomes, there is no evidence that taking vitamin D supplements boosts immunity.

FULL CLAIM: “Zinc is the bullet—it kills the virus. The only problem is the bullet doesn’t get to the place where it needs to be”; “Now, it turns out there’s a class of medications called ‘zinc ionophores’ […]—what they do—is they open up a channel, a door, which allows zinc to go from outside the cell to inside the cell.”; ; “Vitamin D3 levels between 50 and 70 virtually eliminate hospitalizations or admissions in the intensive care unit.”

On 6 January 2021, Gateway Pundit, a website that has consistently promoted conspiracies and published misinformation on numerous occasions (see here), published a piece promoting a dietary supplement sold by Vladimir Zelenko called Z-Stack. The piece claimed that Z-Stack, whose listed ingredients are vitamin C, vitamin D3, zinc, and quercetin, can kill the virus that causes COVID-19, SARS-CoV-2. As we’ll show below, this claim is unsupported by current scientific evidence.

Zelenko is a family doctor who rose to prominence in March 2020, at the beginning of the COVID-19 pandemic, after claiming his “Zelenko Protocol”—a mix of the antimalarial drug hydroxychloroquine, the antibiotic azithromycin, and zinc sulfate–had successfully treated hundreds of COVID-19 patients. However, as a 30 March 2020 Snopes fact-check explained, Zelenko “published no data, described no study design, and reported no analysis,” thus making his claim that the “Zelenko protocol” worked unsupported.

Furthermore, the effectiveness of hydroxychloroquine and azithromycin have since been evaluated in a number of “randomized clinical trials, observational studies, and/or single-arm studies,” and despite showing promise in in vitro experiments, which are done in cells or test tubes in a lab, the combination didn’t show clinical efficacy in humans. For this reason, the U.S. National Institutes of Health’s COVID-19 Treatment Guidelines Panel currently recommends against the use of hydroxychloroquine and azithromycin to treat COVID-19 in both hospitalized and nonhospitalized patients.

Zelenko has been promoting Z-Stack since at least April 2021, which is when the informational video about the supplement on Zelenko’s website was uploaded to YouTube. Beyond the Gateway Pundit piece, Zelenko promoted Z-Stack on a number of podcasts and shows, such as recent episodes of the X22 Report and The Charlie Kirk Show. In these, Zelenko claimed that zinc can block SARS-CoV-2 from making new copies of itself, but that zinc “needs help getting into the right place [cells]”. This help, Zelenko claimed, is provided by zinc ionophores, specifically quercetin and vitamin C, which he claimed “together form a functioning zinc ionophore”. Ionophores are molecules that can transport ions, such as zinc ions, across cell membranes, increasing their concentration in cells.

In interviews, Zelenko claimed that the combination of zinc and zinc ionophores can limit viral replication and that this has been known for years. To back up his claim on both the X22 Report and The Charlie Kirk Show episodes, Zelenko provided details for a single paper: a 2010 paper by te Velthuis and colleagues[1].

Despite Zelenko’s claims, the 2010 paper doesn’t support the use of zinc and a zinc ionophore to treat COVID-19. The paper describes a series of experiments in which researchers observed that zinc ions together with a zinc ionophore, pyrithione, inhibited the replication of SARS coronavirus in cell cultures[1]. Through in vitro experiments, the researchers concluded that this is because zinc inhibits the viral enzyme, RNA-dependent RNA polymerase (RDRP), which helps speed up viral replication.

It’s important to emphasize that this work was done in cell cultures, not in animals nor in humans. Cell culture research utilizes cells in controlled environments to explore a number of scientific questions, including early work exploring the safety and efficacy of potential drugs. In the 2010 paper, the researchers used Vero-E6 cells (also known as Vero C1008), which come from the kidney of an African Green Monkey (Cercopithecus aethiops).

The fact that the results in the 2010 paper come from experiments done in cell culture isn’t mentioned by Zelenko. While cell culture-based research is an essential step in the discovery and development of new drugs, before a drug can be approved for use in humans, it needs to go through a number of other steps, including laboratory and animal testing to determine if it’s safe, followed by clinical trials in humans to determine if it’s safe and effective.

The combination of zinc and zinc ionophores as a potential treatment for coronavirus infections hasn’t gone through these additional steps. A search for “((zinc) AND (zinc ionophores)) AND (coronavirus)” in PubMed, a database with over 33 million citations on life sciences and biomedical topics, found eight citations, one of which is the 2010 paper. Of the other seven citations, three are reviews (meaning that they summarize the current state of knowledge about a given topic, but provide no new data), one is a retrospective observational study, one is a commentary that raises the possibility that zinc ascorbate could prevent and treat COVID-19, one is an in vitro experiment, and one is a trial with 113 participants looking at COVID-19 prophylaxis (prevention). As such, despite Zelenko’s claims, there is no evidence that a combination of zinc and a zinc ionophore “kills the virus” in humans; so far, there’s only evidence that this combination limits coronavirus replication in Vero E6 cells.

Beyond zinc and zinc ionophores (quercetin and vitamin C), Z-Stack contains one more ingredient: vitamin D3. In the Gateway Pundit piece, Zelenko claimed that vitamin D3 boosts immunity and that “the studies all show [that] Vitamin D3 levels between 50 and 70 virtually eliminate hospitalizations or admissions in the intensive care unit. It optimizes their immune system”. This is also unsupported.

There have been a number of studies, especially early in the pandemic, that have found an association between low levels of vitamin D and higher risk of contracting COVID-19 and/or worse COVID-19 outcomes. There have also been studies that found no association[2].

Importantly, association does not imply causation. Association suggests that there is a statistical relationship between two things (in this case, between vitamin D and COVID-19 infection and/or outcomes), but on its own, an association doesn’t tell you if this relationship is causal. For example, it’s possible that low levels of vitamin D deficiency signal an overall poor state of health, but it’s the poor state of health that is responsible for worse COVID-19 outcomes, not the low levels of vitamin D.

More research is needed to determine if boosting an individual’s levels of vitamin D actually causes that person to be less likely to catch COVID-19; previous claim reviews by Health Feedback have emphasized the need for more research (see here and here). As for whether vitamin D supplements protect COVID-19 patients from more serious outcomes, a randomized clinical trial that gave either a high dose of vitamin D3 or placebo to hospitalized patients with moderately to severe COVID-19 found that vitamin D3 didn’t reduce the length of hospital stay compared to patients who received the placebo[3]. In short, so far there is a lack of convincing evidence that vitamin D supplements provide a benefit.

As for the whole of Z-Stack, ConsumerLab, a website that reviews health and wellness products like vitamins and supplements, reviewed the dietary supplement on 28 August 2021, specifically its claim that it boosts immunity. ConsumerLab reviewers noted that Z-Stack “does not appear to have been tested in any clinical trial”, and concluded that “there is no evidence that taking Z-Stack boosts immunity”.

In summary, both of Zelenko’s claims about the dietary supplement he’s selling, Z-Stack–that the combination of zinc and zinc ionophores can “kill the virus” and that vitamin D3 boosts immunity and eliminates hospitalization–are unsupported by current scientific evidence. In the case of zinc and zinc ionophores, while there is some promising evidence from in vitro experiments, these haven’t been confirmed in either animal models or in humans. As for vitamin D, while some studies have found an association between low levels of vitamin D and a higher risk of catching COVID-19 and/or more serious outcomes, this hasn’t yet been shown to be a causal relationship.