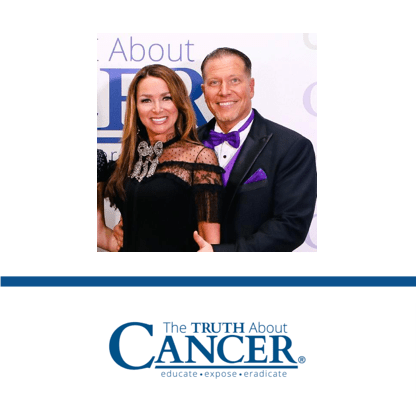 SOURCE: Ty and Charlene Bollinger, The Truth About Cancer, 13 Jun 2020

DETAILS
Unsupported: The Bill and Melinda Gates Foundation is a founding member of the Digital Identity Alliance, which seeks to provide secure and private digital identification to citizens of the world to provide better access to services. The program does not include any tracking system, nor is it related to the vaccination programs funded by the Foundation.
Inaccurate: The vaccination campaigns funded by Gates in Africa and India were safe. The severe events and deaths reported in the article are either false or were due to causes unrelated to the vaccines.
KEY TAKE AWAY

The Bill and Melinda Gates Foundation has committed millions to the improvement of health outcomes in developing countries through vaccination campaigns, becoming a prominent target of the anti-vaccine groups. During the last decade, the foundation has also been involved in the development of health-related technology which, along with its active support of the research of COVID-19 treatments and vaccines during the outbreak, has led to the growth of conspiracy theories worldwide. The claim that Gates wants to use COVID-19 vaccines to track the population is unsupported. The vaccines used in the initiatives funded by the Gates Foundation in Africa and Asia are approved and safe.

FULL CLAIM: “The nature of this virus is unique in a way not possible through natural means”; “Gates was busily working to establish global digital ID infrastructure long before the outbreak, which is now being promoted as a way to combat the virus”; Bill Gates, who has previously funded harmful vaccines in developing countries, plans to use COVID-19 vaccines to surveil the population

This article posted by The Truth About Cancer on 13 June 2020 is the third and last article in a series claiming that vaccines are dangerous and that individuals will be forced to accept a SARS-CoV-2 vaccine once developed. The article, titled COVID-19: Conspiracies, Vaccines, & Bill Gates, discusses a post by Old-Thinker News and an Instagram post from Robert F. Kennedy Jr. The many claims contained in the article have been mentioned in tenths of thousands of social media posts and videos, with some versions receiving more than 100,000 views.

The authors begin by falsely claiming that mainstream media and the U.S. government have acknowledged that the SARS-CoV-2 virus “probably originated in a secret bio lab in Wuhan”. The basis for this statement is a 17 April editorial article by the New York Post objecting to Facebook’s labeling of an opinion piece by New York Post contributor Steven W. Mosher as containing misleading information. As explained in a previous review by Health Feedback, Mosher linked COVID-19 with bioweapons research based on false and misleading statements that are not supported by current evidence. On 30 April, the U.S. Office of the Director of National Intelligence announced that “The Intelligence Community also concurs with the wide scientific consensus that the COVID-19 virus was not man made or genetically modified”.

The article also includes an entire post from 12 June by Old-Thinkers News which states that “Gates and the World Bank helped build a global digital ID structure before the COVID-19 pandemic”. The post is referring to ID2020, or the Digital Identity Alliance which was launched in 2016 by UNICEF, the World Bank, and the Bill and Melinda Gates Foundation. ID2020 seeks to provide digital identification to all citizens who desire it in order for them to obtain equal access to services, while improving privacy protections and giving them control over their information. However, the post uses the existence of ID2020 to make the unsupported claim that Gates intends to conduct global surveillance using COVID-19 vaccines.

This conspiracy theory mixes up two unrelated initiatives funded by the Gates Foundation: digital identity and vaccines. According to the ID2020 alliance, their aim is to grant access to essential goods and services in regions where national identification systems are not possible, such as developing countries. None of the technology involved in the initiative allows for the tracking or surveillance of citizens. The idea for this conspiracy theory comes from a Reddit thread in which Gates mentioned the possibility of a digital certificate for COVID-19 immunity.

The article also reproduces an 8 April Instagram post from Robert F. Kennedy Jr. containing false claims about vaccination programs that were funded by the Gates Foundation and conducted in partnership with the World Health Organization (WHO) and the Program for Appropriate Technology in Health (PATH). Specifically, Kennedy states that different vaccines against polio, human papillomavirus (HPV), malaria, meningitis, and tetanus, have caused severe side effects and deaths in Africa and India. Each one of these claims is reviewed below. The nephew of the former U.S. president John F. Kennedy and leader of the anti-vaccine group the World Mercury Project, Robert F. Kennedy Jr. is a popular source of vaccine-related misinformation, some of which have been reviewed by Health Feedback here, here, and here.

The claim that polio vaccines in India “paralyzed 496,000 children between 2000 and 2017”, has been widely debunked by AFP, Lead Stories, and PolitiFact. The oral poliovirus vaccine (OPV) contains an attenuated strain of the virus that can be excreted from the body while immunity is building. On rare occasions, the virus can mutate into vaccine-derived polioviruses (VDPVs) which are capable of causing paralysis. In populations with inadequate sanitization and low immunization coverage, an excreted virus may persist for long periods of time and start circulating among individuals (cVDPVs).

The oral polio vaccine does not cause polio in those who receive the vaccine, and immunization protects against both vaccine-derived and wild polioviruses. Hence cVDPV outbreaks occur only in underimmunized populations among individuals who are not vaccinated, as explained in another Health Feedback review. As Dr Pascal Mkanda, head of the WHO’s Polio Eradication Programme, explained in this November 2019 article, the solution to cVDPV is not to stop vaccinating, but to improve vaccine coverage. Since 2000, India has reported a total of 5,468 polio cases, only 17 of which were due to cVDPVs. After the last cases in 2010, the country was officially declared polio-free in 2014.

Kennedy’s statement that “by 2018, ¾ of global polio cases were from Gates’ vaccines” is also highly misleading. In 1988, when the Global Polio Eradication Initiative was launched, an estimated 350,000 children were paralyzed by polio each year. Although about 70% of polio cases worldwide in 2019 were due to cVDPV outbreaks, it is good to keep in mind that the total number of polio cases worldwide in 2019 stood at 539, a stark contrast to 350,000 in 1988. This massive reduction in polio cases has been due to polio vaccination. Overall, vaccination campaigns have eradicated polio from the vast majority of developing countries, preventing an estimated 16 million cases and 1.5 million deaths worldwide.

Kennedy also claims in his post that a 2009 “experimental” vaccine against HPV in India caused seven deaths, along with autoimmune and fertility disorders in 1,200 girls. The vaccines he refers to, Gardasil and Cervarix, were far from experimental. They had already been approved in the U.S. and other countries years earlier. In fact, the aim of the 2009 study, conducted by PATH, was not to test the safety or efficacy of the vaccines, but to validate the use of cost-effective vaccines to reduce human papillomavirus (HPV) infections in low-income communities. As previously reviewed, extensive international studies confirm an excellent safety profile of the HPV vaccine with no serious side effects. In contrast, HPV-related cervical cancer killed 311,000 women in 2018, 85% of them in developing countries, and particularly in India.

The deaths of the seven girls in the PATH study were investigated and found to be unrelated to the vaccines, as previously covered by PolitiFact, Reuters, and Snopes. The Indian government absolved the organizations involved in the HPV vaccination study of all responsibility, and never sued or banned PATH or the Gates Foundation from operating in India, as it has been suggested. However, PATH did receive a warning for inadequately handling ethical consent.

The post also inaccurately claims that three different vaccination programs funded by the Gates Foundation in Africa caused severe side effects or deaths. The first program was a clinical trial for a malaria vaccine that Kenedy claims killed 151 African infants and caused “paralysis, seizure, and febrile convulsions to 1,048 of the 5,949 children”. This statement is a complete misrepresentation of the results published in The New England Journal of Medicine in 20111. To control for side effects of the malaria vaccine, adverse events and all-cause deaths were compared to two non-malaria vaccination groups. Only ten children manifested vaccine-related effects, none of them paralysis, and all recovered. Deaths were equally distributed in all groups and were due to causes unrelated to the vaccine. The study concluded that the vaccine reduced malaria in children by half of the incidence in the previous years. The effect of the vaccine persisted for one year without severe adverse effects.

The second program that Kennedy mentions is the 2002 MenAfriVac meningitis vaccine campaign, during which he claims that the vaccine caused paralysis in 50 children in Sub-Saharan Africa. This was reviewed by Africa Check and found to be false. After a complete vaccination campaign in Chad, a single town reported unusual reactions to the vaccine in 35 children and youth. Later, an unvaccinated child complained of the same symptoms. An investigation by a group of independent experts concluded that the events were not related to the vaccine, but to a mass psychogenic phenomenon. A 2013 study published in The Lancet showed that the vaccination campaign was highly effective and reduced the cases of meningitis in Chad by 94%2.

Finally, Kennedy repeats the old myth that the tetanus vaccine contains a sterilizing formula, a claim that the WHO has already debunked. Africa Check and Snopes have explained that the origin of this claim is a small clinical trial conducted in India in 19943. This study aimed to develop a birth control vaccine using human chorionic gonadotropin (hCG), a hormone necessary for pregnancy, coupled to a modified tetanus toxin as a carrier. This trial was wrongly linked to the first tetanus vaccination campaigns in Kenya, and the rumor of involuntary sterilization using tetanus vaccines began to spread. The use of pregnancy test kits, which were not suitable for assessing the presence of hCG in the vaccine, led to false positives that fuelled the rumours. However, laboratory analysis using a more suitable technique found no hCG in the tetanus vaccine.

The claim that vaccines are being used to sterilize the population was linked to Gates after he stated in a CNN interview in 2011 that vaccines “could reduce population growth”. As explained by Snopes, Gates was referring to the idea that population growth can be slowed not by birth control, but by reducing childhood mortality. The Foundation’s Annual Letter explains that there is a correlation between infant mortality rates and fertility rates and, as the number of kids who survive to adulthood increases, parents tend to have fewer children. This theory is still a subject of debate among the scientific community.

To support his claims, Kennedy cherry-picks an observational study published in EBiomedicine in 2017 to show that the diphtheria-tetanus-pertussis (DTP) vaccine increases child mortality4. The data analyzed is from immunizations in the early 1980s using the whole-cell version of the pertussis vaccine. The acellular version of the vaccine (DTaP) which is currently available provides shorter protection, but has fewer side effects. In addition, the study introduced an important bias by using a rather small sample size and including all-cause mortality events, many of them unrelated to the vaccine. More recent and extensive studies show that DTP vaccines are safe and effective in preventing disease5,6.