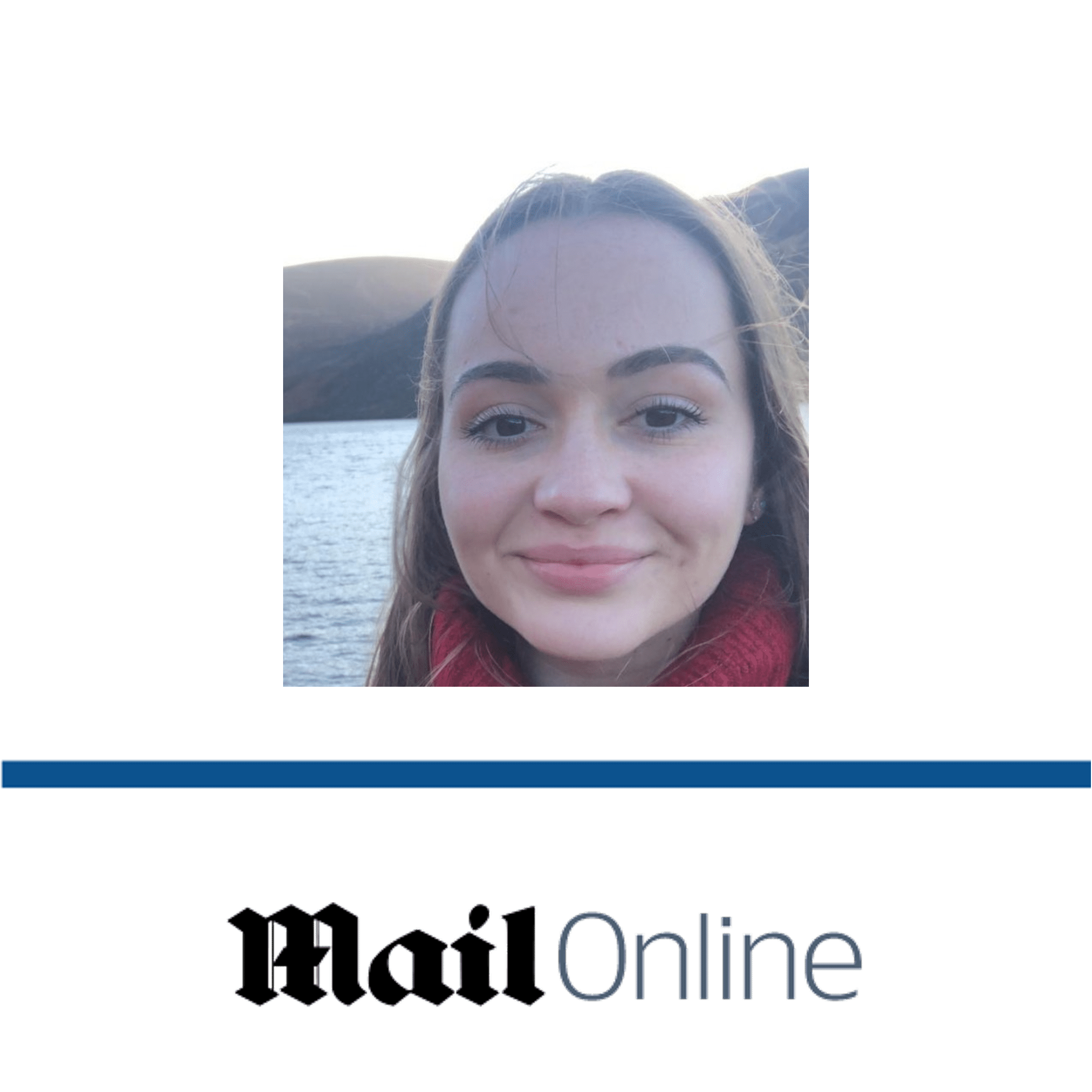 Researchers identified a new variant of HIV, named VB variant, which is characterized by a large number of mutations. Infections with this variant were associated with a higher viral load and a faster decline of the level of white blood cells. This means that patients infected by this variant could develop AIDS faster. Encouragingly, current HIV treatments appear to remain effective against this variant.

Although medical discoveries have led to treatments that significantly increase the life expectancy of HIV-positive patients[1], the HIV pandemic is ongoing: in 2020, there were 1.5 million new infections and more than 600,000 AIDS-related deaths.

In early February 2022, the Daily Mail reported that a new variant of HIV had been isolated in the Netherlands, making people sick “twice as quickly” because it “weakens the immune system faster”. According to the Daily Mail article, a study showed that infection by this variant would result in higher viral load in patients, meaning that patients carry a larger amount of virus, although currently available treatments remain effective.

Just like other viruses, HIV can mutate. These mutations introduce changes in the genetic sequence of the virus which may change its behavior, for instance by increasing or decreasing its virulence.

After examining the scientific credibility of the report, Health Feedback determined the coverage of this discovery to be accurate. The report is based on a study by researchers[2] belonging to a global research effort named BEEHIVE, aimed at understanding how genetic differences between HIV variants could explain why some variants have a worse impact on patients’ health compared to others.

To achieve this aim, the researchers gathered medical information about HIV-positive patients, as well as the genomic sequences of the HIV virus infecting them. In this way, the researchers detected cases of infection by a variant of HIV harboring many mutations, more than 250 in fact.

By comparing the VB genome with other HIV genomes, the researchers found that most of the mutations were new. While HIV emerged in the human population sometime around 1920 to -1930[3], the researchers estimated that the HIV VB variant appeared around 1998.

The Daily Mail report about that discovery also stated that the VB variant made people sick “twice as quickly”. This is also accurate. HIV infects important cell types of our immune system. This is why people suffering from an uncontrolled HIV infection later develop AIDS, making them vulnerable to a great number of infections and cancers.

Among the types of cells targeted by HIV are the CD4+ T cells, which play a crucial role in triggering and regulating the immune response. Therefore, one way to assess the severity of HIV infection is to monitor the decline of the CD4+ T cell population circulating in the blood. A healthy individual should have a CD4+ T cell count of 500 to 1600 cells/mm3. HIV-positive people whose cell count falls below 200 cells/mm3 meet the diagnostic criteria for AIDS and are exposed to risks associated with a weakened immune system. 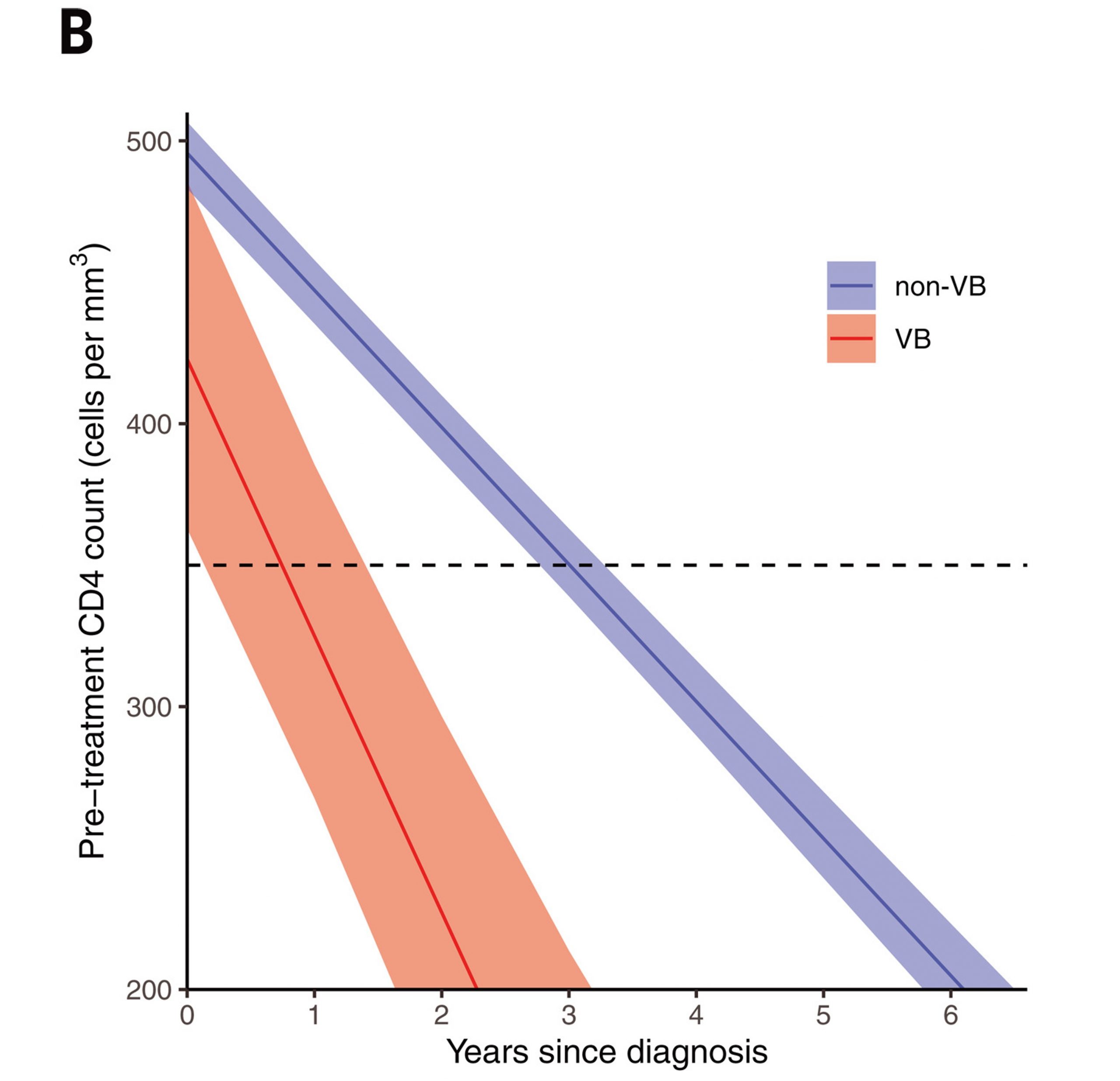 Figure 1. Model of the CD4+ T cell count decline for patients infected by the VB variant of HIV versus patients infected by non-VB HIV[2]. Time zero marks the point at which infection is diagnosed. Note that, at the time of diagnosis, patients with a VB variant already had a lower CD4+ T cell count. The dotted line represents the threshold of 350 cells/mm3, below which initiating treatment becomes a priority.

Patients with the VB variant usually exhibited a higher viral load than non-VB patients. However, even when adjusting the results to account for the difference in initial viral load, the decline in CD4+ T cells remained twice as fast in the case of VB variant infection.

The results taken together indicated that the poorer clinical progression in patients infected by the VB variant wasn’t because these people were demographically different from people infected by other forms of HIV or because of a higher viral load, but because the VB variant is intrinsically more virulent. At the time the study was published, the authors weren’t able to discover an explanation for the higher virulence because the large number of mutations in the VB variant makes it difficult to pinpoint the specific genetic features causing increased virulence.

The discovery has direct implications for the therapeutic strategy. International guidelines state that patients with a cell count lower than 350 cells/mm3 should be given priority to begin treatments owing to the imminent threat to their health. The model for the VB variant suggests a much more rapid decline of CD4+ T cells count, with patients infected by the VB variant reaching the threshold for treatment priority in less than a year after diagnosis, whereas it would take three years for patients infected with non-VB version of HIV. This means that clinicians would need to begin treating patients with a VB variant infection much earlier to forestall the development of AIDS.

In conclusion, the Daily Mail report accurately reported that a new variant of HIV bearing multiple mutations was identified in the Netherlands. This new variant is characterized by a higher virulence, which reduces the window of opportunity for clinicians to begin treatment in patients. However, HIV infection by the VB variants still appeared to respond well to currently available treatments.