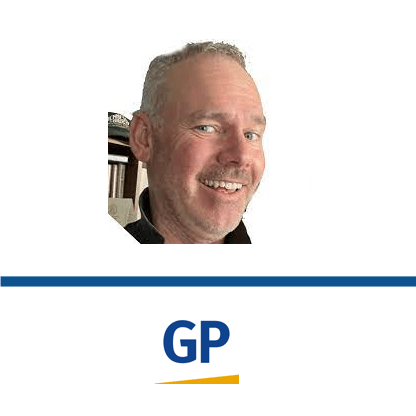 DETAILS
Factually inaccurate: Not all Omicron infections found so far are in vaccinated individuals, as the article in Gateway Pundit claimed. There are records of at least one infection in an unvaccinated traveler in Belgium.
Inadequate support: Claims suggesting a link between vaccination and the spread of the Omicron variant are based on very preliminary data from infections in international travelers and have no scientific basis.
KEY TAKE AWAY

The new Omicron variant identified in Botswana and South Africa contains more mutations than any previous variant. However, the circumstances that allowed the virus to accumulate so many mutations and their effect on contagiousness, vaccine effectiveness, and disease severity remain unknown. Researchers worldwide are trying to answer these questions to evaluate how much of a threat the new variant actually poses.

On 22 November 2021, the Network for Genomics Surveillance in South Africa identified a new SARS-CoV-2 variant called B.1.1.529. This variant presented an unusually high number of mutations, including 32 mutations in the spike protein. Some of these mutations are new, while others were already present in previous variants of concern, suggesting that this variant might be potentially more transmissible or resistant to COVID-19 vaccines. For this reason, on 26 November 2021, the World Health Organization classified it as a variant of concern with the name Omicron.

Following the WHO’s statement, false claims linking the Omicron variant to conspiracy theories started to circulate on websites and social media. Other posts suggested that Omicron spread particularly among fully vaccinated individuals and in highly vaccinated countries (see examples here and here). Some were even more explicit, like this article published in Gateway Pundit with the subheading “Omicron COVID Variant Found ONLY in Fully Vaccinated”. This article received almost 4,000 interactions, according to social media analytics tool CrowdTangle.

It is false that all the reported Omicron infections occurred among fully vaccinated individuals, as the article in Gateway Pundit claimed. The article based this claim on the fact that the variant was first detected in four samples collected from fully vaccinated individuals on 11 November 2021 in Botswana. As of 1 December 2021, the viral genomic platform GISAID recorded more than 300 Omicron infections in 21 different countries, including the U.S. and several European countries. Although information about the vaccination status of the individuals isn’t publicly available in most cases, there are records of at least one Omicron infection in an unvaccinated traveler in Belgium.

Also, it is important to keep in mind that the vast majority of Omicron infections were detected during routine testing of international travelers. Many countries impose restrictions, and some don’t permit entry to unvaccinated visitors, which may lead to an overrepresentation of fully vaccinated individuals among international travelers. If this is the case, we would expect that a majority of the Omicron infections detected at international airports are among fully vaccinated individuals.

The article in Gateway Pundit encouraged readers to share it with those “who blame this Omicron variant on the unvaccinated”. This phrasing suggests that the responsibility for the emergence or spread of this variant should fall on the vaccinated rather than unvaccinated individuals. This Facebook video also cited the infections in Botswana as evidence that the Omicron variant “was coming from four vaccinated people”.

However, the fact that the Omicron variant was first identified in fully vaccinated travelers in Botswana doesn’t necessarily mean that it emerged in or was spread by vaccinated individuals.

Data about the Omicron variant is still too scarce to know where it originated and how it spread. It seems that the variant circulated undetected for some time because several countries, including Germany, Belgium, and the Netherlands, found it in samples collected before South Africa reported the first cases. According to the WHO, the first known confirmed infection with the Omicron variant is from a sample collected on 9 November 2021, although the organization didn’t disclose its origin or the vaccination status of the individual who provided it.

Scientists still don’t know with certainty where the Omicron variant originated. But, in contrast to what the posts and article suggested, many public health experts directly link the emergence of this variant to the low vaccination rate in some countries. In fact, the WHO had warned about the potential danger of global vaccine inequity for months. Michael Head, a researcher in global health at the University of Southampton, explained in this article for Scientific American how the low vaccination coverage in many African countries might be behind the emergence of this new variant.

Some scientists speculate that the variant may have emerged from an animal host through a process called reverse zoonosis, which occurs when humans transmit an infectious disease to animals. Others favor the hypothesis that the variant originated from a person chronically infected with SARS-CoV-2, possibly an immunocompromised patient.

Indeed, several studies indicate that immunocompromised patients are at high risk for persistent infections and could be a source of potentially harmful SARS-CoV-2 variants[1-3]. Salim Abdool Karim, a clinical infectious diseases epidemiologist at Columbia University, suggested that the emergence of the new variant might be specifically linked to the high prevalence of the human immunodeficiency virus (HIV) in Africa.

In June 2021, Karim published a preprint, which is a study that hasn’t been peer-reviewed yet, describing the case of an HIV-infected patient who suffered a persistent SARS-CoV-1 infection for six months, starting In September 2020[4]. During that time, the patient developed the three mutations that characterize the Beta variant, first identified in South Africa in December 2020. This variant became rapidly dominant in the country, driving a second COVID-19 wave. Although there is no evidence that the Beta variant emerged in this particular patient, the report provides evidence of how prolonged infections can facilitate the emergence of new potentially dangerous variants.

No vaccine is 100% effective, and COVID-19 vaccines are no exception. Hence, a small proportion of fully vaccinated people can still get infected or develop severe disease. But this fact doesn’t mean that vaccines are useless or ineffective in controlling the spread of infectious diseases. As Health Feedback mentioned here and here, vaccines don’t need to block all transmission to benefit public health because their main goal is to prevent people from getting seriously ill or dying if they become infected. And all approved and authorized COVID-19 vaccines have proven highly effective against severe disease and death.

Preliminary evidence indicates that the Omicron variant has mainly caused asymptomatic or mild infections. However, more data are needed to evaluate its effects in terms of disease severity. The new variant is becoming rapidly dominant in South Africa and currently accounts for 74% of all the viral genomes analyzed in November 2021 in this country.

In summary, it is still too early to understand the conditions in which the unusual constellation of mutations in the Omicron variant emerged or how the variant spread. Therefore, claims linking this new variant to vaccinated individuals remain currently unsupported. There is also no data about how these mutations might impact viral transmissibility, the effectiveness of vaccines, and the severity of the disease. Until more data become available, any attempt to determine the circumstances that led to the emergence of this variant or predict its future behavior lies in the realm of pure speculation.