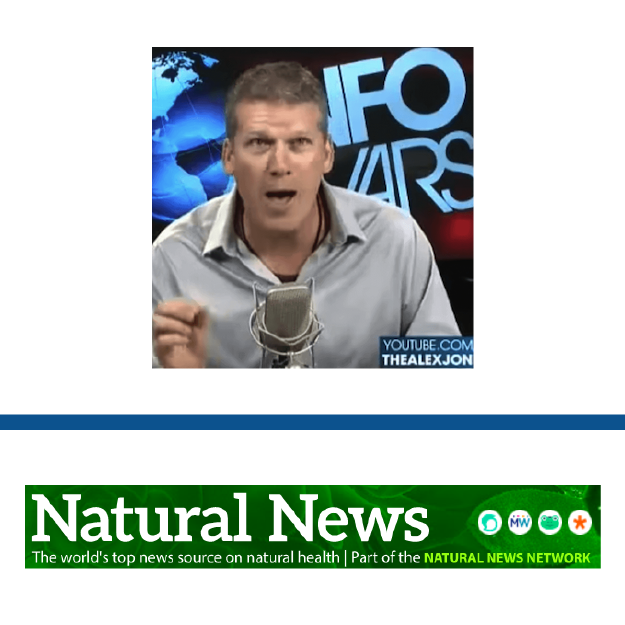 DETAILS
Inaccurate: Neither cancer genes nor the “entire genetic code” of a human is present in vaccines.
Inadequate support: The study from an Italian group cited in the video is a report that contains only the vaguest details about how the study was performed and has never been published in a reputable scientific journal.
KEY TAKE AWAY

While certain vaccines are produced using fetal tissue cell lines, these cells are not included with the vaccine and regulations for vaccine safety ensure that only trace amounts of fragmented DNA remain in vaccines. It is not possible for vaccines to contain the entire genetic code for a human or cancer genes. Furthermore, people undergo much higher levels of exposure to foreign DNA and/or cells in their everyday lives (e.g. through food) than they do through vaccines, so there is no cause for concern about the minuscule level of DNA fragments in vaccines.

This video by Mike Adams was published in October 2019 and went viral on Facebook during the same month, with more than 200,000 interactions (including more than 59,000 shares) and more than 300,000 views to date. In the video, Adams claims that “vaccines [have been] found laced with entire genetic code for abnormal human loaded with cancer genes”. This claim has also been propagated by outlets such as InfoWars and Children’s Health Defense.

Scientists who reviewed this video found the claim to be inaccurate. They highlighted that the study cited by Adams, which originates from an Italian group named Corvelva known for its anti-vaccine stance, has never been published in a reputable scientific journal. The report lacks even the most basic details of how it was conducted—such as the origin of the samples used for sequencing, the steps taken to isolate DNA for sequencing, the method of DNA sequencing, the raw sequencing data, and the way the data was analysed. In scientific publications, these details are normally documented in the Materials and Methods section and are important for allowing other researchers to replicate the experiments independently. In short, Corvelva’s report is incomplete and therefore lacks credibility.

Adams claims that “560 genes linked to cancer” have been found, but does not cite any study or data to support this. He also talks about how vaccines lead to “genetic imprinting” in children through vaccines. This is a misnomer—Adams appears to be referring to genomic imprinting, a phenomenon in which only one parent’s genes are expressed. People cannot be “imprinted” through vaccines, because the cellular machinery for gene expression is located only inside of cells, therefore free-floating DNA outside of cells cannot be expressed. While external DNA can be introduced into cells, this only occurs in highly specific, laboratory-controlled conditions (during a process called transfection) that do not occur in a living person.

People are exposed to much higher levels of foreign cells and DNA through other means, such as the bacteria and fungi that surround us every day and through sexual contact. Another example is organ and tissue transplantation, during which organ recipients receive large amounts of foreign DNA and intact cells from the donor.

Dr. Paul Offit also clarified this point in an ABC News report, explaining that “there are perhaps nanograms of DNA fragments still found in the vaccine, perhaps billionths of a gram […] You would find as much if you analyzed the fruits and vegetables you eat.”

Adams contradicts himself on numerous occasions in the video. At several points, he talks about how the use of aborted fetal tissue in vaccine manufacturing “is openly listed by the CDC and the FDA and the vaccine manufacturers”. This is true—such information can be found in vaccine product inserts. Yet he also talks about how this information is “censored”, which is not true—USA Today and ABC News covered this in 2015 and the Children’s Hospital of Philadelphia also discusses this topic.

1. “Vaccines [have been] found”: this is not based on a scientific publication published in a recognized scientific journal. It is important to remember that scientific publications need to be peer-reviewed and clearly detail the materials and methods used. All the statements here in the video are based on a purported study led by the Italian organization Corvelva, which is not a scientific institution but an association that takes a clear position against vaccines. The company running the sequencing work is also, mysteriously, not named: “the work has been carried out by a company in the USA, that routinely deals with human genome re-sequencing analysis” [this quote can be found in an archived version of Corvelva’s report].

2. “entire genetic code”: It is unlikely that we can find the entire human genetic code in the final vaccine product since FDA allows only a very limited presence of small DNA fragments in a vaccine. Based on the report from the World Health Organization (WHO), this limit is set at 10 nanograms (ng) per dose. The PRIORIX vaccine mentioned in the video strictly follows this regulation [PRIORIX is a vaccine against measles, mumps and rubella]. The WHO also reports that the viral inactivating agent used to prepare vaccines may also destroy the biological activity of these small DNA fragments [this is explained in page 7 of the WHO report]. This provides an additional level of confidence that small DNA contaminants in a vaccine are safe.

3. “loaded with cancer genes”: Corvelva’s study reports insertion and deletion in the DNA found in the vaccine. But there is no reason to conclude about the presence of cancer genes. The article jumps too fast to the conclusion and try to convince the reader about the statement with a funny justification: “There is no need to be a scientist to understand from the Circos, simply at a glance, that the vaccine genome is not a genome that can be defined as normal”. Sorry, I am a scientist and I don’t believe we can do this conclusion from the Circos presented [a Circos plot is commonly used to represent genomic data]. Again, there is a lack of transparency about the method and the data used in the purported study.

Going back to the video itself and its content, I think it is also important to clarify two other things:

Teja Celhar, Research Scientist, Singapore Immunology Network:
In this video, Mike Adams claims that an “organization out of Italy has completed the genome sequencing of some of the proteins found in common vaccines”. There are two major concerns about this claim:

The claim that the “establishment” tried to censor “everybody” about the fact that vaccines are being produced in fetal-derived cells is untrue, as the process has been always transparent and known since the 1970’s (see this previous review by Health Feedback). Viruses cannot replicate by themselves, so in order to make a vaccine (with an attenuated or dead virus), a host cell has to be used, preferably a human-derived cell.

The most common fetal-derived cells used in vaccine production were each derived from a single elective abortion: the WI-38 cell strain was developed in 1962 in the United States, and the MRC-5 cell strain was developed in 1970 at the Medical Research Center in the United Kingdom. Both cell strains were extensively studied and they are regarded as safe, as they have been derived from normal fetuses, have a stable karyotype and do not cause tumors when injected in experimental animals (again, see this earlier review for references).

Mike Adams claims that the genomic analysis revealed genetic abnormalities in these cells, but provides no reference or data to support it. He mentions “560 genes linked to cancer”, but provides no information on what these genes are and how they are linked to cancer. Additionally, these cells are not a part of the vaccine as Mike Adams claims, but just the “vessels” in which the virus, the main component of the vaccine, is being produced. As the purification of the viruses after production is not a 100% successful process, there will always be some residual molecules from the cells (in which the viruses have been produced) in the final vaccine formulation. The producers (i.e. pharmaceutical companies) have always been transparent about it.

The claim that this information has been censored is simply untrue, as the cell lines and other molecules used in vaccine production are publicly available. Mike Adams even states himself that you can find FDA “admissions” about the vaccine composition – except that these are not so much “admissions” as simply summaries of molecules that can be found as residuals in the vaccines, as the pharmaceutical companies are required by law to list them.

Mike Adams claims that they “have taken aborted fetal tissue cells from an aborted baby and they’ve cloned them and they’ve put them in the vaccine” – this claim demonstrates his misunderstanding of vaccine production. Again, these cells were “not put in the vaccine”, but used to replicate the viruses which are the main component of the vaccine and the residual DNA in the vaccine formulation is minimal. Humans are exposed to genomic DNA from viruses, bacteria and ingested food on a daily basis and pregnant mothers are exposed to fetal DNA for 9 months during gestation – the residual DNA present in vaccines is negligible by comparison.

We previously reviewed an open letter by Dr. Theresa Deisher claiming that fetal DNA in vaccines cause autoimmunity and autism – scientists found it to be of low scientific credibility.