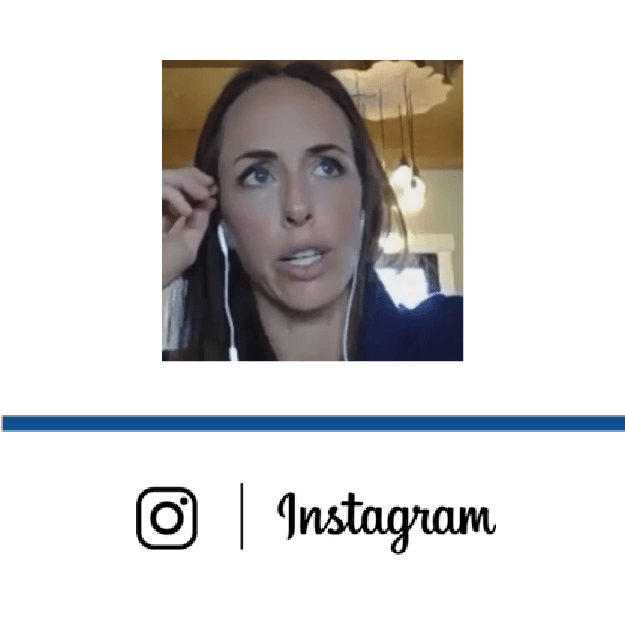 DETAILS
Incorrect: Several studies performed in various countries demonstrated that the hepatitis B and HPV vaccines are safe. These vaccines prevent diseases that can cause life-threatening conditions, like liver cancer due to chronic hepatitis B or cervical cancer due to the human papillomavirus.
Factually inaccurate: Newborns may suffer from dangerous bleeding due to vitamin K deficiency, which can be prevented with a vitamin K shot. Adjuvants are added to vaccines to enhance the immune response to vaccination. Vitamin K shots and vaccines serve entirely different purposes. Therefore, unlike vaccines, vitamin K shots don’t contain adjuvants.
KEY TAKE AWAY

Numerous studies support the safety of hepatitis B and HPV vaccines. These vaccines prevent potentially life-threatening diseases, such as liver cancer due to chronic hepatitis B and cervical cancer due to the human papillomavirus. Vitamin K injections are routinely given to newborns in order to prevent dangerous bleeding due to vitamin K deficiency. These shots are safe and the presence of preservative substances is not a cause for concern.

FULL CLAIM: “The entire vaccine schedule needs to be ripped down”; “Why are you giving a two-month-old a Hep B vaccine? Why are you giving Gardasil out when It’s banned in non-FDA regulated countries? Because it’s toxic. Why are you injecting newborns with vitamin k without any data when there’s adjuvants in it?”

On 18 November 2022 The Canadian History Podcast published an interview with Laura Braden on Instagram. Braden, who has conducted research related to sea lice and salmon immunology, stated in the interview that the childhood vaccination schedule should be “ripped down”, questioning the need to give the hepatitis B vaccine, the HPV vaccine (Gardasil), and vitamin K injections to children (just asking questions) and claiming that these are harmful. The interview was also shared on Rumble.

However, Braden’s claims are unsubstantiated by scientific evidence, which actually shows that these vaccines and the vitamin K shot are safe, as we will explain below.

Braden questioned the need for children to receive the hepatitis B vaccine. Hepatitis B is a liver disease caused by the hepatitis B virus (HBV). Despite the common misconception that hepatitis B only can be contracted by people who engage in high-risk activities that are unlikely to occur with children, such as illicit drug use or unprotected sex, children can also get hepatitis B through several other routes, as explained in this review by Health Feedback.

In fact, child-to-child transmission is a major route of infection during the first five years of life, according to the World Health Organization (WHO). This is because hepatitis B is transmitted when the body fluids of an infected person (such as blood, saliva, or tears) come into contact with an open wound or the mucosa of an uninfected person. And children are more likely to come into contact with each other’s body fluids, such as saliva and tears[1,2].

Furthermore, infants and young children infected with HBV are usually asymptomatic[3], increasing the risk of the infection going undiagnosed and untreated.

Notably, the virus can survive outside the body for an extended period of time, remaining infectious for up to seven days, according to the U.S. Centers for Disease Control (CDC) website.

Hepatitis B can cause an acute infection, which produces mild or no symptoms in some people, but can lead to acute liver failure in others, a potentially fatal condition that can require a transplant.

This virus can also cause chronic infection.There are treatments that can slow and even stop the progression of chronic hepatitis B infection, but this disease is incurable and increases a person’s risk of developing serious liver problems such as cirrhosis or liver cancer. In the U.S. alone, there were an estimated 862,000 people who suffered from this disease in 2016, according to the U.S. Department of Health and Human Services.

Age is a key factor affecting the outcome of HBV infections. The younger a person is, the more likely they are to develop chronic infection. About 33% of children below the age of six who become infected develop chronic hepatitis B, according to the CDC. This is in contrast to adults—less than 5% of hepatitis B cases in adults lead to chronic disease.

This is particularly pertinent in cases where Hepatitis B infection is transmitted from mother to child during delivery (perinatal transmission). If preventative measures aren’t taken after delivery, 40% of infants born to an HBV-infected mother will develop chronic hepatitis B. Among these infants, 25% will eventually die from chronic liver disease, according to the U.S. CDC. Perinatal HBV transmission can be prevented by providing the hepatitis B vaccine and hepatitis B immune globulin within 24 hours of birth.

The potentially grave consequences of hepatitis B infection in infants and young children illustrate the importance of vaccinating against the disease. Both the WHO and the U.S. CDC recommend universal vaccination against hepatitis B in a three-dose schedule, starting within 24 hours after birth. The complete vaccination series is 80 to 100% effective in preventing HBV infection and disease[4].

Hepatitis B vaccines provide long-term protection. One follow-up study reported that about 50% of vaccinated individuals had protective antibody levels 30 years after the primary vaccination series, and HBV vaccination was associated with a decrease in all-cause mortality and cancer-related mortality[5].

Human papillomavirus vaccines are safe and protect against infection, which is linked to several types of cancer

Braden also questioned the safety of Gardasil, claiming that it’s banned in countries not regulated by the U.S. Food and Drug Administration because it’s toxic. Gardasil is a vaccine that protects against the human papillomavirus (HPV). Claims that Gardasil is harmful aren’t new; this topic was already addressed in this review from Health Feedback in 2019.

The claim that Gardasil is banned in countries other than the U.S. is false. In 2011, it was approved in 121 countries, with more than 74 million doses distributed worldwide as of March that year[6].

HPV is the most common sexually transmitted infection in the U.S., with about 43 million HPV infections in 2018, according to the CDC. HPV can cause cervical cancer and other cancers, including cancer in the vulva, penis, anus, or in the back of the throat. It is estimated that HPV causes over 37,000 cases of cancer in the U.S. every year.

Several studies conducted in different countries have shown that HPV vaccines are safe. A large-scale study performed in Denmark and Sweden, which included almost a million participants, found no evidence of association between the HPV vaccine and autoimmune and neurological adverse events[8].

Studies that analyzed the combined findings of previous studies reached similar conclusions. A meta-analysis including more than 100 studies and 2.5 million participants found no evidence of an increased risk of autoimmune or neurological problems related to HPV vaccines[12]. A review of reports from the U.S. Vaccine Adverse Event Reporting System (VAERS) between 2006 and 2013 found no link between serious adverse events and the HPV vaccine in pregnant women and their children[13].

Vitamin K is key for blood coagulation; a shot of vitamin K prevents dangerous bleeding due to vitamin K deficiency in newborns

Braden also questioned the need for newborns to receive vitamin K injections, claiming that these injections contain adjuvants. Vitamin K are several substances that play a crucial role in blood clotting. Vitamin K deficiency increases blood clotting time, which leads to increased bleeding. Vitamin K is incorporated through the diet, and is synthesized by bacteria living in the intestine.

Babies are born with very little vitamin K, because vitamin K doesn’t cross the placenta well[14]. The low levels of vitamin K in newborns and infants can lead to dangerous bleeding, known as vitamin K deficiency bleeding. This can cause both internal and external bleeding, and this is especially dangerous when the bleeding occurs in the brain or other organs, as it can cause death or permanent damage.

Bleeding due to vitamin K deficiency can happen to babies up to six months of age. A shot of vitamin K can prevent this bleeding from happening by increasing the vitamin K circulating in the blood during the first days of life and providing a steady source of vitamin K that will be released during the following months, according to the CDC.

The American Academy of Pediatrics has recommended the Vitamin K shot for newborns since 1961. The implementation of vitamin K shots was considered a medical breakthrough, resulting in a decline in cases of bleeding due to vitamin K deficiency in the U.S.

According to the CDC, the main ingredient of the vitamin K shots is vitamin K, and the shots contain small amounts of other substances to keep the vitamin in good condition. One of these ingredients is benzyl alcohol, a preservative.

Overall, vitamin K injections are safe and prevent dangerous bleeding in newborns, which can cause death or permanent damage. The risks of these shots are the same as those of any other injection, including local pain, bruising or swelling at the place where the injection was given.

In conclusion, the existing evidence doesn’t support Braden’s comments questioning the safety of vaccines and medical treatments received by newborns and children. On the contrary, scientific evidence shows that hepatitis B and HPV vaccines are safe for children and prevent the onset of potentially fatal diseases. The same goes for vitamin K shots which prevent dangerous bleeding in newborns. The benefits of hepatitis B and HPV vaccines, as well as the vitamin K shots, far outweigh their risks.